W&W launched their NWYR project earlier this year, announcing that the pair will be working on a side project while on Hardwell On Air’s 300th celebration episode. NWYR were invited to perform on the A State Of Trance (ASOT) stage at Ultra Music Festival, pulling out a stellar set featuring a massive thirteen unreleased singles. As W&W have played the main stage at Ultra quite a lot over the years, this new project gave them some freedom to experiment with the tracks they play.

Within the NWYR set, they played a lot of ‘ID’s’, which we expect to be released in the near future as their NWYR project grows. They mixed this exciting unreleased music with some sing-along anthems such as Phil Collins’ ‘In The Air Tonight‘ and Ed Sheeran’s recent chart hit ‘Castle On The Hill‘ as well as Calvin Harris’ ‘Flashback’. Mixing all of this brand new music with chart anthems introduced the new project in a very successful and smooth way. Make sure you keep an eye out for this project as it’s certainly an exciting new route for W&W.

Check out the full set below:

The contundent energetic big room house track by the iconic Dutch duo W&W 'Thunder' is turning 7 years old today! The group formed by the producers Willem van Hanegem and Ward van der Harst, formed back in 2007, saw 2013 as the year of its final consolidation in the main EDM scene. After years and years of hard work trying to develop

Due to the current pandemic, no one is touring right now but it just means artists are getting even more creative with how they present shows via livestreams for their fans. With an influx of virtual festivals and events, it means fans can feel like they're at festivals every weekend which is pretty much the next best thing. One of 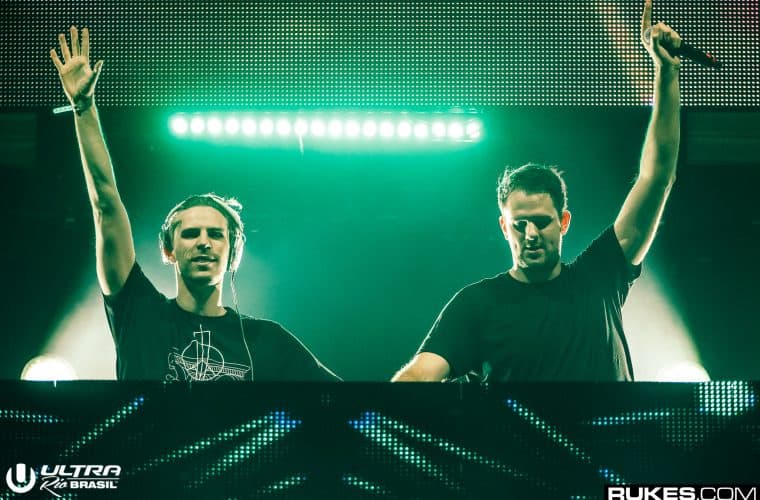 Dutch duo W&W are back with some fresh music, this time coming in hot via their trance alter ego NWYR. After a couple of months of silence, they have revived their side project and delivered the first release of 2020 'Heart Eyes'. The energetic track came as a nice surprise to the fans during these crisis times, especially since they