KSHMR releases new Samples and Presets pack along with 7 Skies

Sure to be one of the releases of the coming years for producers world over, it is with utmost hype that KSHMR has released another sound/sample pack this week. Combining forces with fellow producer and Standalone-Music head honcho 7 Skies, the L.A. based ‘Secrets‘ hit-maker has worked with actual instruments to combine their acoustics with the essentials of Electronic Dance music to provide aspiring producers and budding talents the right tools to hone their talent and build constructively to emulate success quite like his.

Titled the ‘Symphony – Serum Hybrid Orchestra,’ the sample and presets pack sees the two adept producers take real instruments and record them and depict them, accordingly, into wave-tables and make them available to use for producers – an aspect of production which had till now been out of reach for a majority of producers due to the high costs of such packages. The final product contains 160 presets and over 50 wave-tables – the former providing a large base to work with and the latter allowing the producers to try their own hand at synthesizing instruments to use them for production. All in all, the sample and presets pack release is quite a watershed for the production community and will surely allow upcoming producers to climb into uncharted musical territories.

You can check out the entire Symphony-Serum Hybrid Orchestra pack on Splice here.

This Monday. Unlike any synth soundset you’ve heard before 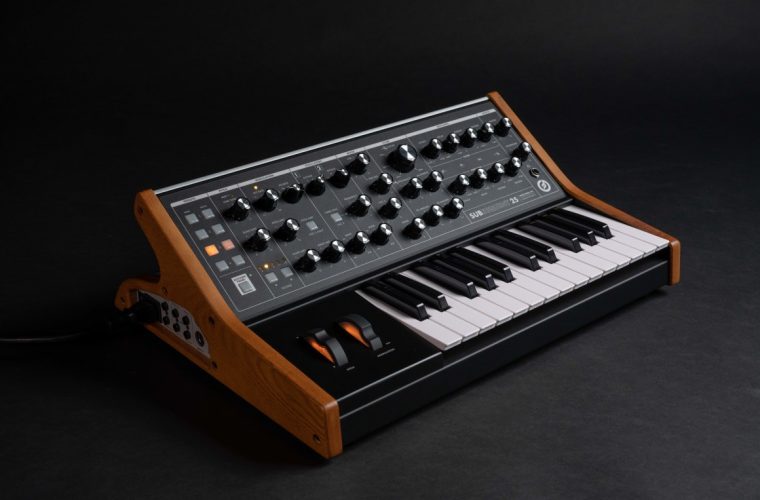 In collaboration with Flying Lotus, Moog have revealed their brand new "Subsequent 25" synth in a video announcement. The hardware, estimated to cost around $849, hits the marketplace to replace the gritty Sub Phatty machine. Packing new features and changes into

Ultra Music Festival is finally returning to its home location, Bayfront Park, in its hometown of Miami, FL. Breathtaking views onto Biscayne Bay, the iconic scenery of downtown Miami and the stages right in-between, and the whole music industry in one place for Miami Music Week.

One of the most exciting and highly anticipated releases for the end of the year is finally out now. 'Gypsy' is the latest release on KSHMR's imprint Dharma Worldwide as a collaboration between MR.BLACK, Mariana Bo and Futuristic Polar Bears. This is the first time the