Alan Walker discusses how to conquer YouTube at ADE

Always a fascinating event full of insightful talks and conferences, this year’s Amsterdam Dance Event (ADE) was no different with a particular highlight coming from a talk dominated by young prodigy Alan Walker. The DJ and producer, famed for his hit 2015 single ‘Faded‘, was part of a discussion that also included Moe Shalizi of Redlight Management, Vivien Lewit; the Global head of Artist services at YouTube & Google Play Music, and Gunnar Greve, Alan’s manager.

During the discussion, Alan Walker spoke about how he started learning music production from a young age, entwining it with his love of graphic design, which led to his consequent dominance of the EDM scene, with his knowledge of YouTube helping ‘Faded’ to so far garnering an incredible 1.3 billion views. Alan Walker’s manager added that YouTube is now the number one way for scouts and manager to pick up new talent, with the transcript of the talk below:

Question: How has Youtube helped you connect with fans?

Moe: Youtube has been a massive platform for us to expand globally. A perfect case for us is our song from Marshmello, “Alone” because we played it out with an independent label called Monstercat, and it wasn’t before we released the music video on Youtube that we got 30,000 subscribers and over 1M views in 24 hours. Now 13 months later its almost 800M+ views and the song is platinum now. We tried going with radio promotion and stuff but nobody would touch it really, and it shows what power YouTube has to really build something.

Question: Moe, you guys (Marshmello) just released “Silence” with Khalid, was it different for you this time around compared to your previous success with “Alone” ?

Moe: I think this time was different for us since this time was the first time we worked with a major artist outside the “dance world” but it’s kind of the same formula. 4 months out and it’s got 170M streams on Spotify it’s the #8 record globally on Spotify and the YouTube lyric video has 55M views, so it’s kind of the same thing, when you can serve the fans with content that touches and connect with them it’s the most impeccable.

Question: Alan, you just released “The Spectre” a month ago, which is the similar kind of  thing as “Faded” and the massive growth on your channel. As a whole, releasing “The Spectre”, you must be coming at it from a much different perspective to Moe, and Marshmello?

Alan: Well, “The Spectre” kind of has the same story as “Faded” because “Faded” was originally a song I wrote back in 2014. Back then it was known as “Fade” and then I updated it and “Faded” came together. It was kind of the same story with “The Spectre” because I added vocals on it, remastered, give it a brand new production, but still keep the core melody that the fans know. It was a gift to the fans, because they had been asking for it for so long and I think it was a perfect way to give back to the people who have been there since the very beginning.

“The Spectre” has been doing really well and the response from people has been overwhelming. What we also did was to make it copyright free, so content creators on YouTube could actually use this song for free without getting any copyright infringement or any kind of problem when using this song. I really wanted to give that opportunity to the gamers, because the gaming community is so big and they are constantly looking for new music to use in their videos and I think it’s really important that someone is giving them that opportunity. In the very beginning when I signed with NCS and released “Fade”, “Force”, and “Spectre”, they are an internet label that is dedicated to releasing free copyright music, and I think it is fantastic that they are focusing so much on the gaming community because it’s so massive and it is really really helpful.

It is definitely a testimony of the community you can find on YouTube. Gunnar, what do you think from your perspective differentiates YouTube in that way so you can build that community that Alan was describing?

Gunnar: First of all that was one of the things that surprised me the most when I met Alan Walker, and I really started to dig into this online gaming community and the Youtube universe in general, more than I had as a music manager and producer song-writer perspective was the fact that he and everyone he worked with communicated and interacted with on the platform used it as a community more than just a platform!

Cementing a spot as one of the industry's most in-demand names, Jake Gable has worked on highly successful press campaigns for the likes of Tiësto, MK, and Marshmello, as well as interviewing acts such as Oliver Heldens, Martin Solveig, NERVO, and many more, across Ultra Miami, EDC Las Vegas, Tomorrowland, Creamfields, ADE, and Ibiza. Doubling up as CEO of UK company The EVENT, Gable also works as a tour manager, playlist curator, dance music influencer, and DJ, under his JK-GBL alias. The UK-based journalist is best known for his breaking news story on Swedish House Mafia's return at Miami's Ultra Music Festival in 2018 (a world exclusive), and 'Avicii: The Truth...', an inquest into the EDM star's passing.

Jauz held a virtual concert on January 8th, 2020 as part of added anticipation for his 'Dangerous Waters' EP and North American tour.  The virtual concert consisted of showcasing a few tracks from his upcoming album as well playing classics 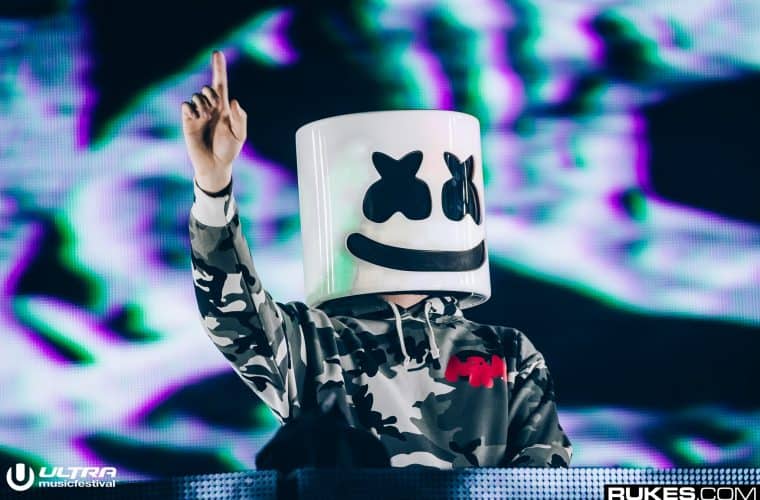 There is no denying Marshmello had quite the year in 2019. From taking home "favorite EDM Artist" at the American Music Awards to even being the first DJ to host a virtual concert on Fortnite which pleased over 10 million viewers. Marshmello is back