Russian power duo Matisse & Sadko unveil new progressive house stunner titled “Saga“. The track comes as a release on Garrix’s imprint STMPD RCRDS. The track is loaded with a gritty bass segment that clears out and becomes a melodic beauty. The duo told Billboard Dance that “We tried to create not just a festival record, but an epic melody with a heroic mood, which can easily relate to the title of the track,” Matisse & Sadko tells Billboard”. “Saga” has the artists names written all over it. The samples, instrumentation, and melody all come together in unison to deliver an epic pump up track on STMPD Records.

Based out of St. Petersburg, the duo have released loads of new music in the past few months. Including hits like “Mystery“, and “Built For Us“, the progressive house mavericks have struck gold with “Saga”. They are known for their blissful production style and unmatched energy. Their style has been very consistent throughout the years and they are lethal when it comes to bass heavy zingers or melodic gems. The duo have collaborated with the industries finest and remain as icons of a musical style and leaders of the progressive house genre. In their earlier years, their music was featured alongside the greats and was at par with Avicii, SHM, Zedd, and others.

Their track “Grizzly” was a gritty bass monster that really caught the ears of high profile DJ’s. Now check out “Saga” and see just what Matisse & Sadko are all about!

The Martin Garrix-owned label STMPD RCRDS has unveiled the complete line up that will be performing for the third edition of its virtual festival. After two successful festivals with lots of people following it, the Dutch discography has opted to go on with another chapter that will count with some of the most interesting names in the roster. STMPD RCRDS announced 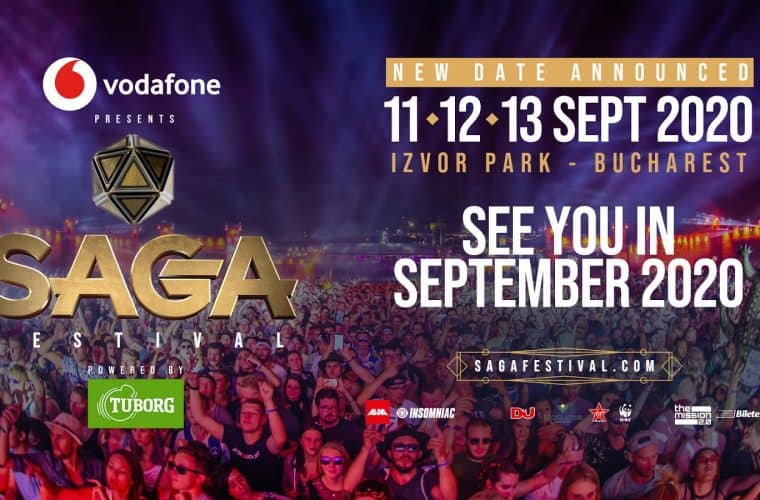 In one of the most exciting events of this year's summer festival season, event titans ALDA and Insomniac teamed up to create the very first edition of SAGA Festival. Taking place in beautiful Bucharest, Romania in Izvor Park, it was due to be one of the biggest events of the summer with a world class lineup featuring some of the biggest artists in the world

EDM heavyweights Nicky Romero and Deniz Koyu have teamed up for another spellbinding track in "Destiny" featuring Alexander Tidebrink. With two of the most established names in the progressive house game bringing their creative minds together once more, "Destiny" has landed in impressive style on Protocol Recordings. As an uplifting anthem to get you through these strange times, Romero and Koyu