Don Diablo crowned number #1 producer in the world by 1001Tracklists

Unlike the somewhat controversial DJ Mag Top 100 poll, a new poll – launched in recent years – has become a serious measurement of a producer’s success year upon year. The iconic dance website 1001Tracklists, compile a yearly list, ranking each DJ on how much/often their music has been supported across the circuit during the year. And unlike the DJ Mag list, which is based solely on public votes and popularity, this list comes down to cold hard facts and stats, rather than opinion. Amassing the analytics from their comprehensive database, the producers at the summit of this list will have seen their productions played across all the biggest festivals, garnering widespread support from their peers, and this year, there’s a new champion in town!

The Top 20 includes a wealth of the biggest name in the scene, including Steve Angello (#16) who released his ‘HUMAN’ album this year, and Swedish trio BROHUG (#15) who continue to grow meteorically. But the 1001Tracklists Top 10 is awash with EDM legends as Avicii secures a spot in the countdown, and is soon followed by Martin Garrix (#9), Sebastian Ingrosso (#7), Tiësto (#6) and Hardwell (#5). With Axwell sliding in to to take the bronze, Skrillex secures silver, and Dutch future house pioneer Don Diablo takes the gold medal for 2018.

.@DonDiablo continues his incredible run of productions, seeing major support across every release on his thriving @HexagonHQ label, and takes home the #1 prize in the 2018 #Top101Producers. pic.twitter.com/DHAQjbKZpu

Cementing a spot as one of the industry's most in-demand names, Jake Gable has worked on highly successful press campaigns for the likes of Tiësto, MK, and Marshmello, as well as interviewing acts such as Oliver Heldens, Martin Solveig, NERVO, and many more, across Ultra Miami, EDC Las Vegas, Tomorrowland, Creamfields, ADE, and Ibiza. Doubling up as CEO of UK company The EVENT, Gable also works as a tour manager, playlist curator, dance music influencer, and DJ, under his JK-GBL alias. The UK-based journalist is best known for his breaking news story on Swedish House Mafia's return at Miami's Ultra Music Festival in 2018 (a world exclusive), and 'Avicii: The Truth...', an inquest into the EDM star's passing.

Dutch EDM superstar Martin Garrix is back with yet another episode of The Martin Garrix Show. Over the past two weeks the young artist shared with his fans a flashback to 2018 Winter Olympics in PyeongChang, South Korea. In the first

Martin Garrix, the Dutch EDM superstar has just blessed us with some fresh music. After his hugely successful collaboration 'Used To Love' with Dean Lewis got an acoustic makeover, Martin is finally releasing his first original single of 2020 called 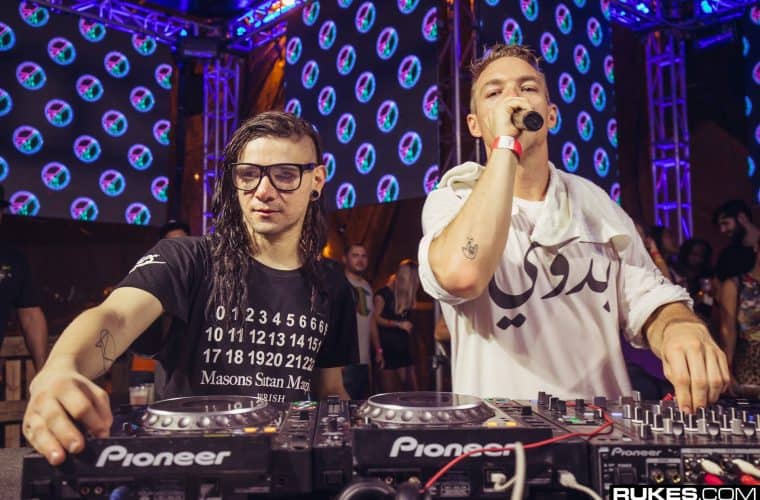