Robert McKeon Jr. known simply by his stage name 4B is someone who has been perfecting his skills for nearly half of his life already. At 26 years old, he has quickly become a rising whirlwind of talent and saw a huge rise in popularity with Aazar collaboration ‘Pop Dat’ back in 2015 which has over 12 million Spotify streams. The energy he brings with his life performances is truly unmatched and can turn anyone into a superfan on the spot with just an hour long set. Kicking off DJ Snake‘s label Premiere Classe with track ‘Whistle’, 4B is a true trendsetter and now he is back to blow minds with his latest release.

Uniquely combining trap and hardstyle, two hard-hitting sub-genres, ‘Told You’ is 4B’s most recent gift to the music industry. Returning to massive imprint Ultra Records for this track, he delivers a package of unforgiving beats wrapped up in one amazing track. With a simple vocal hook which is extremely effective in the setting of the track, it serves as the buildup to the drop. The drop is the true standout part of the track with signature hardstyle punches injected with trap sounds.

‘Told You’ serves as an announcement to the upcoming ‘Explosive’ EP which will be dropping soon. 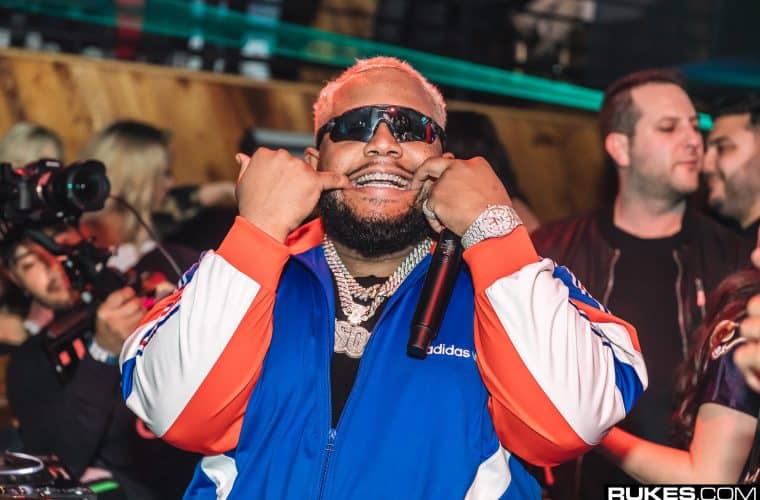 After making his debut as a solo artist with the release of his groovy single "Le Freek" out on Ultra Records, Los Angeles-based artist Sad Money is showing no signs of slowing down in the music industry. Working with icons such as Khalid, Pink, The Martinez Brothers and much more, Sad Money is truly a talented individual who shares a passion for writing, producing and

Last year the South African superstar known as Black Coffee blessed his listeners with a irresistible collaboration with Usher on 'LaLaLa.' Recognized for his diversified production style, Black Coffee has been stirring up his own pot in the electronic music scene. From sharing his perspective of South Africa's unique culture throughout clubs and festivals around the world, Black Coffee has also found himself