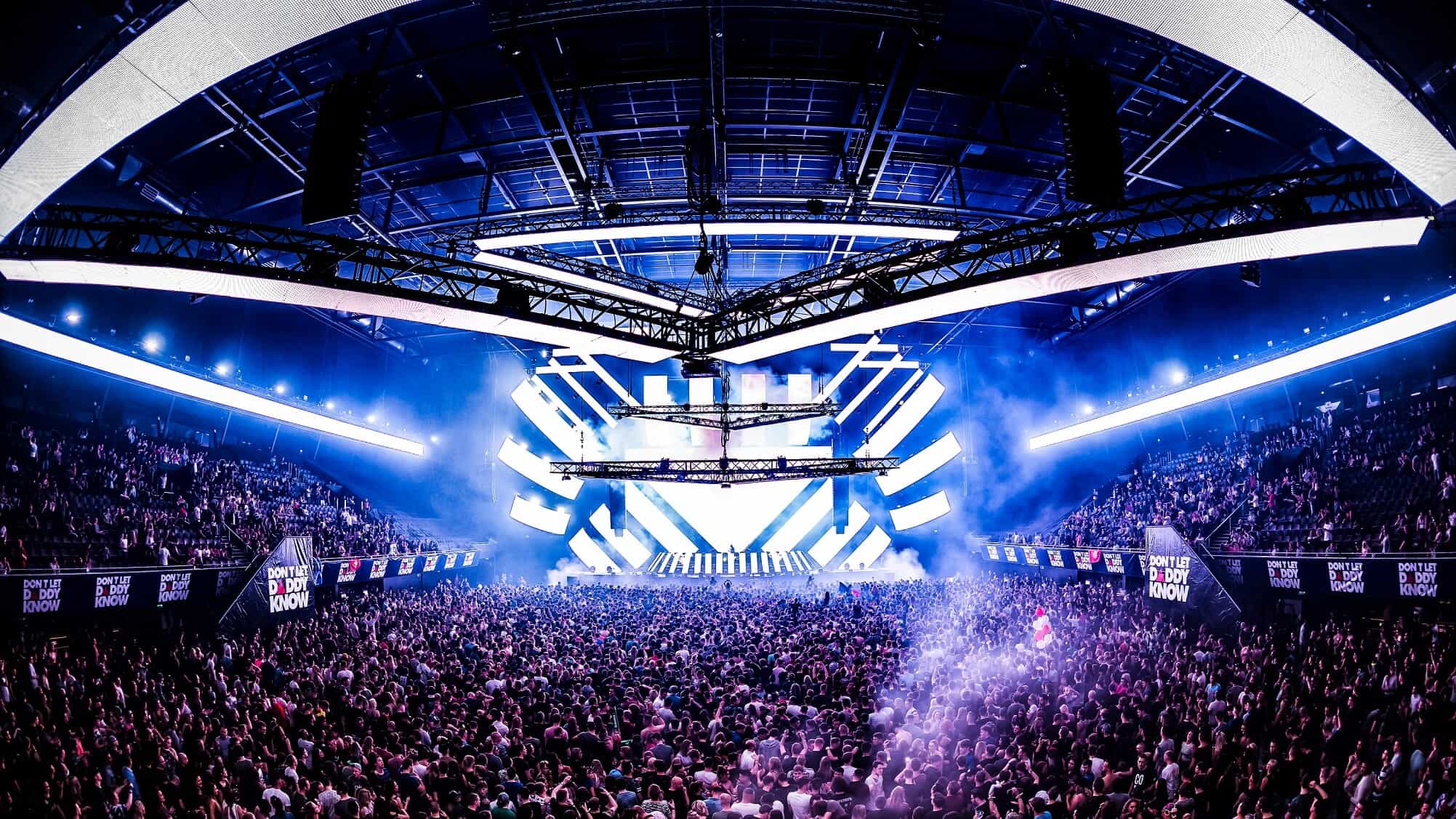 Being held at the iconic venue RAI Amsterdam, Don’t Let Daddy Know in Amsterdam is one of the biggest events in the year for the European electronic scene. Although the brand travels all over Europe to bring the finest DJs to energetic fans, its their Amsterdam edition that stands out as being the biggest and boldest of the DLDK roster and their 2020 edition is proving to be the biggest yet. Moving to a bigger venue from the Ziggo Dome, they will welcome around 30,000 attendees for a night they will never forget in a long time. The biggest star of the show though, is in fact the overwhelmingly star-studded lineup for the evening.

Not only have they expanded their venue, but they have expanded their whole event with not one, not two, but three stages. Mainstage, Area 2 – Sexy By Nature and Area 3 – Hardstyle will appeal to fans of multiple different genres and will please the masses who walk through the doors.

The mainstage will feature the main attraction of the evening, which is none other than the current reigning number one DJs of the world, Dimitri Vegas & Like Mike. Bound to rock the venue and bring the energy levels up to a record breaking height, fans will be treated to a spectacle. Joining them for jaw dropping b2b sets are Brennan Heart b2b Coone, Head Hunterz b2b Wildstylez and Sem Vox b2b Dimitri Vangelis & Wyman. If that wasn’t huge enough, then joining them to complete the mainstage lineup are Lucas & Steve, Mike Williams, Nicky Romero, Oliver Heldens, Showtek, Sunnery James & Ryan Marciano and W&W. This would all be absolutely insane on it’s own, but there’s two more areas to entice fans.

Next up is the Sexy By Nature stage. This is where Sunnery James & Ryan Marciano will play their second set of the night, and this time it’s a marathon 3-hour spectacle! Joining them are Third Party, Fedde Le Grand and Lucas & Steve for their second set also.

Last but not least is the hard-hitting, raw energy of the Hardstyle stage. Proving to have taken over as a genre, Hardstyle is growing in popularity in a huge way and Don’t Let Daddy Know have always been one step ahead of the masses. Coone will be the third artist to play twice, so if you’re looking to catch him again then this is the place. Adrenalize, Ben Nicky presents Xtreme, Da Tweekaz, Frontliner and Sub Zero Project will also be packing all the punches in their aggressive and hard-hitting sets which will all be hosted by everyone’s favourite MC, MC Villain.

Don’t Let Daddy Know takes place on Friday March 6 from 22.00 PM until 07.00 AM and tickets are available by clicking here (please note this event is strictly 18+ only).