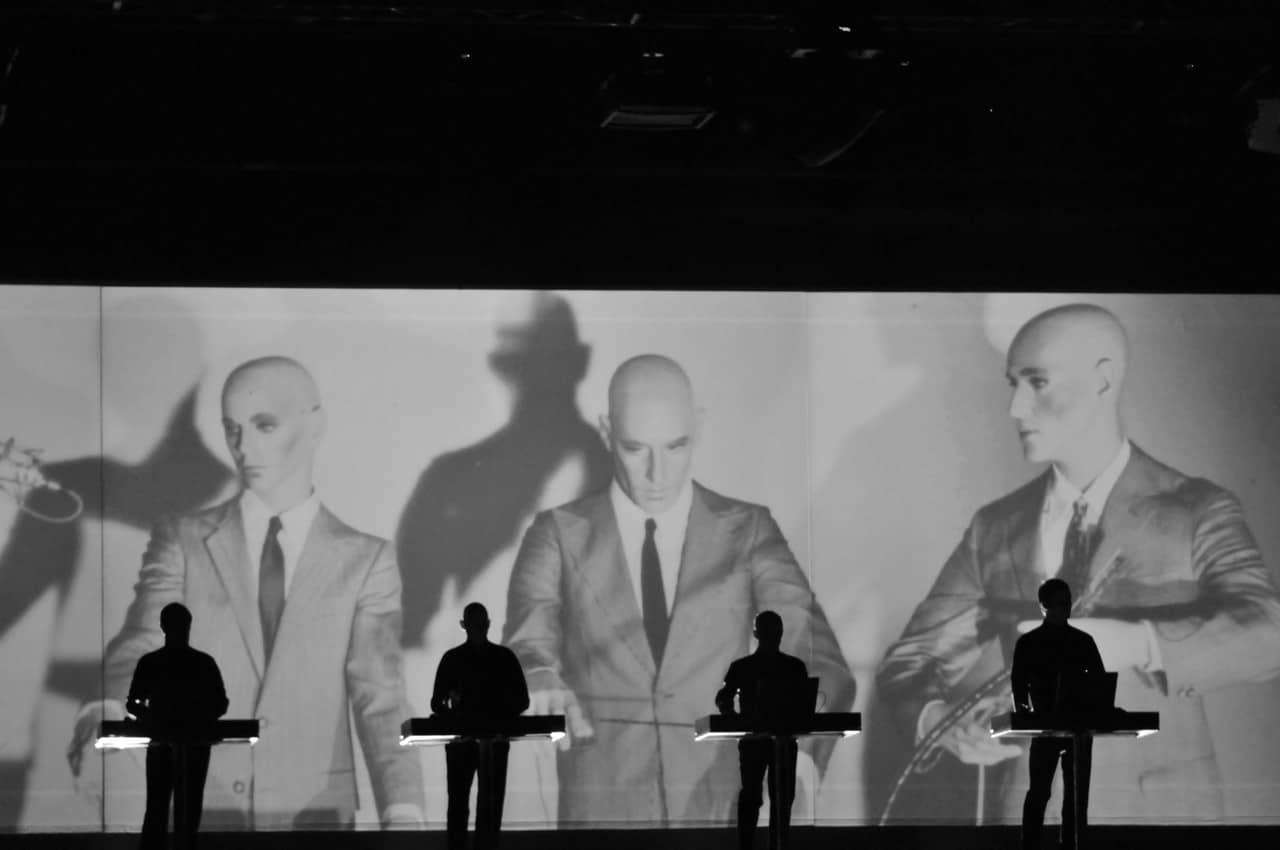 German electro pioneers Kraftwerk are celebrating their 50th anniversary in 2020 and for this special occasion the group is returning to North America for an exclusive 3D summer concert tour. This amazing spectacle has already proven to be hugely successful in the past, it combines mesmerising music, 3D visuals and an unforgettable performance. Kraftwerk truly are a work of art, or as they would say in German – “Gesamtkunstwerk”.

The multi-media group was started back in 1970, by Ralf Hütter and Florian Schneider, they set up their Kling Klang Studio in Düsseldorf, Germany, where they worked on all of the tracks and albums. Due to their revolutionary musical experimentation and inclusion of robotics and other technical innovations, Kraftwerk achieved international recognition and a huge fanbase at high speed. Their signature sound consists of synthetic voices, computerised rhythms and various innovative techniques. They have had a major influence across various genres, from electro, hip hop to techno. Their impact on the music scene can also be seen in the many Grammy nominations and prizes that they have gathered throughout the years.

The video above will give you a special insight into behind the scenes of their 3D shows and help you to get a better idea of what to expect if you decide to check out this spectacle during the summer months. One of the main things that Kraftwerk try to illustrate during the live performances is their belief in the respective contributions of both man and machine. Their shows have already taken place in some of the most incredible venues all around the world, for example Museum of Modern Art in New York, Tate Modern Turbine Hall in London, Opera House in Sydney, Foundation Louis Vuitton in Paris and many others.

The official ticket sales for the North American 3D summer tour will start this Thursday, 27th of February at 10am local time. Make sure to check their full tour schedule here and purchase your tickets before they sell out.