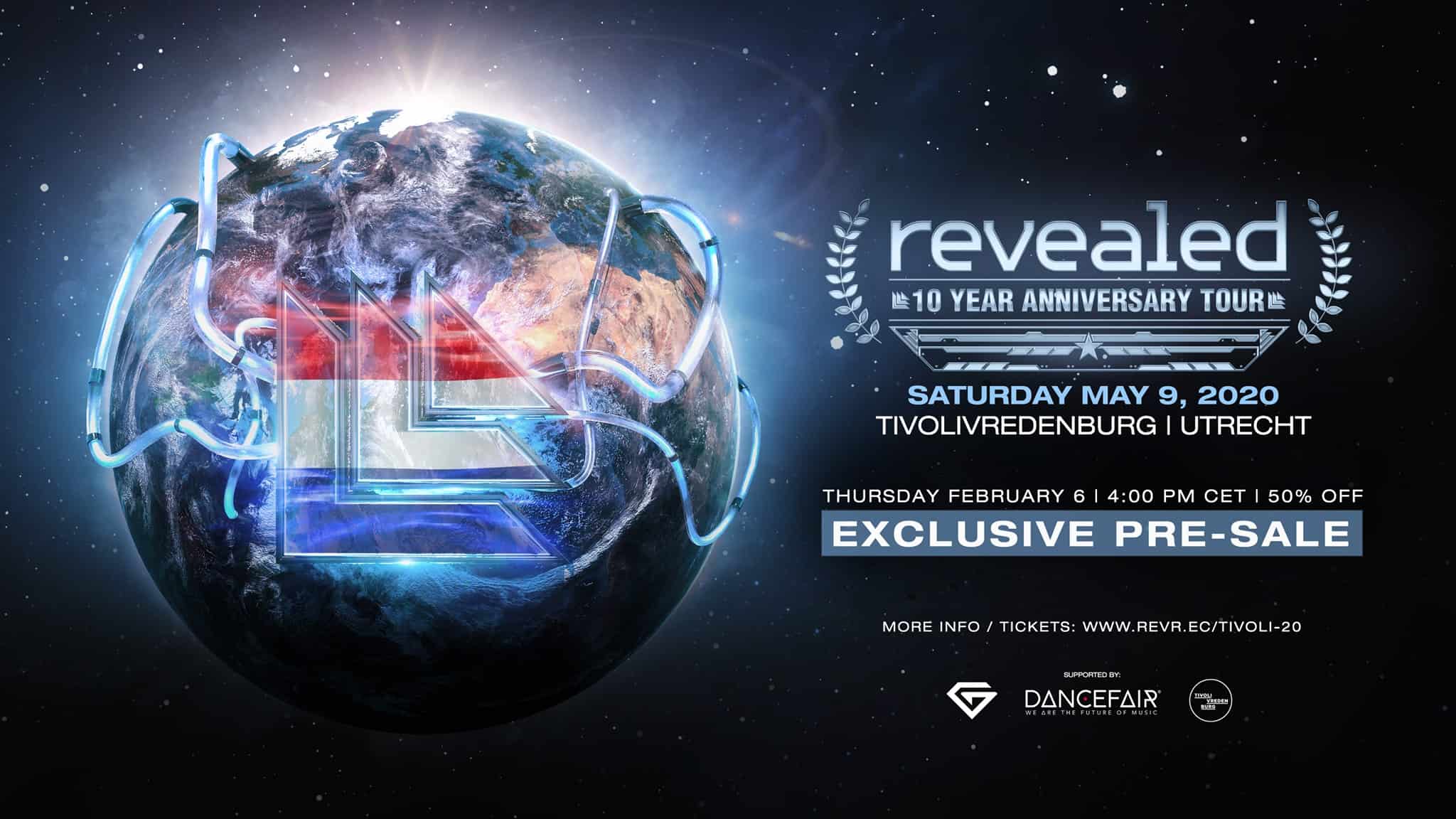 Revealed Recordings are continuing their monster 10-year anniversary tour with the announcement of a show at this year’s Dancefair. Taking place on May 9th & 10th, Revealed’s exciting show will take place on the 9th at TivoliVredenburg, Utrecht. While a lineup announcement is soon to be announced, there’s no doubt there’ll be a stack of A-list Revealed Recordings artists on display!

Like their November show at Germany’s prestigious Bootshaus, the highly-touted Dancefair event will host a pre-registration on February 6th at 4pm CET, where fans will have the chance to purchase tickets with a generous 50% discount – a lovely testament to their fans’ undenying loyalty.

Founded in April of 2010 by Hardwell, Revealed Recordings has served as one of the inustry’s leading record labels, pioneering the massive Big Room & Progressive House movement of the early 2010’s. This year, they’re set to embark on an anniversary tour in honour of their proud history. Thus far, just a handful events have been announced, including their Academy Nightclub show in L.A with Dannic & Sick Individuals (which took place earlier this month), Ultra Music Festival Miami and Bootshaus later this year. However, as many as 12 could be on the cards, according to this poster.

Be sure to pre-register for the Revealed Recordings 10-year anniversary show at Dancefair here!