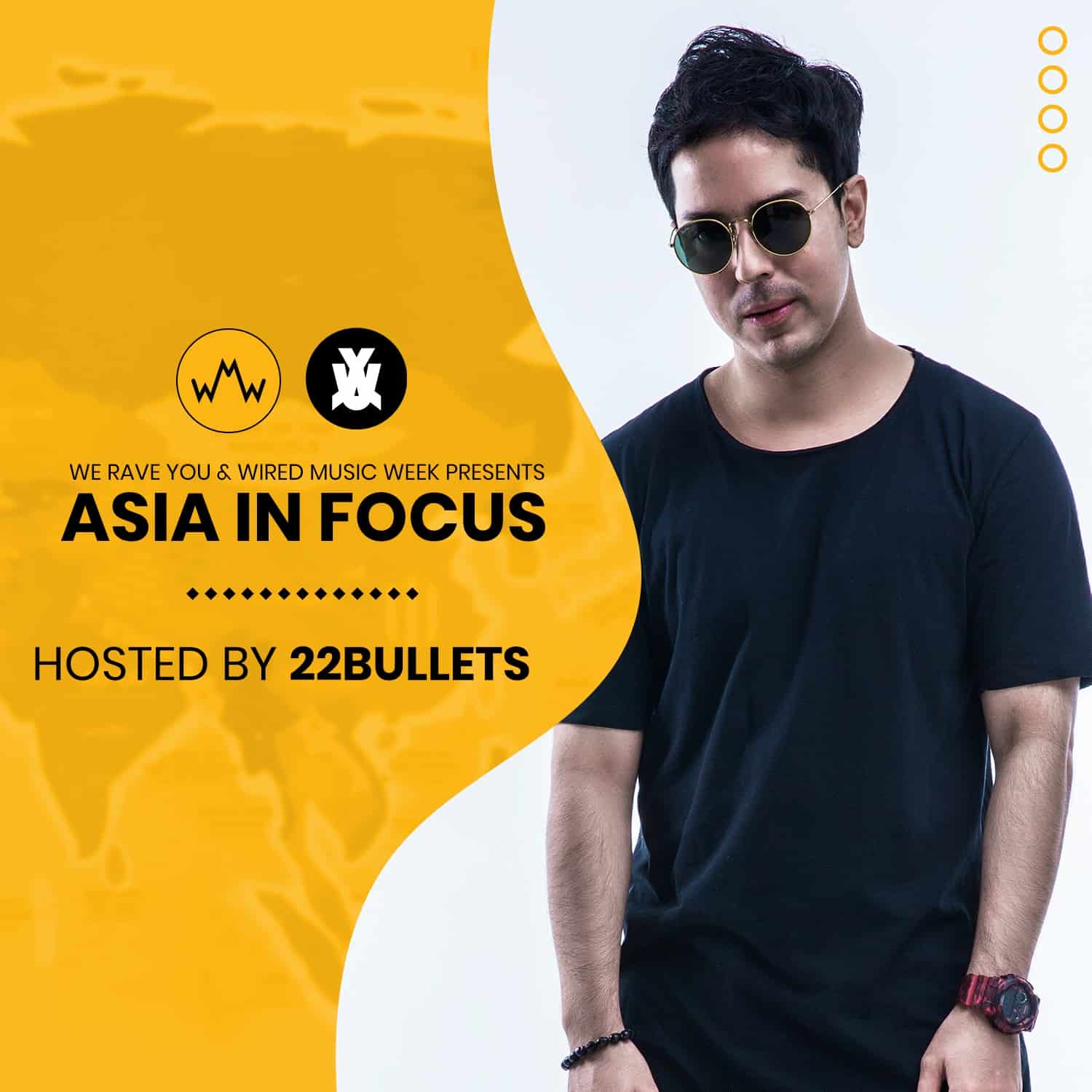 Wired Music Week (WMW) is the Asian equivalent of Amsterdam Dance Event (ADE). Showcasing the best in Asian electronic talent, it’s the place to be and this year it’s set to be bigger than ever. With a star-studded lineup of the likes of Laidback Luke who will be hosting workshops and talks, this years theme is centered around ‘sustainability‘ and will hone in on pressing topic such as how to sustain yourself as an artist or event and being eco-friendly too among a wide variety of other things, and We Rave You is getting in on the action also.

Working directly with Wired Music Week, we’ve teamed up with the event to co-host our own radio show. Titled Asia In Focus, it focuses on new talents coming directly from Asia to give up-and-comers a substantial platform to put a spotlight on their talents and bring in potential new fans from around the world and we’re starting with 22Bullets. Already building up a fanbase within the Asian scene, with a solid repertoire of tracks under his name, he’s gone on to win the remix competition for the Steve Aoki and Linkin Park collaboration ‘A Light That Never Comes’ and that’s just the start of his great achievements so far. Rocking the stage with the likes of Dimitri Vegas & Like Mike, Deorro, Steve Angello and plenty more, he’s ready for world domination.

Bringing his expert mixes to the Asia In Focus radio show, he’s ready to dazzle with a tracklist of epic proportions. Featuring the likes of ‘Young Money’ by DubVision, the Keanu Silva remix of The Chainsmokers hit ‘Call You Mine’ and some epic mashups as well as some 22Bullets originals, it’s bound to get the party started.