Rampage festival in Belgium still due to go ahead as planned

People are unsurprisingly worried about the events that they are due to attend in the aftermath of multiple Ultra events (including the main one in Miami) and Tomorrowland Winter among others being cancelled due to the coronavirus epidemic. Right now, it seems the world is in a state of panic and most large gatherings worldwide are getting the chop in an effort to contain the virus in their countries as much as possible, but one event is currently still going ahead. Rampage festival, hosted in Belgium, is an event that has had attendees questioning its status, but a Facebook post has just put all attendees’ minds at ease.

In this post, the organisers have confirmed that the sold-out festival due to take place March 13-14 is still going ahead as planned, as of right now. The festival stated that it is in close contact with the right authorities, no specific measures are required regarding any cancellations or changes. Stating that medical services on-site will be on high-alert, they are still prioritising health and safety but see no reason to not go ahead with the festivities, and will unite fans once again. In the wake of the virus spreading, they are allowing the use of 100 ml hand sanitizer bottles at their event and encourage attendees to bring their own.

Known as the biggest drum and bass and dubstep event in the world, it would have a huge impact if it did not go ahead. You can view the full statement by Rampage below and, as always, we will keep everyone updated if any changes are made to this event and any others within the electronic scene. 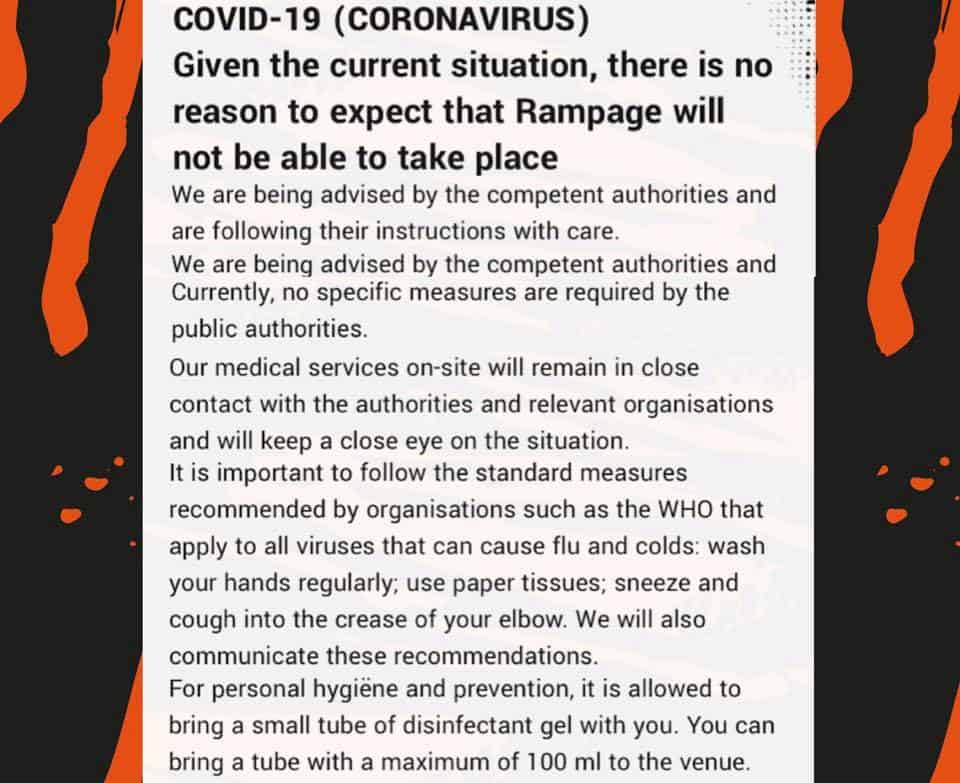