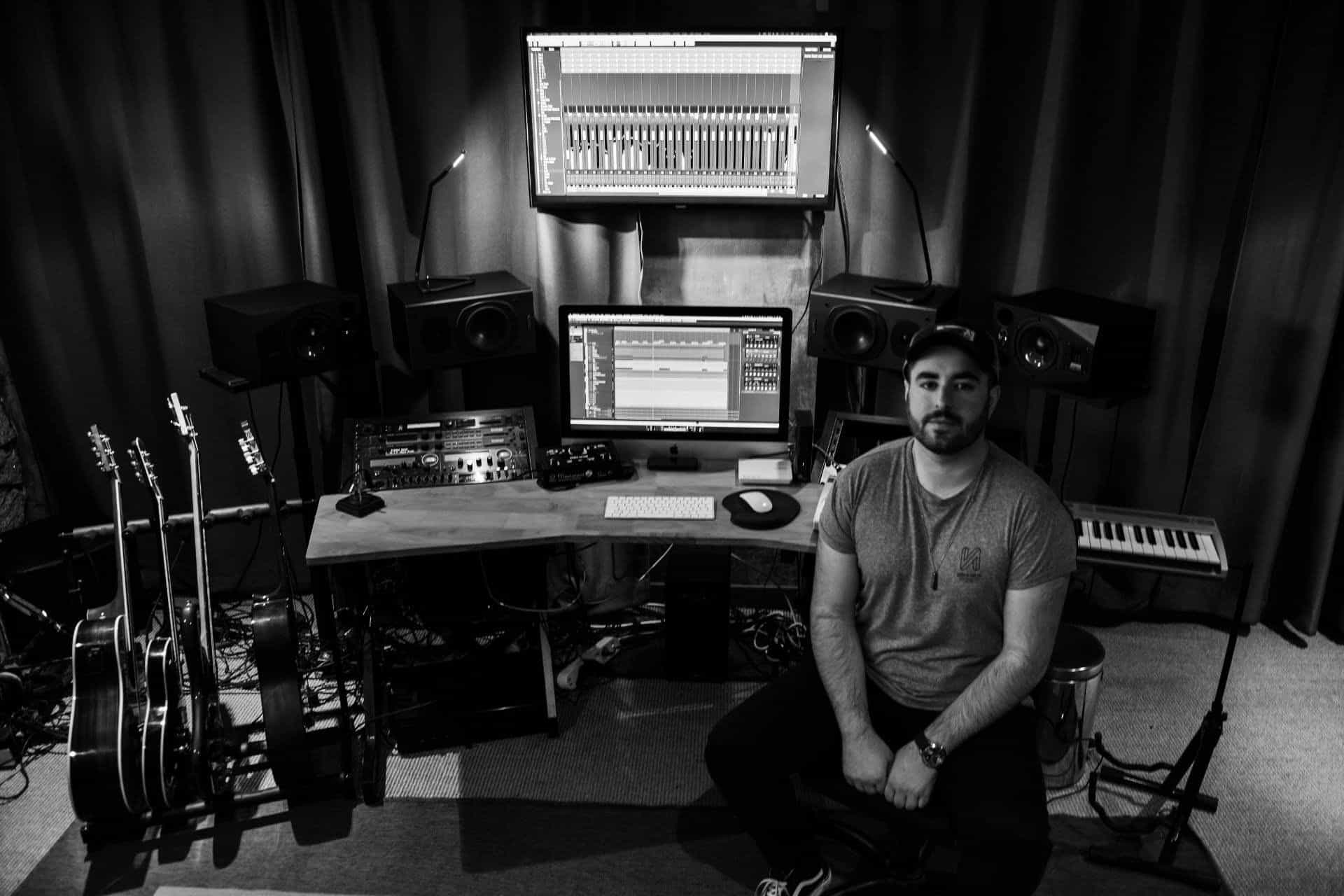 Making a name for himself as one of the fastest-rising talents in the electronic scene, Stevie Krash continues his meteoric rise, with his new single ‘Somewhere In My Heart’ already dominating DJ sets/live streams across the globe, just one week after release. A slick collaboration with Corey James released on Steve Angello‘s iconic SIZE Records label, the track is just the latest in a long line of huge anthems for Portugese producer, Krash, who has also launched tracks on Third Party‘s Release Records imprint, and Kryder’s ‘God Save The Groove’ compilation on Kryteria.

With an army of piping-hot releases scheduled to scatter across the course of this year, 2020 is truly becoming ‘the Year of Krash’ as Stevie dominates the dance music industry. Discussing the impact of his father’s musical influence on him as a child, his ADE performance last October, and his UK debut in Liverpool this coming Autumn, this is what happened when We Rave You caught up with Stevie Krash…

Stevie, tell us how you first started in music and how/why you chose the name ‘Stevie Krash’?

“Well I pretty much started in the music world when I was born! My father is a singer adored by the Portuguese public and has had a 35-year career, so I remember all his shows throughout the country and all over the world. Over the years I have gained the vision and experience necessary to be at the professional level in this world. But it’s not something that is easy, for several reasons. It is a different life. At the age of 6, I started to learn piano, and when I was 16, the drums and guitar, so I soon went into the world of music production. With time, with practice, with sacrifice, with love, I managed to make some of my dreams come true! I still have a long way to go, but I am very proud of what I have already achieved. I chose the name ‘Stevie Krash’ because of my connection to the world of instruments. I’m a guitarist as well as a drummer, so “Stevie” comes from Stevie Ray Vaughan, a great blues guitarist who passed away at a very young age. And “Krash” comes from the “crash” cymbal in the drum kit.”

Your father was a big inspiration for you musically, so how did you then make that move from the music that surrounded you as a child, to the electronic scene and dance industry?

“Yes, my father was – and is – a great inspiration to me. He taught me to listen to music, to feel it, and not to devalue it. In fact, it may seem strange, but I hear everything in music, every element. From Avicii to Pantera, or Nirvana to Mariah Carey. Also Bruce Springsteen and Julio Iglesias, everything! I love music, not just specific musical genres! And this is really an asset for those who are music producers.”

One of your biggest breakthrough releases was when you teamed up with Al Sharif and your fellow Portugese producer Pete K on ‘Soul Heaven’ which was later released on Kryder’s label. How did that collaboration occur?

“It was really something very natural, I started the track, I felt I should send it to someone and that person was Al Sharif. We both decided we wanted Pete K to help on the track, so together we all made ‘Soul Heaven’.

Since then, you’ve released on Third Party’s ‘Release Records’ label (‘Hold You Now’), and even played at their ADE evening last October. What are your memories of that night, and how important was that as a big stepping stone in your career to date?

“It was something I dreamed of! To be able to share the venue with these legends – and above all to share moments of friendship with the whole Release family – it was something that even made me cry a little tear! I feel so proud, and I hope to be present on more nights like these.”

You recently dropped ‘Somewhere In My Heart’ with Corey James, which many are tipping to become your biggest track so far! When did you first meet Corey and decide to start working together?

“I met Corey in 2017, when I first went to London to see my friend Pete K perform at Ministry of Sound. We talked a little bit in the backstage area, and later, in May 2018 when I was experiencing depression, I felt I should express my feelings with an EP that included ‘Somewhere In My Heart’ (which was originally called ‘Losing Control’). A year later, I sent this song to my friend Santez, who is an excellent producer, and he immediately showed Corey the track. Well… From here, Corey fell in love with the track and sent me a message to say he would like to collaborate and finalise the complete version. Later we added the vocal and ‘Somewhere In My Heart’ was born!”

And to release on a label like Steve Angello’s SIZE Records, that must have been very special for you? Did Steve give you any feedback about the track, and if so, what did he say?

“Launching a song on Steve Angello‘s label was something I always dreamed of, something I constantly imagined. Corey and I discussed where we should send this track to and I told him to send it directly to Steve. The very next morning, we already had the answer! Steve loved the track and he even wanted to do the radio edit himself!”

You’re set to make your UK debut this October with a set at The EVENT in Liverpool! What else do you have planned for the rest of 2020? Any new tracks you can give us some exclusive information on?

“Yes, I am very excited to play in Liverpool for The EVENT! It will be a great month, because afterwards, I am also going to ADE! In terms of tracks… On 14th April, so next month, I am dropping an edit of ‘Get This’ on Sinka Records for my Japanese friend Norii, and then in May or June I will release on Release Records again! This one is a collaboration with Helix… And I’m also working on more new music with Corey, so you can expect a great year, full of amazing new music!”

As tireless in the studio as irrepressible as he is behind the decks, Stevie Krash is truly one of a kind. Matching his multi-faceted skills as a talented instrumentalist, with the clever craft and dedication to his work of a true perfectionist, the Portugese producer is destined for the summit of the dance music industry! You can check out his Corey James collaboration ‘Somewhere In My Heart’ below, and be sure to follow him across all social channels, with 2020 certain to mark ‘the year of Krash’ as Stevie blows up into the big-time!