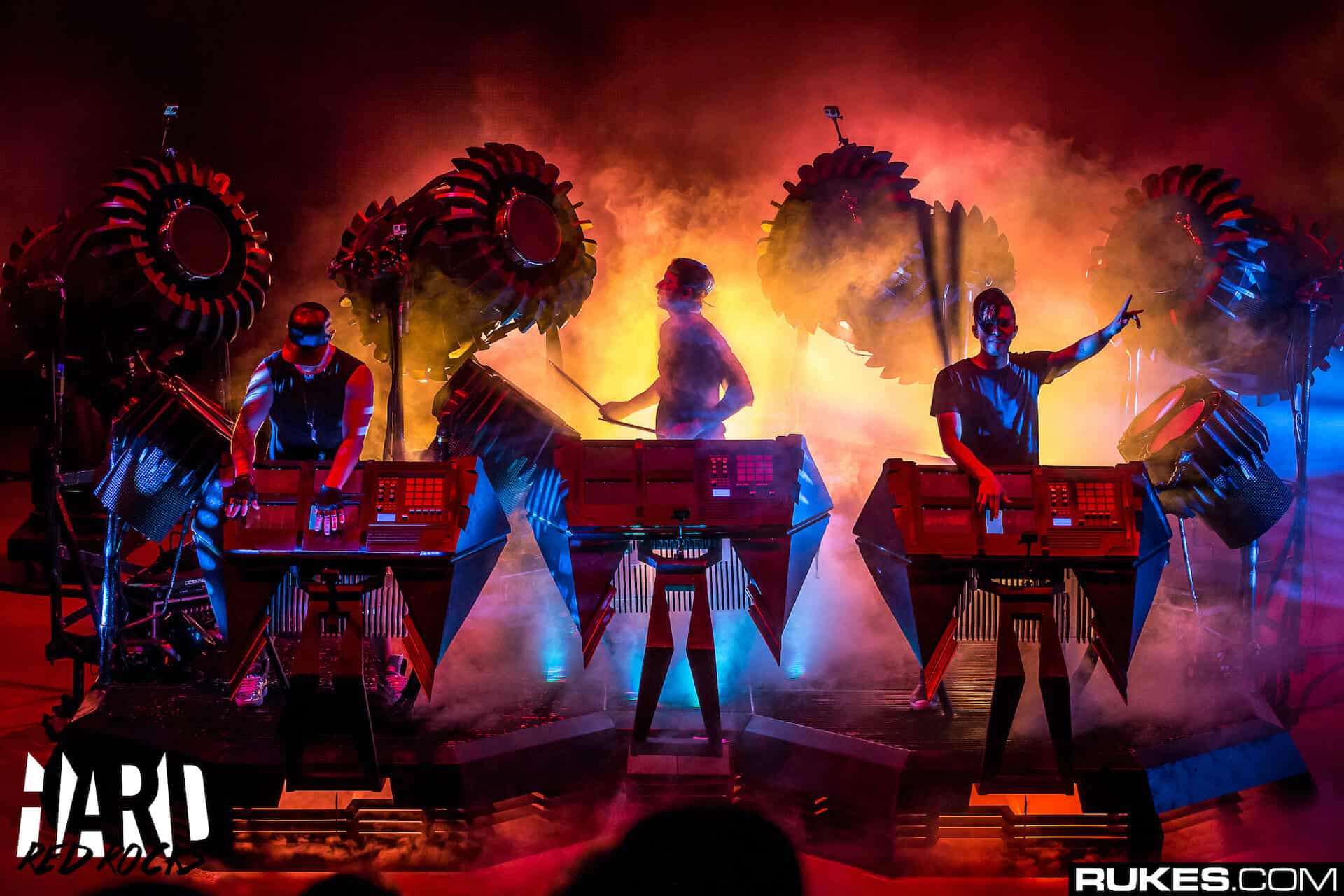 The Glitch Mob Are Back With New EP, ‘Chemicals’

In their first release since 2018, LA based trio The Glitch Mob are back to the delight of fans with a new EP. Titled, ‘Chemicals’, the album is everything we have come to expect from TGM, showcasing their insane sound design and unique style, this is certainly one that will excite fans.

The EP itself features three tracks, ‘Chemicals’, ‘Take Control’, and ‘The Stance’, all of which are distinct TGM tracks, complete with mind-bending synths and unique arrangements. The EP is set to be remastered using Sony’s 360 Reality Audio Technology, which will allow fans to experience TGM like never before. They are set to release their entire catalogue in Sony’s 360 audio on May 25th, so mark the date in your calendar.

After having to postpone all 36 stops of their North American 10th anniversary ‘Drink The Sea X‘ tour due to the situation surrounding COVID-19, ‘Chemicals’ certainly comes as a welcomed release to disappointed fans who have to miss seeing TGM perform until further notice. They released the following statement along with the EP’s release:

“We hope everyone is staying healthy and centered in this current situation. With the release of this new EP, we have been thinking about how music is medicine and is more important than ever right now. We are going to continue creating and releasing music with the intention to connect us all and to bring some levity to your day.”

So to take a positive out of this situation, we can hopefully expect some more The Glitch Mob music in the near future! In the meantime, listen to their latest masterpiece, ‘Chemicals’ below, or stream on Spotify here.