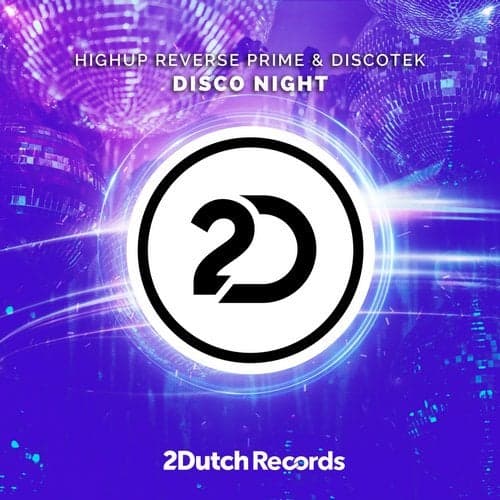 Ever wanted a track with enough star power to blow everything else out of the water? Highup, Reverse Prime and DISCOTEK have your answer with a monster collaboration of epic proportions. It’s rare that a track with as many talented artists as this one comes along, but it’s here and is already making a huge impression. Hailing from Australia, Highup is a producer that knows exactly how to encapsulate raw energy into his high quality productions, and he’s been doing it for years now. Someone else who knows how to produce a quality track is South Korea’s very own Reverse Prime. Having his original tracks signed to labels such as Dharma Worldwide, Spinnin’ Records, Revealed and many more, he is a worldwide superstar who has fans in every corner of the globe. Last but not least completeting this stellar track lineup is no other than DISCOTEK. Fusing his beats with funky synths, his music takes listeners on a trip.

With all those talented artists coming together on ‘Disco Night’, it’s no wonder that fans can’t get enough of the track already. It has a lot of futuristic elements that propels this song further into becoming something that feels other-worldly. Managing to all encapsulate their signature sounds without drowning the others out, ‘Disco Night’ feels like a pure celebration of talent and is something that everyone can dance to without a care in the world.

Signed to 2Dutch Records, Highup, Reverse Prime and DISCOTEK join a long list of talent artists who have released on 2Dutch including Brooks and many more. Sure to become even bigger than it already is, you can listen to the track below on Spotify.