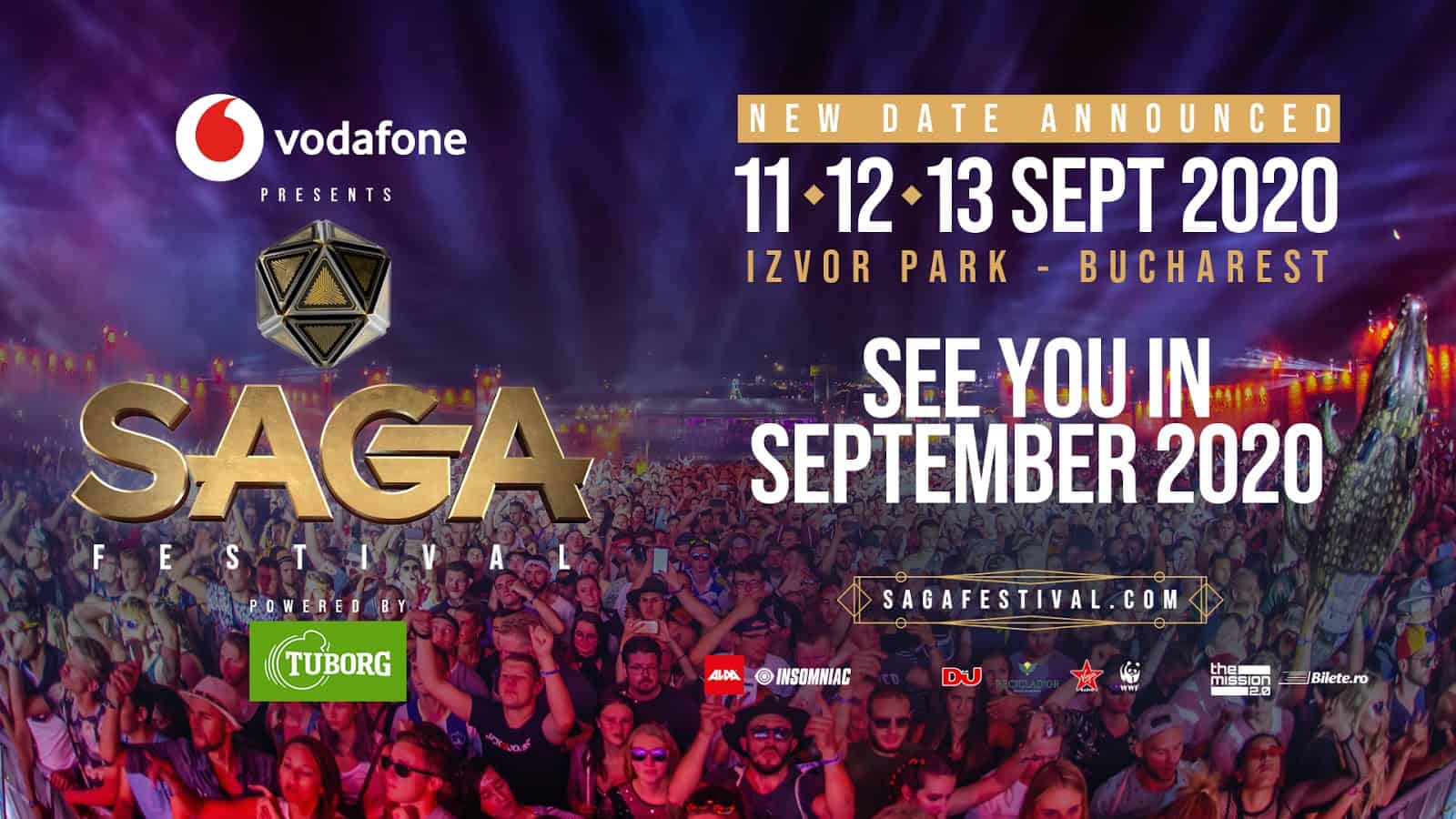 In one of the most exciting events of this year’s summer festival season, event titans ALDA and Insomniac teamed up to create the very first edition of SAGA Festival. Taking place in beautiful Bucharest, Romania in Izvor Park, it was due to be one of the biggest events of the summer with a world class lineup featuring some of the biggest artists in the world such as Don Diablo, Marshmello, Adam Beyer and many more.

Due to the current COVID-19 pandemic, this means that the original dates for 5-7 June are unable to go ahead. Not ones to disappoint though, the festival and promoters have happily announced that they have brand new dates for the festival to take place later on in the year when the virus has hopefully calmed down. The current official dates are 11-13 September, and this gives party people even more of a chance to prepare to be excited by what’s to come. Although it’s the option no one wanted to take, the festival had been closely monitoring the health situation for a while now and they made this choice for the wellbeing of all their attendees.

The weather is still on course to be beautiful for the epic September weekend ahead, and will be a brilliant closer to the summer season this year, when we can all gather again. ALDA and Insomniac note that the epic lineup may be subject to change with conflicting artist schedules, but won’t change drastically and will still be up the standards that the two leading event organisers hold. In addition to this, SAGA will be announcing an exciting new surprise act soon, so keep your eyes peeled for that.

You can still grab your tickets here (with all necessary ticket information available), but hurry up as tickets are flying off the shelves!