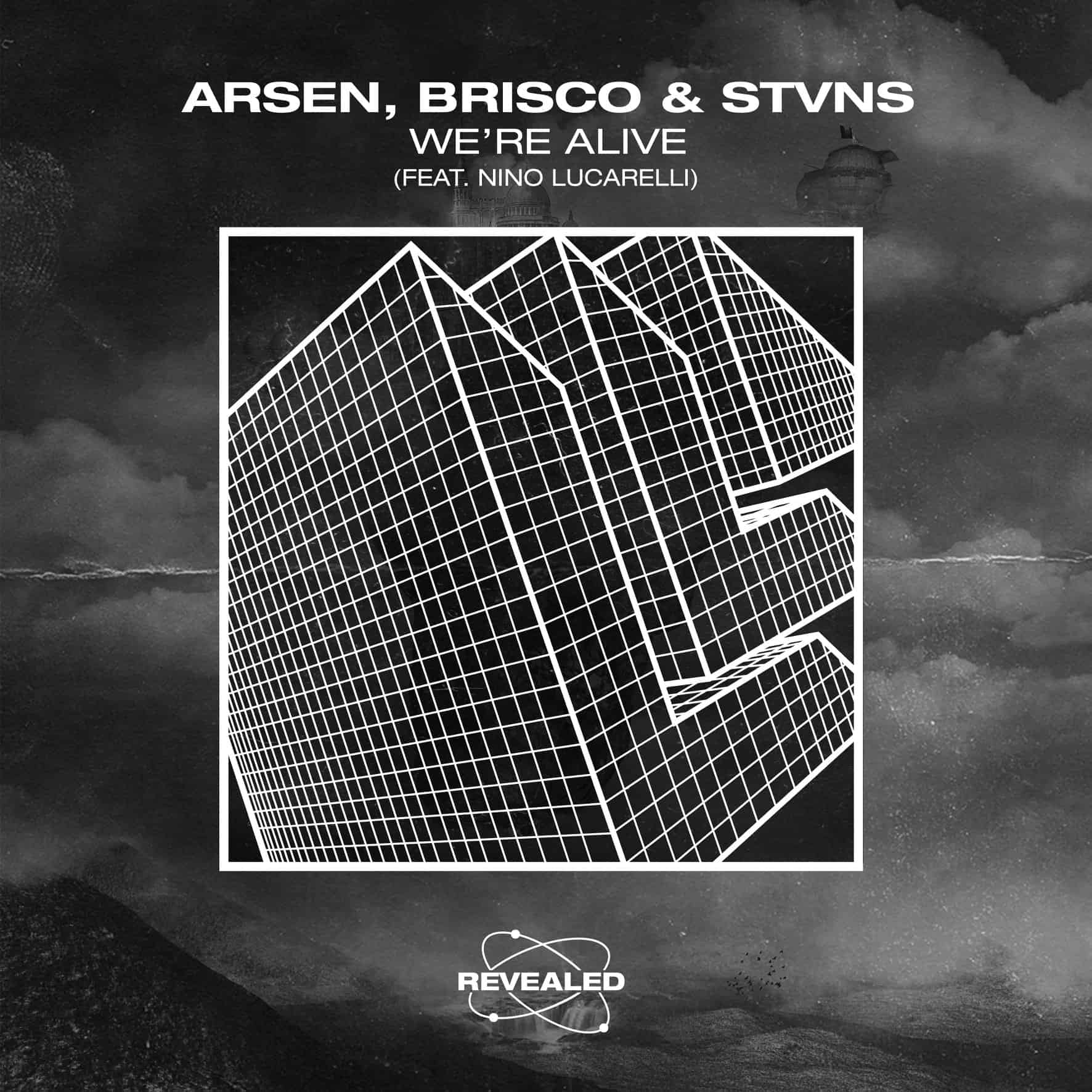 It’s not too often a song comes along that has a large amount of big name artists all rolled up together, but ‘We’re Alive’ has not one, not two, but four incredible artists on one track together in the form of Arsen, Brisco, STVNS and Nino Lucarelli. All of these artists have made names for themselves thanks to their incredible skillsets and have built up fanbases that have supported their every move, and now they get to combine their talents into one track full of massive sounds.

Out on Hardwell’s label Revealed Recordings, ‘We’re Alive’ is a true whirlwind of uplifting sound after uplifting sound. Arsen, Brisco, STVNS and Nino Lucarelli knew the world needed something to lift spirits, and so their track couldn’t have come at a better time. Injected with that classic progressive sound that will instantly transport you back to the glory days of EDM, the buildup serves as a perfect predecessor to what is one of the most euphoric drops to come out of a track this year so far. Featuring crisp vocals from Nico Lucarelli, it truly ties the whole track together to create what is a spectacular production that fans all over the world will love blasting out of their speakers at home.

This is a true festival banger, but until we can all gather again you can listen to it below on Spotify, which has already received the support of the official Spotify editors on ‘Hot New Dance’ playlist.