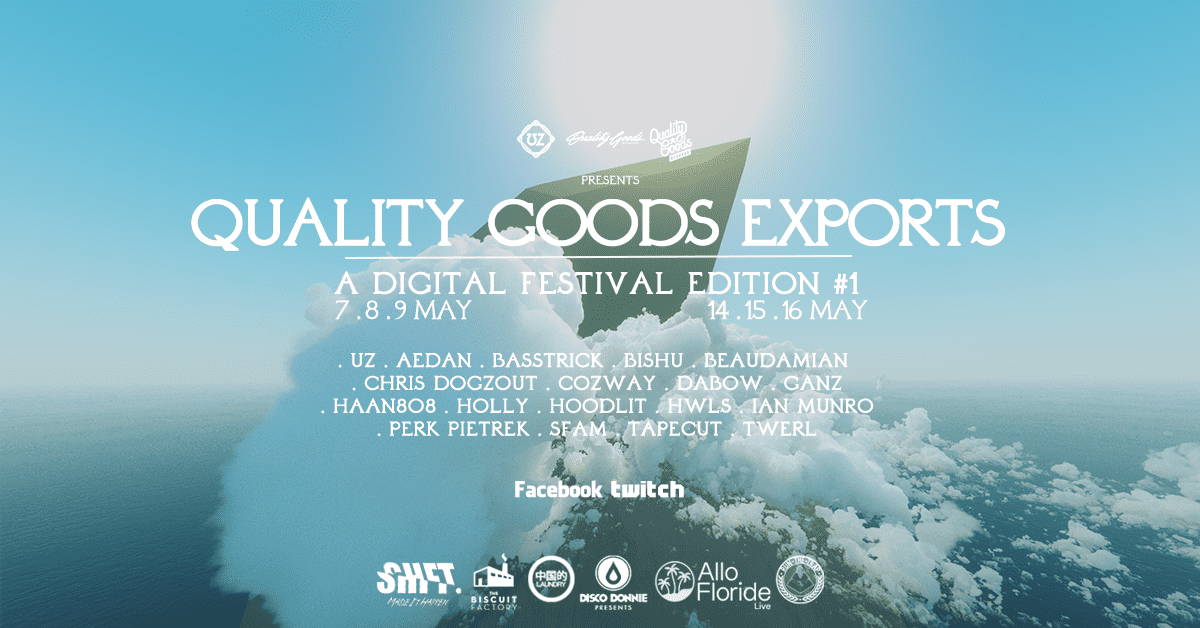 France-based producer UZ can easily be considered a mastermind in the trap scene who is driven to consistently innovate since they day he was discovered. From a series of releases such as “Leave It” and “Bang Bang,” this trap don does not play any games when it comes to delivering his eclectic sound to his fan base around the world. In celebration of the four year anniversary of his imprint Quality Goods Records, UZ and the label have announced their virtual festival known as Quality Goods Exports.

With various festivals announcing their virtual live-streams, this virtual festival is blessing their fans on two separate weekends from May 7-9 and May 14-16. With each night featuring 3 sets from both well-known and underground artists such as BeauDamian, Cozway  Dabow, GANZ, TWERL, UZ and many more who have proven to consistently progress in the industry, the labels goal to curate a diversified lineup with a quality over quantity outlook shines bright. As the label continues to expand around the globe, Quality Goods took partnerships to the next level as they have joined with Australia’s most iconic venue Chinese Laundry, China’s promotional platform SHFT Asia and various other unique partners to further instill the labels vision to unite our borders through the love of music.

With the virtual event taking off on Quality Goods Records Facebook page, be sure check out what this forward-thinking label has to offer by tuning into their official Facebook or Twitch channel here.

We're here for you at QGR. That's why we are thrilled to announce the Quality Goods Exports Digital Festival; a two weekend, 6 day event of music, 18 artists, spanning several countries and continents.⁠ ⁠ ––––––⁠ ⁠ We will be partnering with @runthetrap & some of the world’s most well-respected promoters & venue partners including: @discodonniepresents (USA), @chineselaundryclub & @biscuitfactory (AU), @allofloride (EU), and @shftasia (China). Broadcasted via Facebook & Twitch, this major event will feature performances from our label boss @balltrapmusic, @iamganz, @beatsbyholly, @hwls_ , @ianmunromusic & More…. RSVP on facebook for more info ⬆️⁠