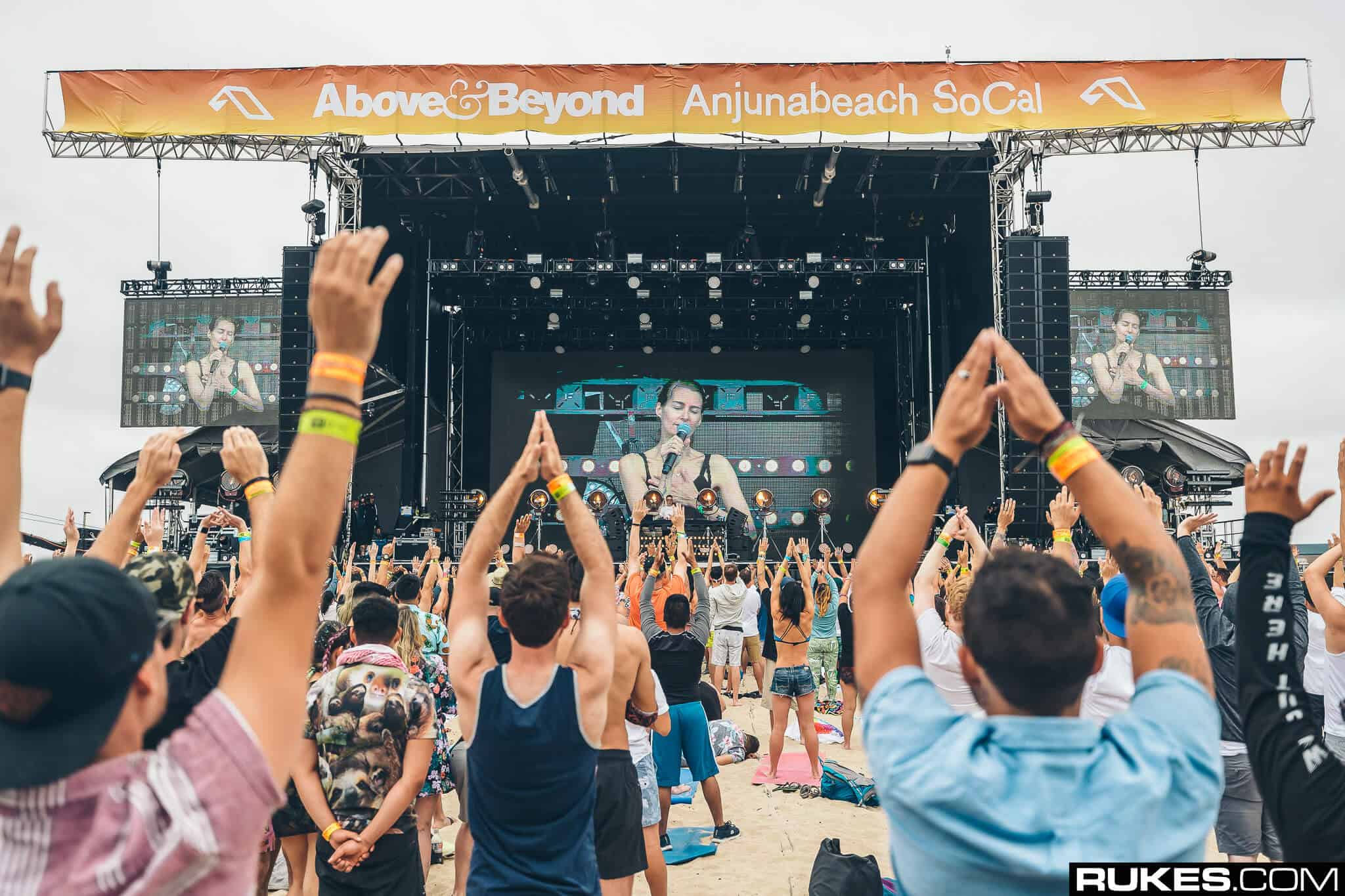 Above & Beyond announce release of long-awaited anthem ‘Reverie’

‘Reverie’… A word you’re about to hear so much more about! Above & Beyond need no introduction, but let’s give them one anyway, because quite frankly, they deserve it! In addition to founding their incredibly iconic Anjunabeats, and Anjunadeep labels, the prog-trance trio have played sold-out shows all over the world, including New York‘s Madison Square Garden stadium, London‘s Wembley Arena, Alexandra Palace, Royal Albert Hall, Printworks, and Creamfields Steel Yard, Manchester’s Warehouse Project, Amsterdam’s Ziggo Dome, and as of last October… the O2 Arena in Prague. The latter was a part of ABGT 350, a yearly celebration of Above & Beyond’s weekly ‘Group Therapy’ radio show, which is now gearing up for the 400th edition later this year.

On that iconic night in the Czech Republic, Jono, Tony & Paavo aurally impregnated the ears of their ‘Anjunafamily’ fanbase with one very special track… And now, a full eight months later, Friday will witness the birth of ‘Reverie’, the most eagerly anticipated Above & Beyond ID since 2011’s ‘Sun & Moon‘. Roping in the vocal talents of Zoë Johnston once more, the GRAMMY-nominated singer (who has previously worked with the boys on a range of tracks) is surely a contender for the title of ‘most talented songstress in the world’ and really excels on this one, adding her trademark emotive depth to the production. It’s been a stressful few months for Above & Beyond, with their very own Paavo Siljamaki enduring an (ultimately successful) scrap with Coronavirus, and with the British-Finnish musician now safely pulling through his own COVID battle, the arrival of ‘Reverie’ feels like the perfect way to celebrate the good news.

You can check out the production in full below, taken from Above & Beyond’s Prague performance at ABGT350 in October 2019:

The. wait. is. over! @aboveandbeyond's Club Mix of 'Reverie' (feat. Zoë Johnston) drops this Friday 🎉
Plus, new music from @jaytechmusic lands tomorrow! Bookmark the Anjunabeats New Releases playlist to stay up to date: https://t.co/9SPLy5MPt9 pic.twitter.com/XGl1SzoSS0