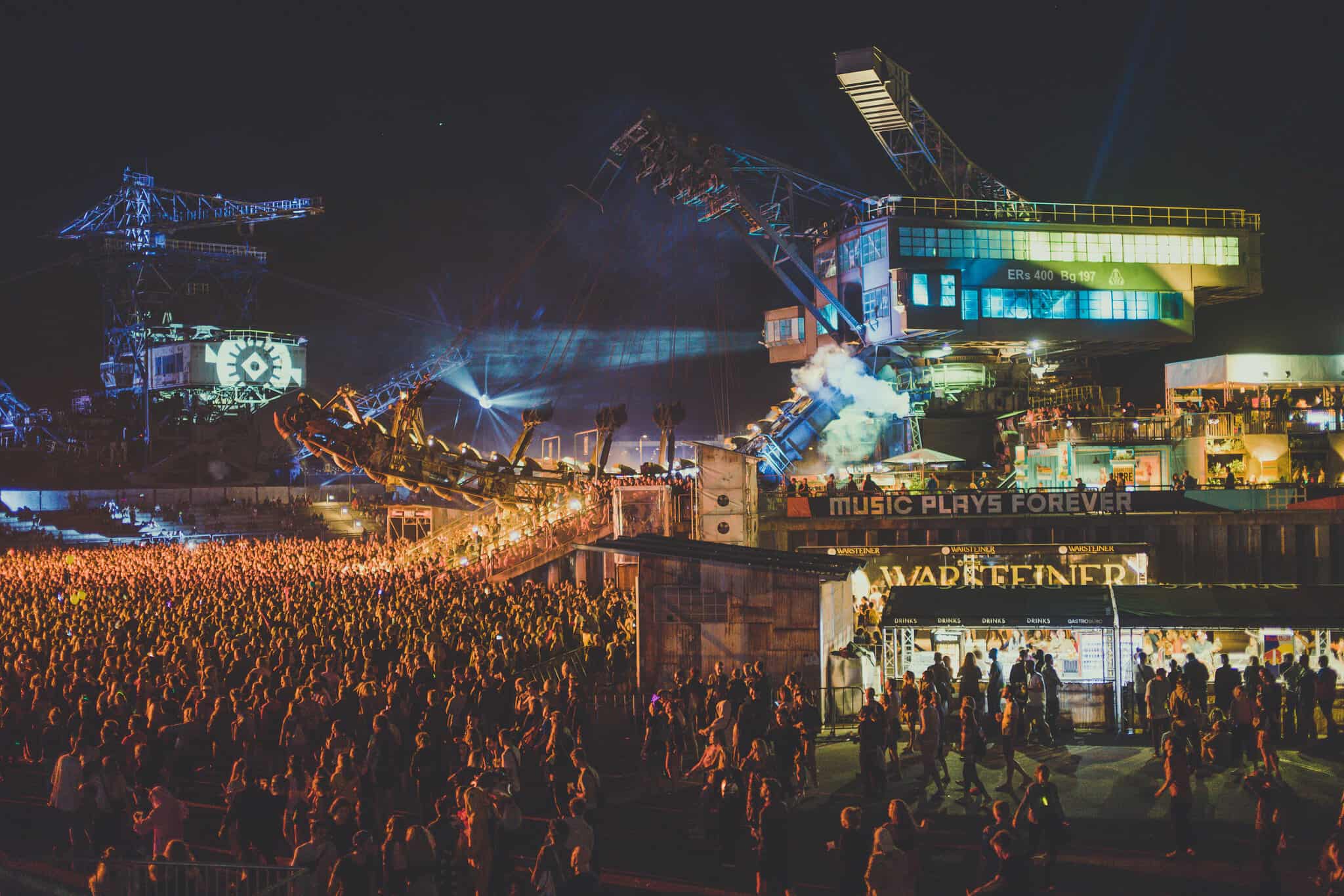 Three of the world’s most unusual music festival locations

Having risen to prominence throughout the 1980s, electronic dance music has become of the most popular genres within modern-day society. Fundamentally, this is because of the dance scene’s ability to host an event in almost any location, regardless of the surrounding environment. So, let’s take a look at three of the most unusual music festival spots that have hosted contemporary electronic dance events.

For those who are familiar with the intricacies of the electronic music world, the Melt! Festival, which Grafenhainichen hosts, is known for its uniqueness. In relation to its venue, the festival is located close to the Ferropolis open-air museum and is one of the most famous open-air Electronic musical festivals in the Western European country, since first coming to fruition in 1997.

Crucially, given that The City of Iron hosts the festival, there are plenty of extraordinary infrastructures scattered throughout the event’s central areas. Because of this, the five towering pieces of mining architecture, including, as per The Guardian.com, steel cranes and diggers, make for an unforgettable backdrop for the festival. Moreover, because of their size, they also provide the ideal spot for ravers to party in.

Moreover, aside from the adrenalin-fueled, old-school location that hosts the Melt! Festival, the electronic dance scene has also been able to expand following the ever-growing rise of rave cruises. Over the course of the last five years, the heightened number of off-shore dance festivals have proved immensely popular among modern-day ravers. Importantly, this is also due to the environment, with cruises combining a luxury route to music festivals with a vacation, according to JonesAroundTheWorld.com.

While there are many options available, Holy Ship has undoubtedly taken the cruise-based music scene by storm since its inception in 2012. The ship itself is themed to suit the desires and interests of electronic music fans. Additionally, the cruise’s website, HolyShip.com, states that it also hosts some of the world’s most in-demand bass, house, and techno artists.

Furthermore, given the appeal of each industry, it’s hardly surprising that both the music and sports sectors have become increasingly intertwined in recent years. Aside from sporting venues, such as the Santiago Bernabeu, Wembley, and many others, hosting traditional music events, sports have now become a focal point of the contemporary dance scene.

For example, the GoldCoast Oceanfest, which occurs in Devon, a county in England, is close to the coastline of Croyde Bay. Because of this, along with enjoying the latest music trends and breakthrough artists, those in attendance also have the option to immerse themselves in numerous different sports. These include games such as beach soccer, surfing, and volleyball.

Essentially, one of the reasons that this cross-industry event has proved so successful is because of the use of technology. Much like the sports betting sites that can be found at BetJaw.com, contemporary music festivals also use the very latest technology to heighten audience immersion. It’s no surprise that sports and these festivals have begun to combine in recent years, with the growth of the general sports and sports betting industries reflecting a surge in interest. This is especially prevalent within younger generations due to new markets such as eSports opening their doors. Crucially, this hybridization is generally achieved through a refined focus on convenience, with betting operators and festival organizers embracing the potentials of remote, mobile technology.

While betting platforms opt for mobile optimization to ensure accessibility, Tuned Global reports that the music industry has turned to tech-savvy wearable wristbands, which guarantee entrance to the event, as well as possessing the capabilities to buy food and drink.

Although Unusual, the Electronic Dance Scene’s Chosen Locations are Much Loved

Ultimately, few can argue that dance music events have raised the bar in relation to what’s possible for worldwide festivals. To its credit, the genre has successfully broken away from mainstream arenas in providing ravers with unique and unforgettable memories.