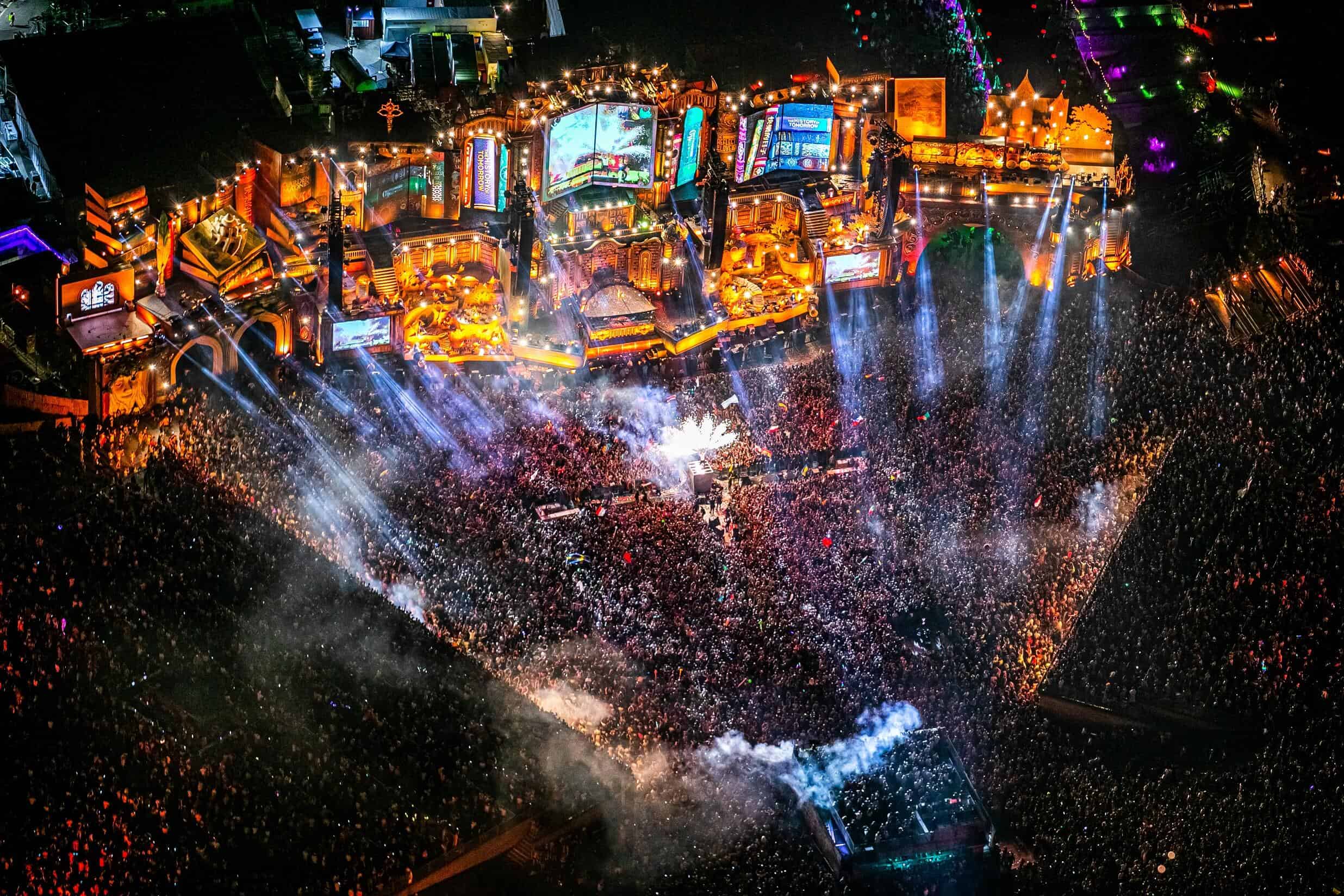 Ever since Tomorrowland published a mysterious social media countdown, speculation has been rife, with many eager to predict the announcement prior to its release. Today, the secret has finally been revealed, as Tomorrowland announces a brand new concept; Tomorrowland Around The World.

Tomorrowland Around The World is not simply a digital festival, it is a unique experience that will employ a multitude of aspects using pioneering technology in 3D design, video production and special effects. Set to take place on Saturday 25th and Sunday 26th July 2020, Tomorrowland Around The World is an experience that is available to anyone in the world, regardless of their age or location.

Accessible with any PC, laptop, smartphone or tablet, the brand new digital location will allow visitors to freely explore a fully-fledged festival site alongside fellow visitors. The digital festival offers 8 different stages including many of the best-loved stages from the festival itself including; Atmosphere, Core, Freedom and Elixir, as well as 3 brand new stages. The stages themselves will feature performances from many of the world’s greatest electronic artists and the experience will be further enhanced by fireworks and laser shows. The Mainstage for this years ‘The Reflection of Love – Chapter 1’ theme will also be revealed live.

As well as special performances, visitors will be able to enjoy a wide range of interactive experiences including webinars, games and workshops focusing on lifestyle, food, fashion and the Tomorrowland foundation. The digital festival will take place between 15:00-01:00 CEST each day, but there will also be a time-zone-friendly option for visitors from Asia and North or South America.

“Tomorrowland Around The World is the result of a gigantic team effort of hundreds of people who are working around the clock to create a never-before-seen interactive entertainment experience. Since we started this project and all ideas came together, we immediately felt an enormous energy and lots of positivity from everybody involved. For us it’s a bit re-inventing the festival experience, but we truly believe that we can bring the spirit of Tomorrowland and entertainment at the highest level to people and homes around the globe. We hope that hundreds of thousands of people will unite in a responsible way and that small Tomorrowland gatherings at people’s homes – from Canada to Australia, from Japan to Brazil and everywhere in between – will be organised. Especially during the weekend where normally Tomorrowland Belgium would take place, we really have the power to unite the world.”

In a world filled with uncertainty surrounding the future of music festivals, Tomorrowland is leading the way by offering its fans the opportunity to witness a very special digital experience. Stay tuned for the lineup reveal on Monday 15th June. Access to the virtual festival will be ticketed, with day tickets priced at €12.50 and weekend tickets costing just €20.00. Tickets will go on sale 18th June. Join the experience exclusively via Tomorrowland.com