Trance festival Awake Croatia to go ahead this summer in August

As Croatia has recovered significantly from the Coronavirus pandemic, trance festival AWAKE has rescheduled for dates in August this year.

In some brilliant news for dance music and Croatia’s budding tourist industry, the nations best trance music festival, AWAKE, is still to go ahead this summer on the rescheduled dates of 20th to the 23rd of August. Over the past few weeks, Croatia has fought the on-going  pandemic successfully, reporting almost no new cases at all. As a result, the EU borders are scheduled to reopen on June 15th which has paved the way for the event organisers to negotiate with their partners, artists and management and postpone the festival until the second half of August.

The festival will be held in Noa and Kalypso open-air clubs at one of the nations tourist hotspots, Zrce Beach. AWAKE are quite positive that they’ll be able to bring most of artists originally announced to the stage, except those travelling from the US. The boat parties that were set to go ahead are also on hold for the time being unless arrangements can be made.

This week, AWAKE are to announce a new confirmed line up, reveal new and more affordable package prices and detail safety measures that will be implemented during the festival. For those who are still unable to travel to the festival, a refund process will also get underway for those affected with emails sent by Festicket shortly.

Keep your eyes on We Rave You as we bring you more details on the festival as we get them. For now ‘Early Bird’ tickets can be purchased here for those who are able to attend AWAKE Croatia on the new dates in August; the summer might be saved for some after all! 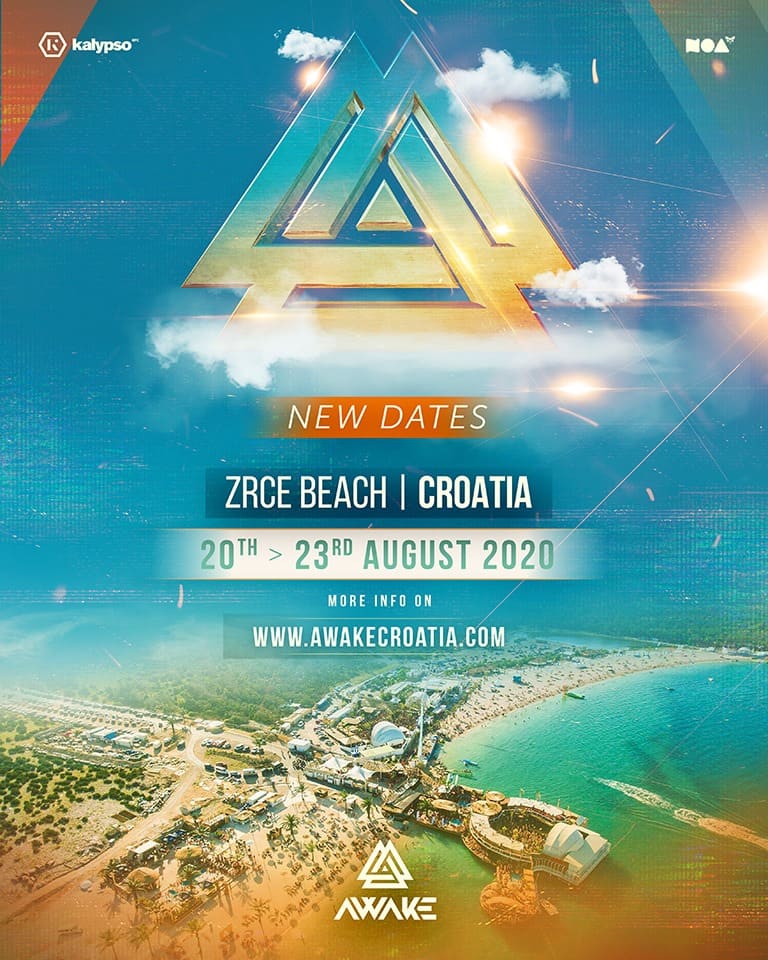