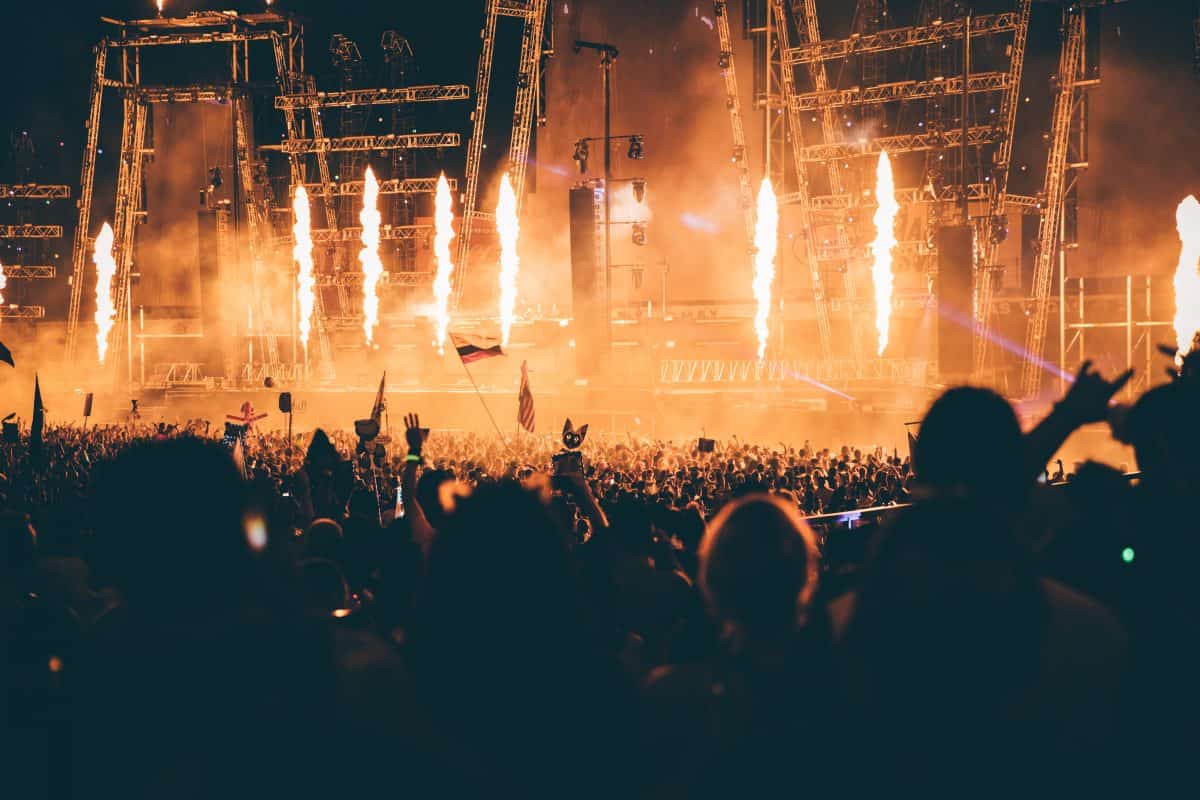 it’s no secret that pretty much every festival across the world has been cancelled, and festival season for 2020 is non-existent. It seems like every day people wake up to a new festival cancellation, but how many exactly have been cancelled in each country? The new IMS Business Report looks at this in depth and explores the affects of what this has had on the industry. 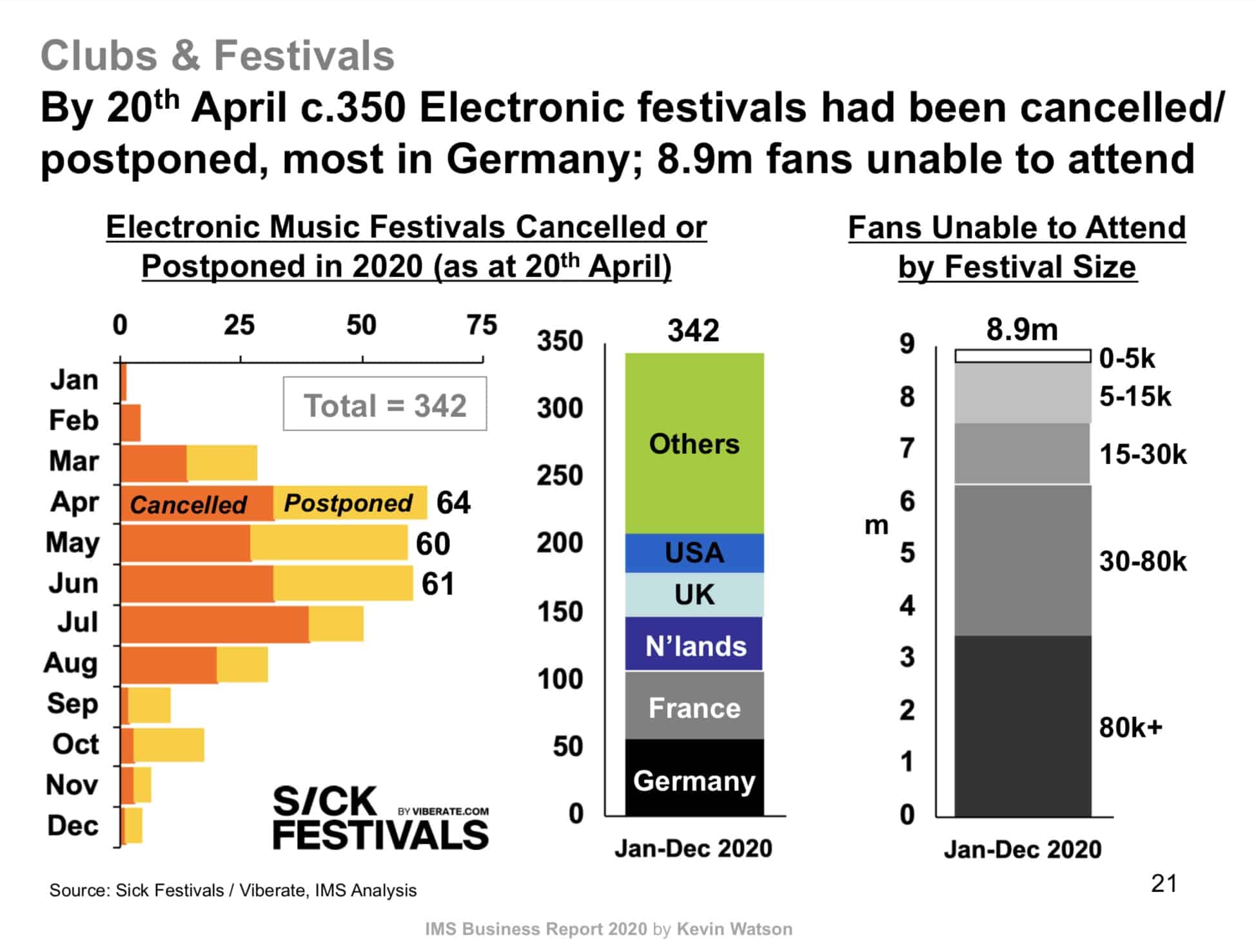 As we can see from the graphs above, the data shows just how many festivals have either been cancelled or postponed for each month this year so far as of April 20. As expected, April was the busiest month for festival cancellations during the beginning of the peak of COVID-19. More postponements happened near the start of the month when there were still months left in the year for festivals to possibly take place, but by July we can see that many festival organisers saw that cancellation was the only acceptable choice nearing the end of the summer months. Another interesting graph shows exactly how many festivals each country has had to postpone, with the majority being in other countries such as Asia for example. 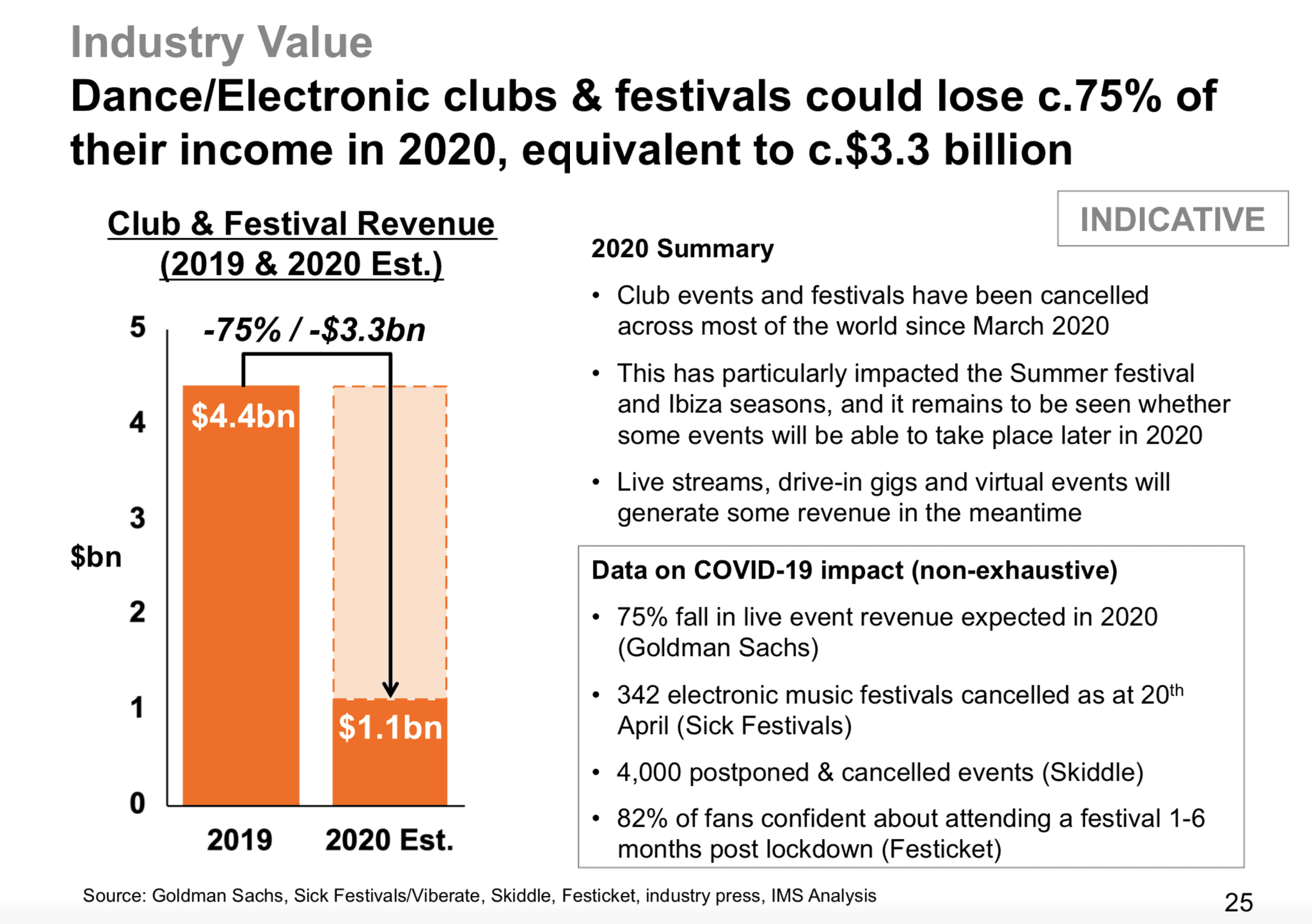 In more loss reports, here we can see just exactly how bad the club and festival industry is affected, being one of the worst affected areas in terms of revenue loss. Going from a whopping $4.4 billion to an estimated $1.1 billion from last year to this year, thats around a 75% loss which is just devastating for anyone to face. One good thing, though, is that 82% of fans (according to Skiddle) are still confident about attending festivals in the near future showing that this part of the industry can bounce back harder than ever before. 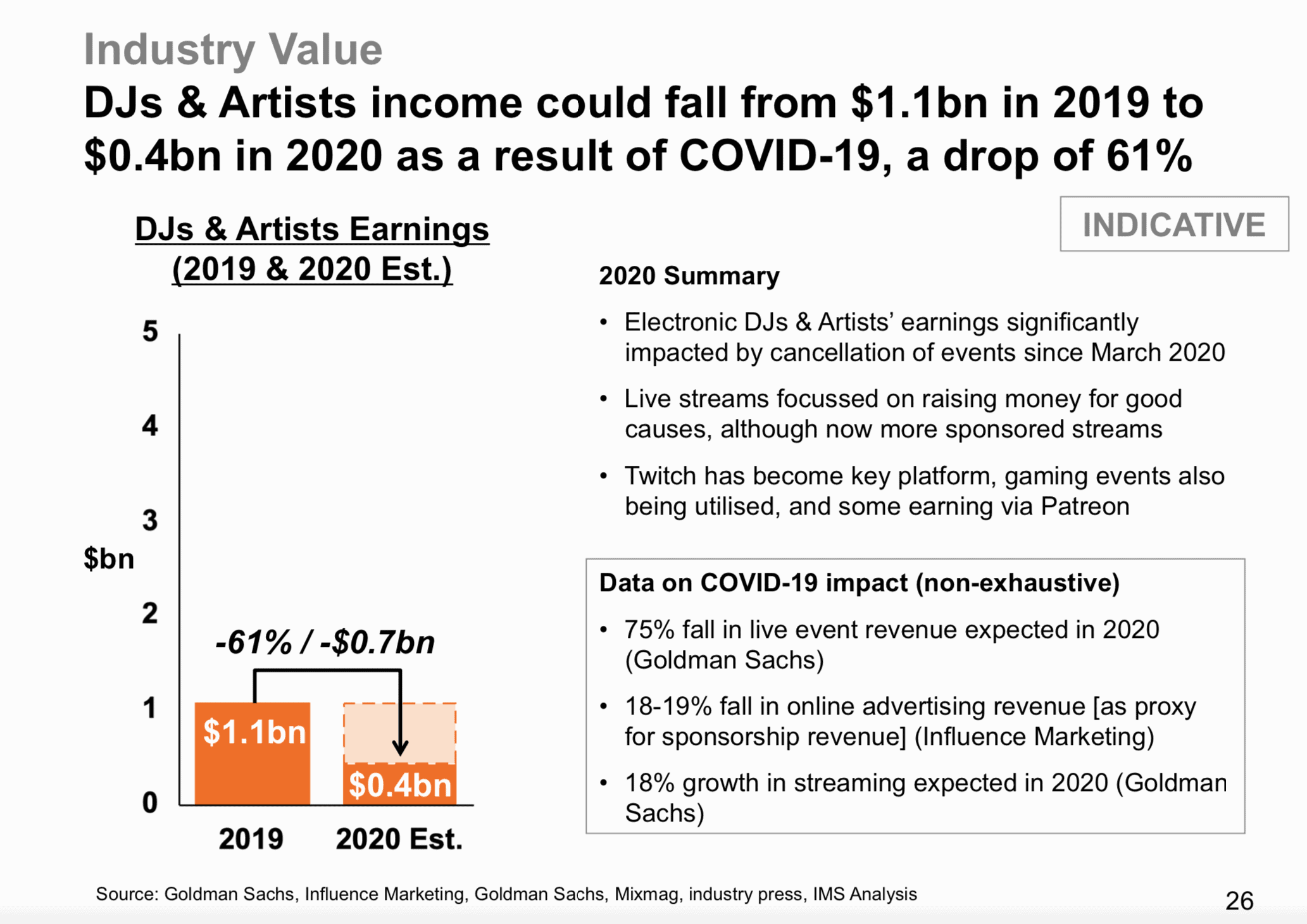 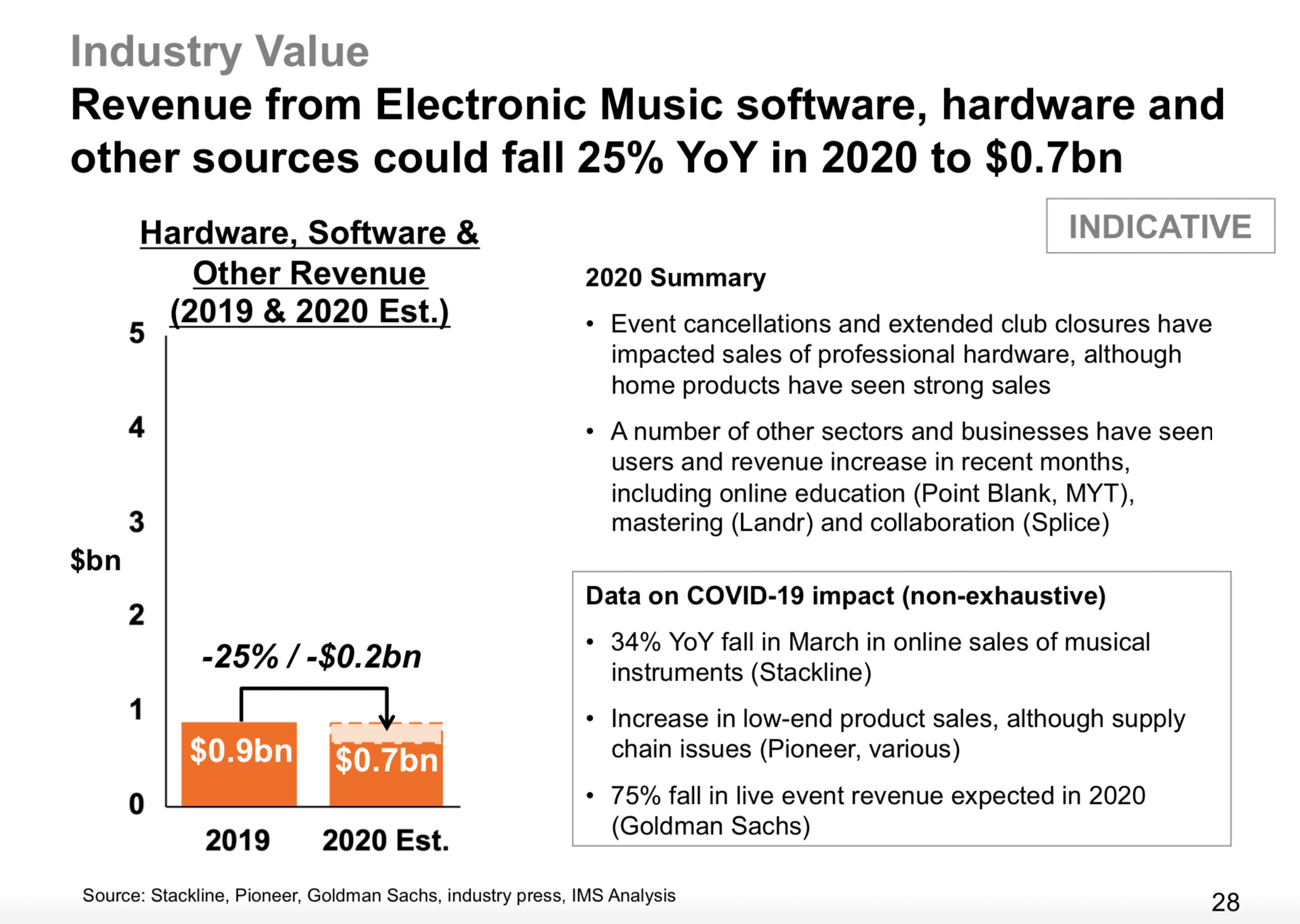 Here, we can see even more losses, this time focused on actual artist income and also the hardware and software companies. It looks pretty bad, and this goes to show just how bad COVID-19 has been for not only the world but the music industry too. Rest assured, everyone involved in the live music scene will recover from this and 2021 is going to be a booming year for the scene and live music. To see the full IMS Business Report for 2020, click here.