The IMS Business report 2020 is here! As with every year, the study conducted by the London-based strategy specialist Kevin Watson has shown some of the most interesting data relating the electronic dance music scene. One of these aspects is the study of the evolution of the dance music financial share during 2019.

Overall, dance music has scored high as one of the preferred genres in the music industry according the IFPI report of 2019, holding 5th position while only surpassed by pop, rock, oldies and hip hop/rap. One way to determine the fanbase support and demonstrate overall genre success is the amount money that it generates, however, this varies heavily across countries. 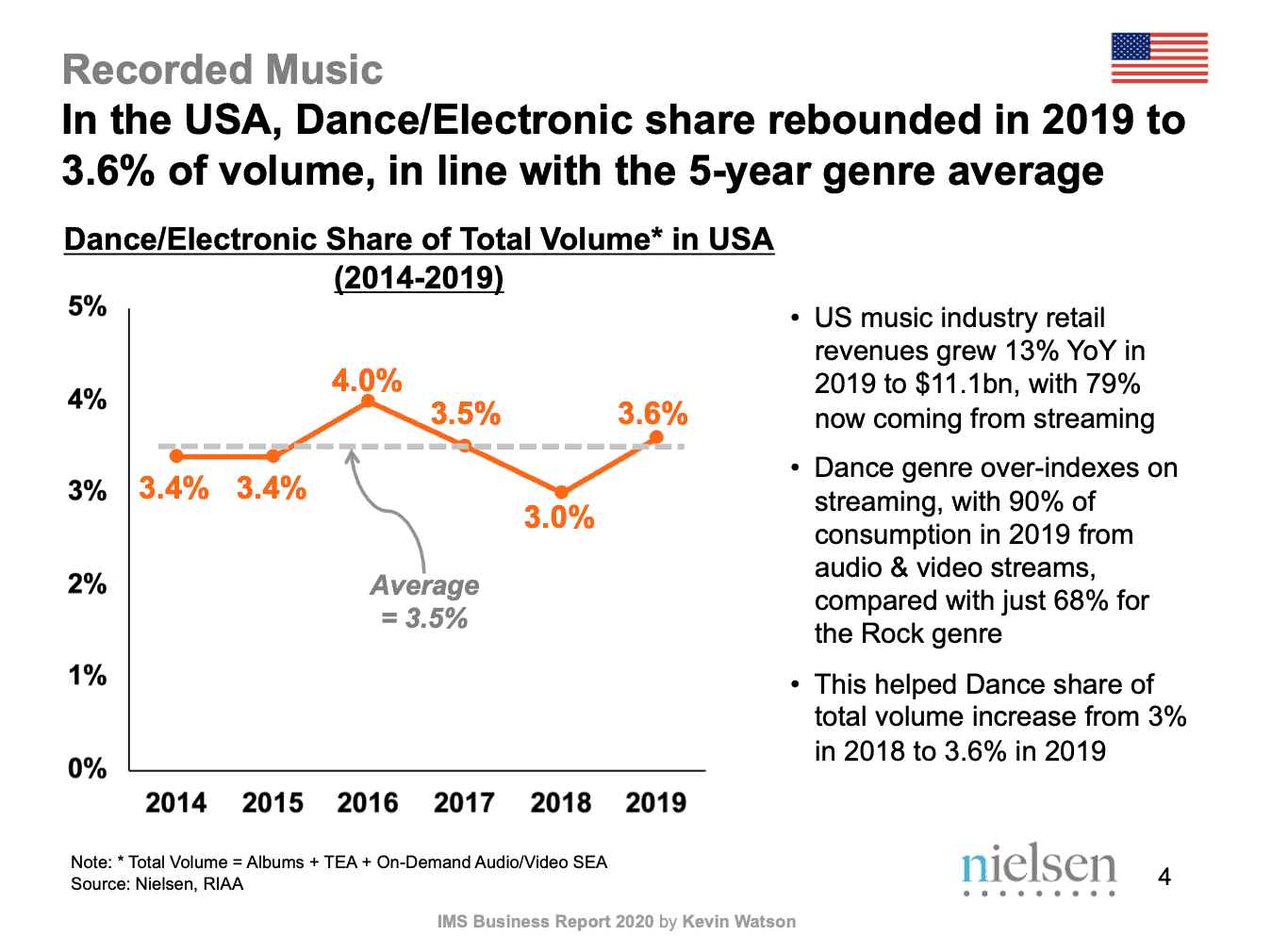 For instance, the IMS report includes a study alongside data company Nielsen, showing the evolution of the dance music financial share in the USA from 2014 to 2019. Taking three main variables into the volume equation (Albums + TEA + On-Demand Audio/Video SEA), the share in 2019 has followed the 5 year-average of 3.5%, capturing a total of 3.6% in 2019. This is not as successful as the 4% we had in 2016, but it’s an important improvement after the decrease we’ve had ever since. The US music industry retail revenues have grown 13% Year-On-Year in 2019 to a staggering total of $11.1bn, 79% of which comes from streaming. Actually, streaming is where dance music is the absolute king, generating 90% of streaming consumption compared to other genres (ie: 68% for rock). 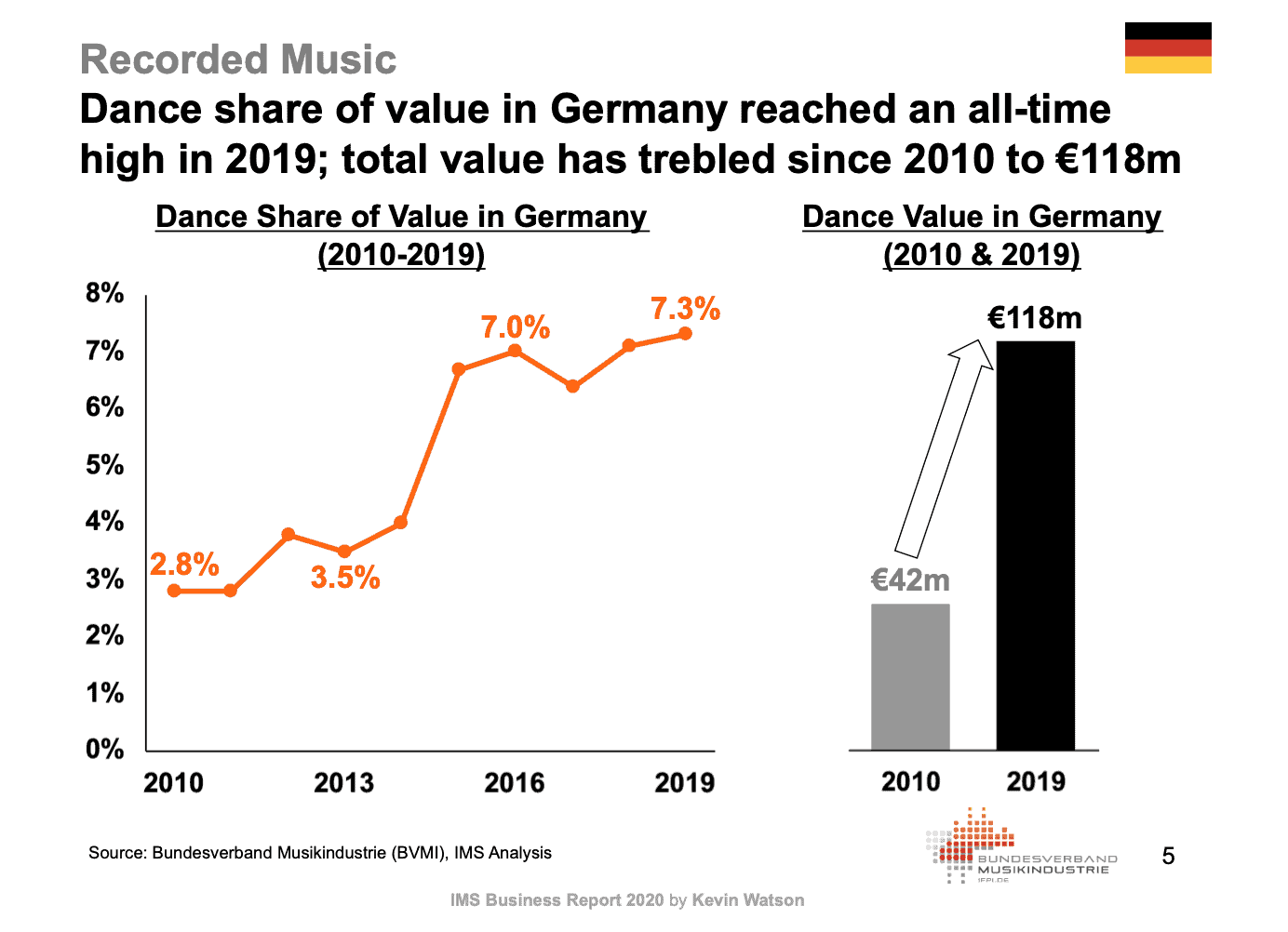 A similar study was conducted in Germany, where the Berlin techno scene has always been one of the hot spots of the industry. Thanks to the rise of festivals like Airbeat One and iconic venues like Berghain or Boothaus, the study conducted with Bundesverband Musikindustriethe has concluded that the German dance music share has evolved from 2.8% in 2010 to a record 7.3% last year. In actual numbers, the value of dance music in Germany has massively grown from €42M in 2010 to €122M in 2019. 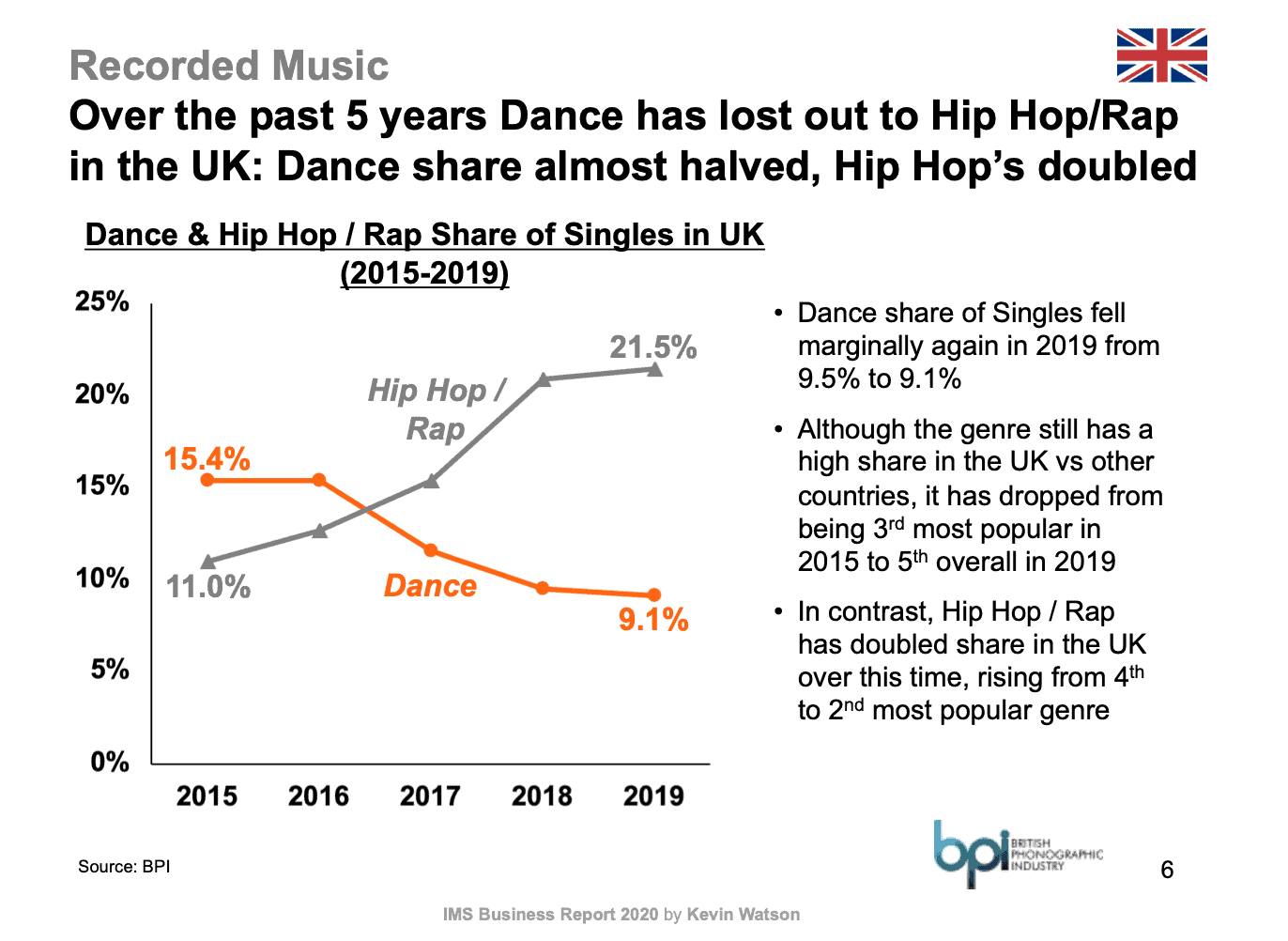 As successful as it seems, not all countries follow the same trend and the UK is the perfect example of that. The IMS report shows the analysis from BPI reporting a record decrease of the dance share in Britain (9.1%), far from the numbers in 2015 (15.4%). A lot of this has to do with the rise of hip hop, rap and grime, the share of these genres grew from 11% in 2015 to 21.5%. 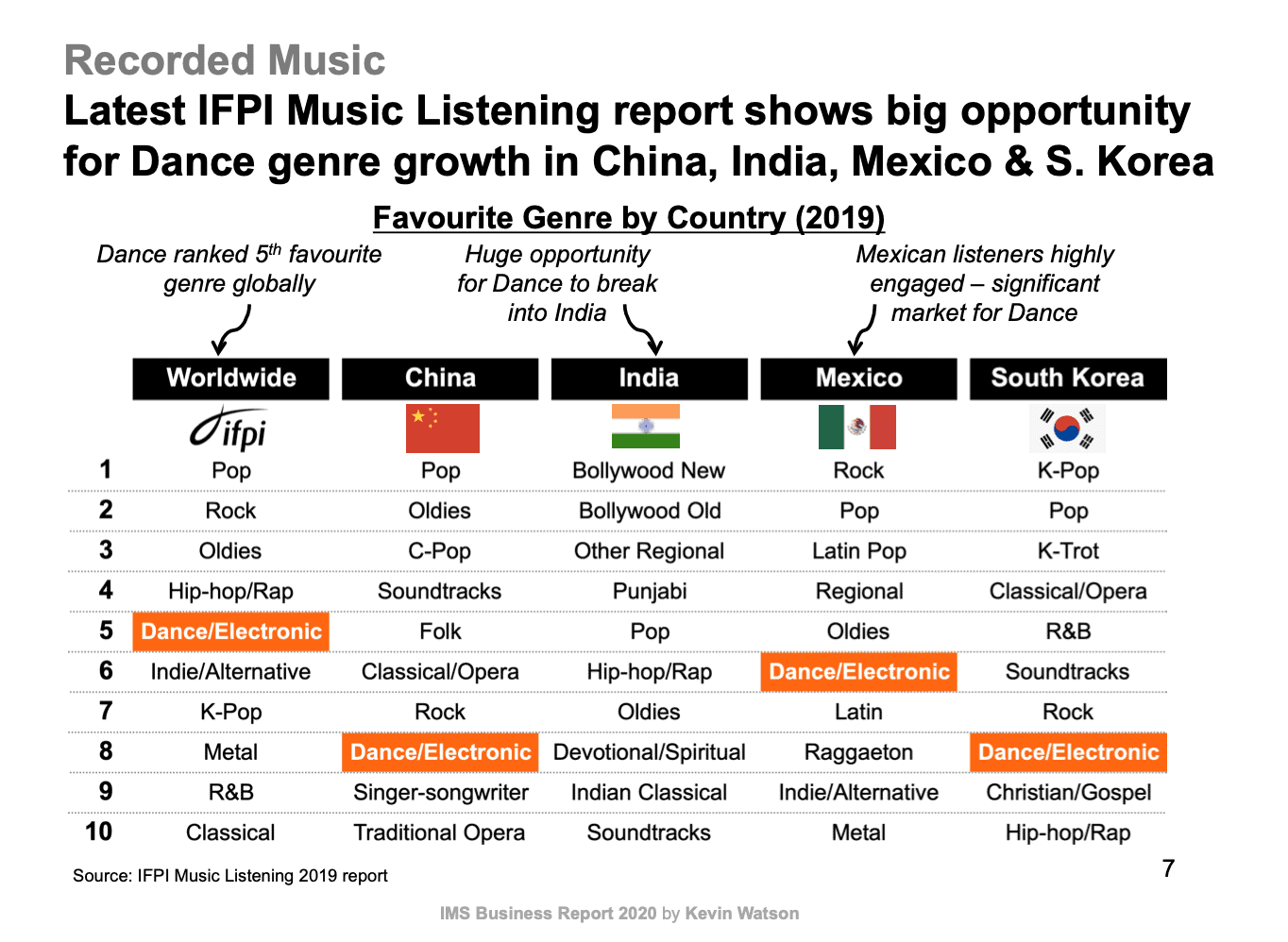 As for the rest of the world, there are huge opportunities to rise in the Asia market, where Pop and K-Pop are by far the most successful genres in China and Korea, while Bollywood dominates in India, where despite having huge festivals like Sunburn, dance music doesn’t even score among the first 10 favourite genres. In contrast, we have Latin America and Mexico, where fans seem very engaged and are helping dance music to establish its position as the 5th overall genre in the world.