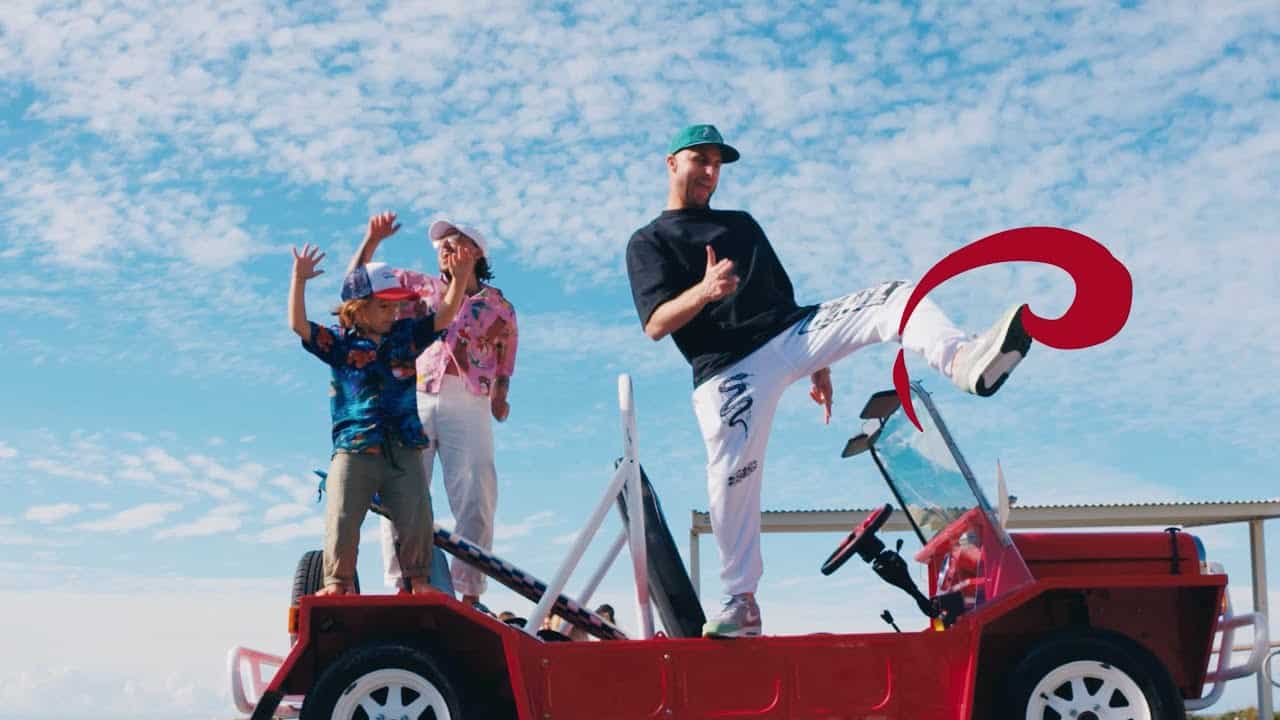 Australian local Little Fritter has enlisted the help of some local names to take you on a fruity adventure in his latest music video. The star-studded cast features fellow Australian DJs FISHER and Wongo, pro-surfer Dimity Stoyle, and of course Fritter’s own son, Dusty.

“Basically because all my crew are at home on the Gold Coast right now when they would normally be on the road touring, surfing, DJing, etc, I thought it would be a sick idea to get everyone together and roll out what a fun day around home is usually like! The video goes perfectly with the tune and my boy Dusty got voted best on ground for his performance!”

The video follows Fritter and Dusty as they take to the streets of the Gold Coast in a Mini Moke, with surfboard in tow. Along their aptly named ‘fruity adventure’ they encounter, and in turn dance with, the likes of FISHER, who Fritter went to school and grew up surfing with, Wongo, and Dimity Stoyle.

The tune is equally entertaining as the video, with its tribal drums, flamenco-inspired guitar, and bongo solo, it is no wonder why the track has already garnered support from the likes of BBC Radio 1’s Danny Howard, Don Diablo, Chris Lake, FISHER, Roger Sanchez, Kryder, Vato Gonzalez, The Aston Shuffle, and many more, as well as being debuted in FISHER’s BBC Radio 1 Essential Mix, and again in his triple j Friday Mix.