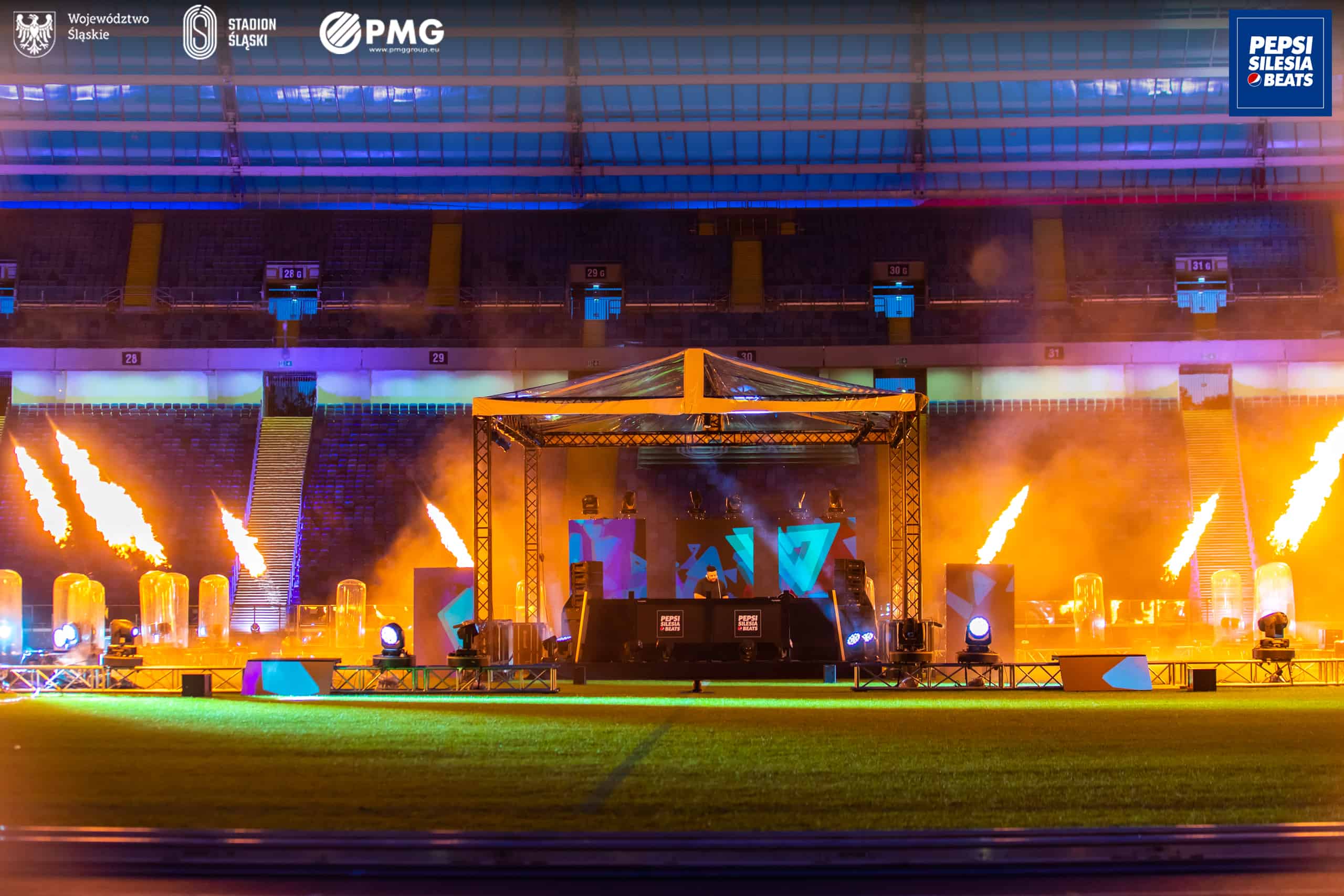 Following a more than successful first edition, Stadion Śląski and PMG Group‘s brand new Pepsi-sponsored video livestream project Pepsi Silesia Beats is set to host its second and third editions. Their aim is to present a virtual music festival which has never been seen before in Europe. Wanting to be unique in every sense of the word, their first ever edition was a smash hit and it proved that the project has well and truly earned its spot in the entertainment world. With three editions planned (the first of which was in June with the next due to follow this month and the third in August), each lineup for each edition is nothing short of spectacular.

Hosted in the massive stadium sized football pitch of Stadion Śląski in Poland, each DJ will put their heart and soul into their performances and will entertain fans who will tune into the livestream from all corners of the world. Setting up an impressive stage for the DJs complete with pyrotechnics to make them feel more at home, the second edition will be even bigger than the first which saw them gain 800,000 views across all of their channels. The lineup for the second edition contains an all-star selection of names; Adam De Great, C-Bool, Gromee, Sikdope while the whole concept has also featured Blinders, DJ Kris, DJ Kuba & Neitan.

Below, you can find more details. Get ready to join in on the event for what’s going to be a huge party that you really don’t want to miss! To get ready, you can watch the aftermovie for the first edition here.