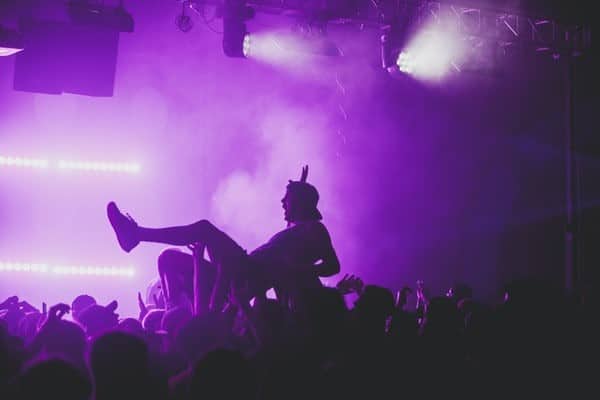 In recent times, rave music from the 1980s has begun to make a resurgence. During its era, the underground movement failed to establish itself as a mainstream concept, which was partially the reason behind its early popularity. That said, throughout the last few years, the connection between various gambling avenues and electronic dance music has become more apparent. So, let’s take a look at the growing relationship between both industries.

Why Is High-Intensity Music Proving So Successful?

Following the rise of digitalization, the iGaming sector has reached new heights following a social change in consumer demands. The advanced technological developments have ensured more convenience in an ever-growing industry. However, along with the transition to mobile platforms altering the outlook of the online casino market, the rising popularity of electronic music has also impacted the in-game features of contemporary titles.

By definition, electronic music is an umbrella term relating to a variety of musical styles that take inspiration from the sounds of the mid-1980s, as per Britannica. The high–intensity sound focuses on the retention of a beat. In turn, this long-lasting build-up of mood-changing audio is the ideal backdrop to a modern-day casino title. This is evident at platforms such as NetEnt, where prospective gamers and ravers can enjoy free spins on a wide array of their developments that incorporate rave-like sounds. Given the disco-orientated nature of dance music, contemporary developers often implement high-energy sounds into their games, including Starburst Slot, to heighten user immersion and in-game intensity.

From a developer standpoint, there are many reasons behind the use of rhythmic dance music in their releases. As per a report at EDM.com, the appeal of a rave revolves around the event’s novelty and uniqueness. Fundamentally, this is why the genre is becoming increasingly integral within the iGaming industry. Crucially, utilizing dance music creates an atmosphere that is likely to attract millennial gamers, while also replicating a rave’s real-world atmosphere.

The Intertwining of Two Flourishing Sectors

Outside of the digital world, in-house gambling experiences have also been transformed because of the new-age popularity of raves. Typically, in the early-1980s, raving began as an underground movement that established a name for itself at unconventional venues, such as warehouses. However, since then, the genre has gone from being a cultural phenomenon to a pivotal aspect in revolutionizing traditional games in mainstream society.

Founded back in November 2015, the emergence of Bongo’s Bingo saw the real-world intertwining of both bingo and dance music. The concept itself has brought raves to the forefront of in-house entertainment. Within the United Kingdom, the latest dance music craze has been the catalyst behind the resurgence of the numbers-based game. Fundamentally, Bongo’s Bingo combines traditional bingo with dance-offs and rave intervals, allowing it to entice a millennial audience base. In true rave fashion, the events are able to capture the core values of an 80s underground experience by heavily focusing their musical selections around the era which saw the breakthrough of dance music.

Over the coming years, there is undoubtedly scope for both sectors to continue growing in tandem. Importantly, both industries have recently proved to be beneficial to each other, as showcased through the sounds of online slots and Bongo’s Bingo. While, of course, each market is capable of growing independently, their recent success can be somewhat attributed to their unquestionable intertwining.