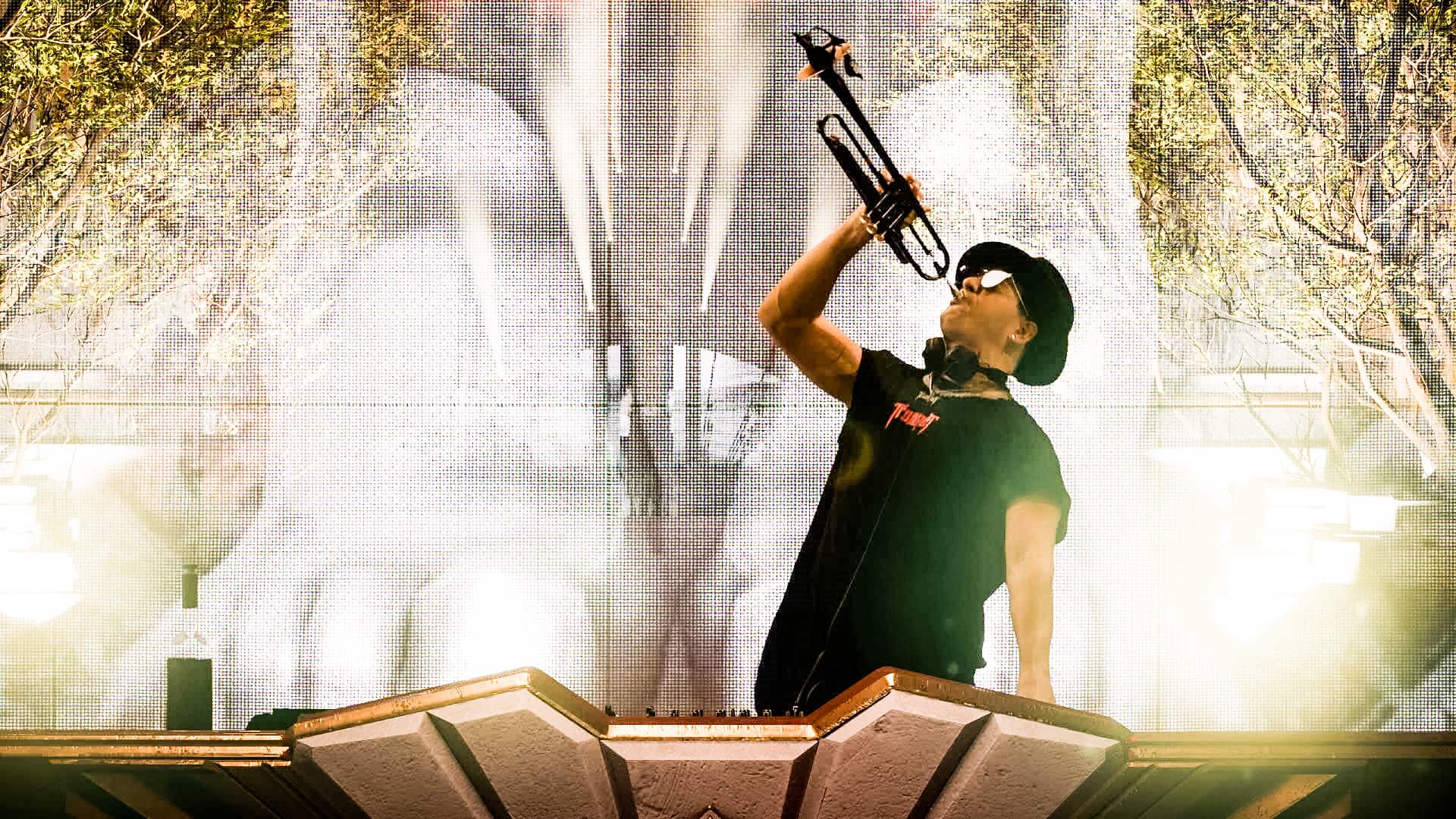 Timmy Trumpet lights the Tomorrowland Around The World mainstage on fire

With his trumpet in tow, Timmy Trumpet never fails to put a smile on everyone’s faces as they bounce up and down to his insane tracklist selections. Always bringing the party wherever he’s performing, he’s someone who can easily replicate the feeling of seeing him in person on a computer screen (and that’s no easy feat!). Managing to convey his crazy persona and aura into a virtual festival, he took to the mainstage of Tomorrowland Around The World and lit it on fire in true Trumpet style.

Making his crazy entrance with trumpet in tow, he wasted no time bouncing all over the place and raising energy levels. Truly commanding the stage and making sure all eyes were on him, he brought out his showmanship. Even shouting out the doctors, nurses and all frontline workers in an emotional tribute and thank you message, he then played Avicii and Aloe Blacc’s ‘SOS’ against Delerium’s ‘Silence’ with his trumpet for what was an emotional mix to say the least.

Of course, Timmy Trumpet also brought the laughs, especially when he brought out a cardboard cutout of Vitas when he played their collaboration ‘The King’ (which made for one of the most talked about moments of Tomorrowland last year when he brought Vitas to Tomorrowland last year during his set on the mainstage). Even doing a crowd control, he managed to get people moving from the comfort of their own homes. Truly a show man, you can buy a relive ticket here from July 27 to relive this set and all the others. Check out our other set reviews here.