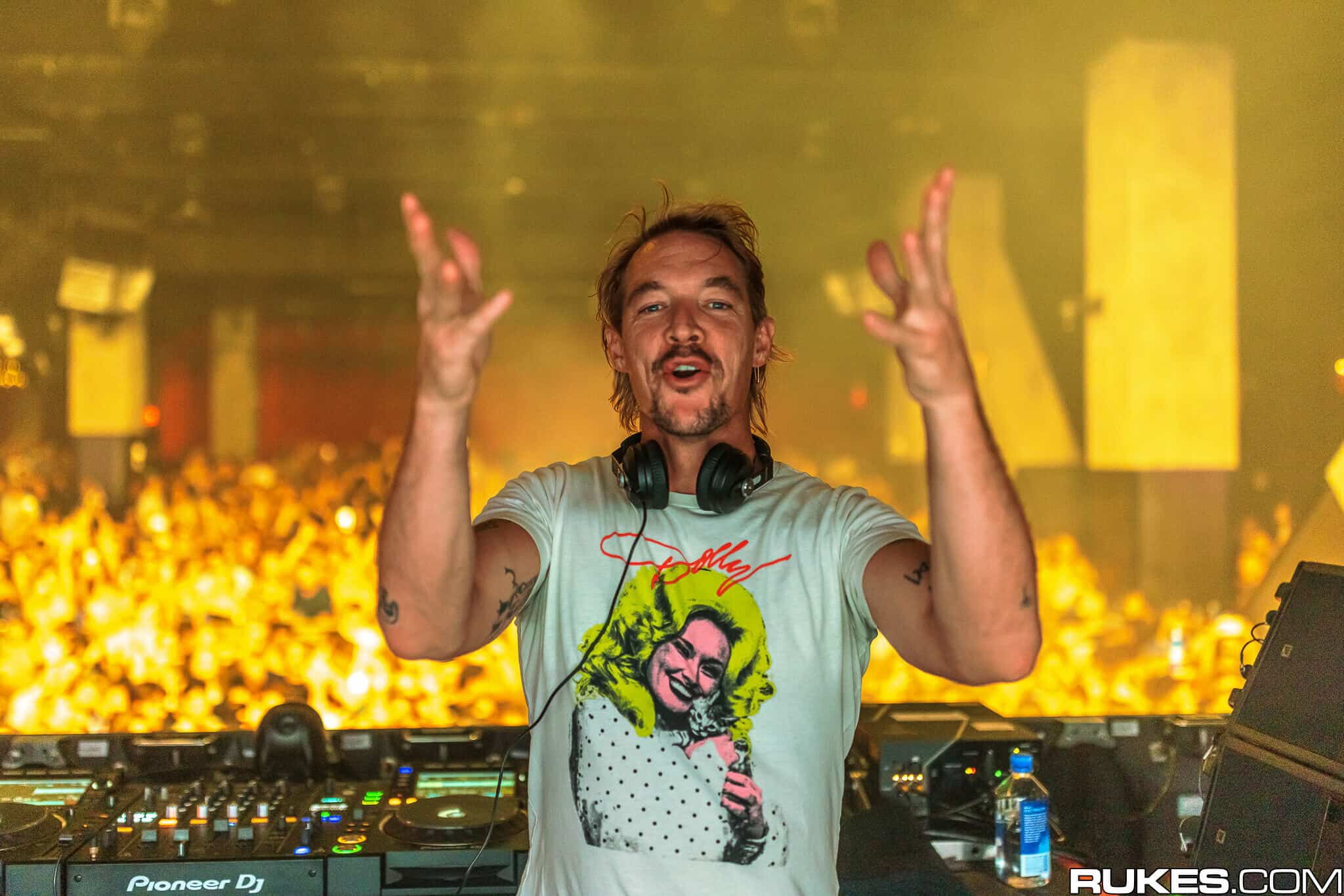 A lot of EDM trap productions have occurred not only in the world of bass music but also in the mainstream – from main music charts, through the biggest radio stations and TV to tens of millions of views on YouTube and gold – or even platinum – certifications. In the third part of 50 legendary trap songs list, we decided to present slightly more popular trap songs, most of which were in contact with a larger number of electronic dance music listeners in the past. Most of the authors listed below are top stars in the music industry nowadays with astronomical numbers of streams on Spotify, Deezer, SoundCloud, and YouTube. Let’s be honest, is there anyone who hasn’t heard any song made by Diplo, DJ Snake or Mura Masa in these days?

The most recognizable song – together with …Girl and Miss You – from his debut ‘Soundtrack To A Death LP from 2014. When the material was released, Mura Mas was only 18 years old. Lotus Eater is a euphoric flute-inspired trap song that makes you feel like you’re in a Chinese garden with pandas and monks.

Without a doubt, the biggest trap song of the 2015 & lead single from one of the best bass EPs of the same year, Soundclash EP. It’s a perfect combination of Chicago & UK production styles with deep bass and two unique drops – first one with crazy trap-lead synth and second with some catchy Troyboi’s vibe. And of course that mosh-pit opening famous intro…

We don’t think we have to present this song to anyone. Released on December 18, 2013 Turn Down For What showed DJ Snake to a mainstream world, and the rest is history. It’s probably the first trap song to be played on radio and music TV stations around the world, even in Poland around 2014/2015. Turn Down For What has earned six platinum certifications in both the United States and Canada.

Jaguar was released when What So Not was still a duo consisting of Christopher John Emerson (actual member) and a guy named Harley Edward Streten who is now known as… Flume. This song has everything that trap-style song should have – from the melodic intro with some splendid minimalistic vocals to heavy bass-hitting drop with huge trumpet-style synth. This one has everything that characterizes What So Not sound.

This beautiful Australian producer, just like I Want U, could not be missing from this list. The lead single from her debut album, Run, is a neat trap banger whose above-average beauty is given by the artist’s snappy vocal on intros & breakdowns. If you’re a gamer you should hear I Want U in NBA 2k17 and Forza Horizon 3’s soundtracks. Two years after the premiere, in 2016, the song went gold in Australia.

Breakthrough production in NGHTMRE’s career and at one time one of the most desirable IDs in the bass world. Before coming out, STREET was supported by acts like Flosstradamus, The Chainsmokers, Flux Pavilion, or Skrillex during his mainstage set on Ultra Miami 2015. Massive drop made with falling down in piano roll pluck accompanied by classic trap chords, all kind of different synths, and some cool vocal samples.

We think there’s a reason why a monster truck is on this 2-track Grandtheft and Keys N Krates’ EP cover. Keep it 100 EP, released on Mad Decent, gave us two powerful certified trap bangers that were simply doomed to success in the world of bass music. Keep It 100‘s drop is a heavy monster with a muscular 808s and deeper than deep bass which can squash your guts, easily.

Hud Mo is a legend. Apart from being a part of a famous TNGHT duo (with Lunice), he is also able to present such face-melting bass masterpieces as Chimes, and whole Chimes EP, solo. Sinister trap horns, the main accent of the song, are in some kind “inspired” by these ones from TNGHT’s Higher Ground but still, this needed to be on this list. Also, same year Hudson released Chimes RMX featuring really nice hip-hop team – Pusha T, Travis Scott, French Montana, and Future.

Surface is still one of the most viewed/played tracks released in whole Monstercat‘s history. In those days, between 2014 & 2015, the Aero Chord’s style of production was impossible to forge, characterized by intense drops, hard kicks, and quite a long melodious intros, which the EDM trap fans were rather not used to. This tune was featured SLANDER’s historic Trap City 2014-2015 Mix and R3HAB’s Trap City 10M Subscribers Mix.

Nowadays Diplo is mostly recognizable for dance-pop songs, catchy house records, and hip-hop beats but from 2012 to 2015 he was one of the leading acts representing trap sounds on EDM. One of his first hit records, before Random White Dude Be Everywhere LP and Jack Ü project, was THIS collaboration with DJ Fresh. Earthquake went big not only because it’s a great trap record, but also because of a feature on the Kick-Ass 2 movie soundtrack and music video.