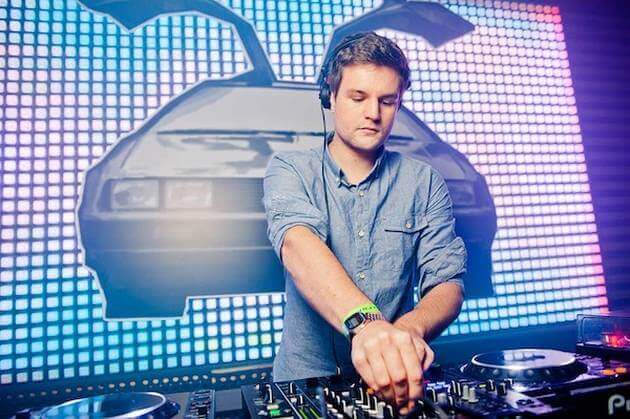 A decade ago, Scottish DJ and producer Grum released his debut LP ‘Heartbeats’, a progressive trance album that earned him a Number 1 on the iTunes Electronic Dance Charts, the title of ‘Best Electronic Artist of the Year’ by UK iTunes, and a dedicated following. Now, 10 years later, he has re-released the album in celebration of the milestone, with two new remixes from Tinlicker and Paul Thomas included.

The album opens with Tinlicker’s remix of ‘Through The Night’, which adds an extra dose of energy, fusing nu-disco and progressive trance elements to craft a fresh reworking of one of Grum’s most beloved songs. ‘Runaway’ also gets the remix treatment, this time from Paul Thomas, who employs a soaring arp and thick bass to transform the original for a new age.

‘Heartbeats: Ten’ was released on Grum’s own label, Deep State Recordings, which was founded earlier this year. The imprint has the vision to redefine house and progressive trance music; this release is certainly a move in that direction.

There’s no denying that album has certainly stood the test of time, and with two fresh new remixes it’s as relevant as ever. If you’re a Grum fan, or simply love some good progressive trance, stream ‘Heartbeats: Ten’ here.