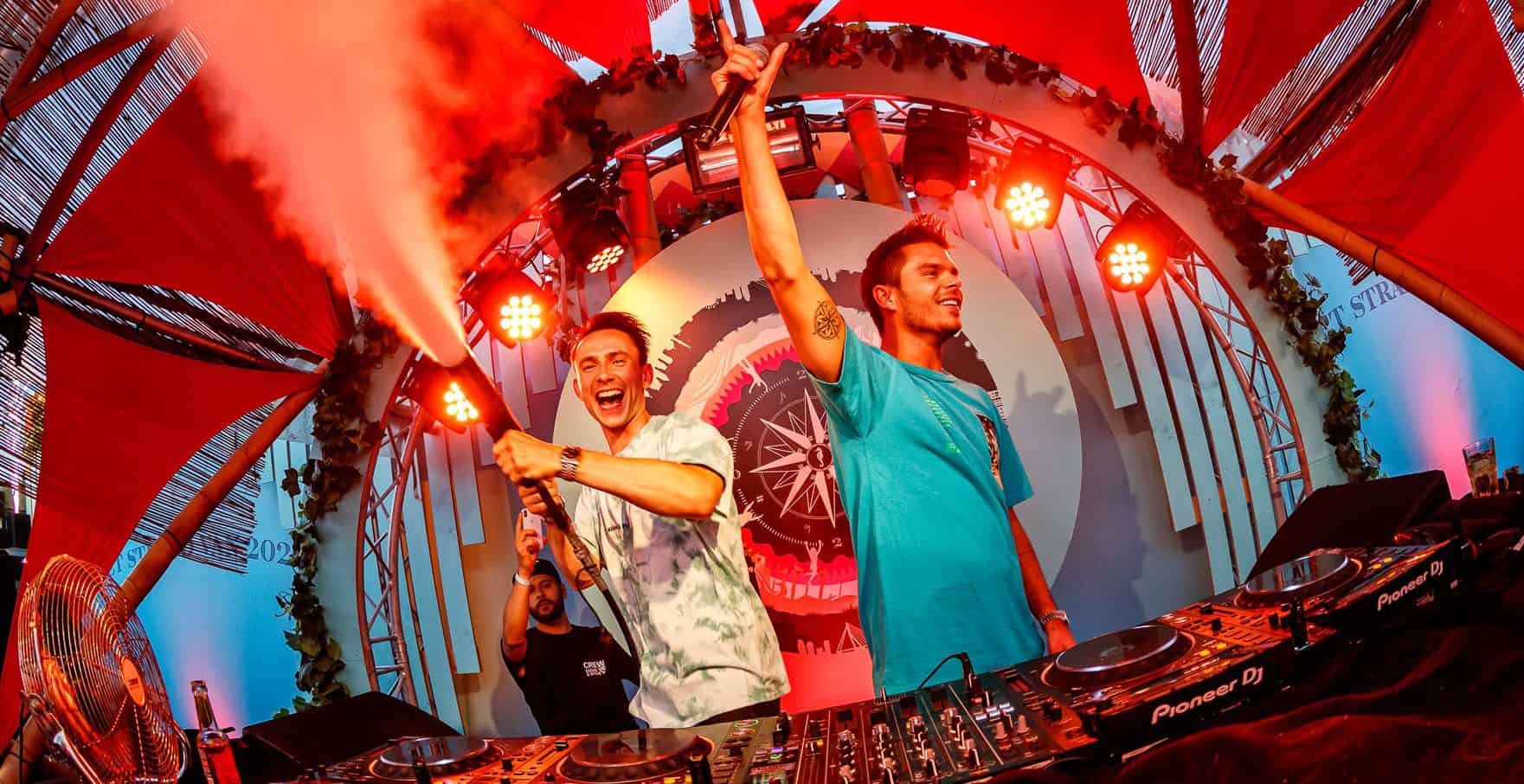 Taking place at a picturesque beach in Texel, an island in the Netherlands, Het Strand van 2020 offers partygoers the chance to experience a live show with safety measures in place to protect those in attendance from COVID-19. So far, the concept has allowed artists including Nicky Romero, Sunnery James & Ryan Marciano, Lucas & Steve and Fedde Le Grand to perform live in front of a crowd for the first time in months. Providing great solace for ravers during this difficult time, this event has proven that the industry can overcome anything. After hearing great reports about the event, we went to check it out for ourselves.

The show itself took place inside the Paal 17 beach club, which is situated 15 minutes from the harbour. In order to be allowed inside, you have to agree to specific rules and regulations, confirming that you are healthy and your group lives within the same household. After being escorted to your table, the rules are explained again. Most importantly, you are not allowed to move around the venue. A selection of food and drinks are provided at your table, which is included in the ticket price.

First, we enjoyed a chill set from the resident DJ, who warmed up the crowd and built an incredible atmosphere within the venue. With a crowd of only 120 people, the intimate nature of the show made it incredibly special. Not to mention, the views at the location were truly breathtaking, the perfect setting for live performances.

Our experience at Het Strand van 2020 included two unforgettable performances, and a surprise mini-set, from Lucas & Steve, who brought their unique energy to the venue in incredible style. During their first set, the Dutch power duo reacted to the audience with ease, proving the perfect fit for the aesthetic setting. Revisiting some of their greatest hits the pair provoked a momentous audience reaction with many of their most classic anthems. To make the performance even better, Lucas & Steve even dropped some brand new music from their upcoming album.

The second show took place later on in the evening, as the sounds of Lucas & Steve were accompanied by the vision of a breathtaking sunset. During this set, they took the energy to the next level, as the audience sang along, clapped and cheered in response. The dynamic duo finished the night with a small surprise third set, this time delving into tech house, a true treat for the audience. The energy of the event was phenomenal from start to finish, and felt incredibly safe. Here’s what Lucas & Steve had to say about the show:

“After not partying for so long you really work towards that first party, and “Het Strand Van” made that possible. It’s the second day we’ve done this and you notice that people become more familiar with the concept. The first time everyone was really waiting, they didn’t know what to expect. The second time, they had seen the videos and they knew what was going on. And the same counts for us. We still have to adapt a bit to what we can and cannot do. And at some point we got a vibe that reminded us of how we used to party, especially during the evening show. For us it’s so great to finally play again, to take people on a journey, to test out new records and to have people dancing again. Even when they are sitting down.”