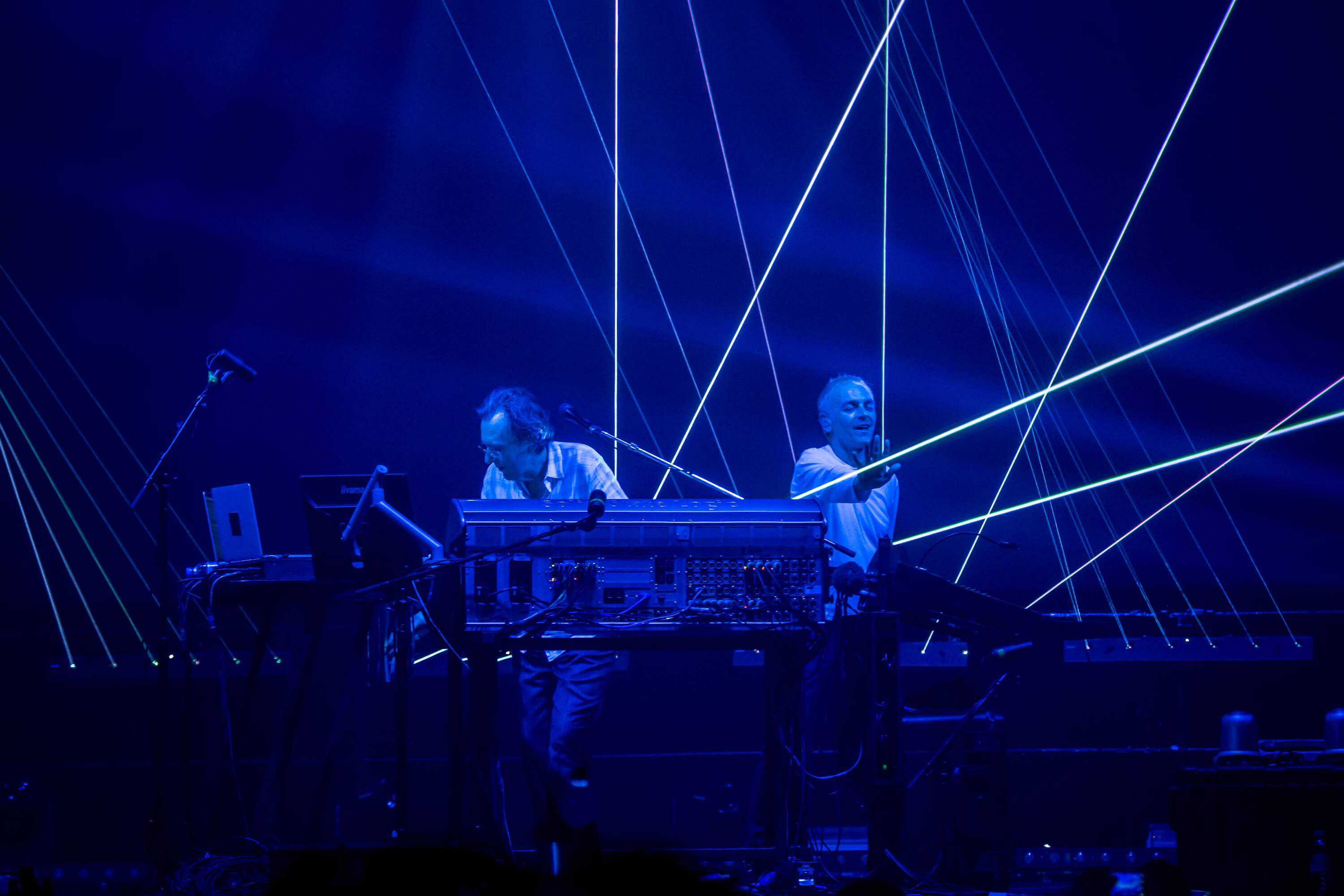 British electronic duo Underworld were due to embark on a North American tour in Spring of this year to celebrate their career which has spanned across 40 years – and counting – but due to COVID-19, that had been cancelled. Not disappointing their fans though, they came up with something even more special regarding their tenth studio album, ‘Drift Series 1’.

‘Drift Series 1’ was released in November of last year, and was a culmination of music being released on a weekly basis for a year (since 2018) with around 38 tracks in total. It was an ambitious and special project for the duo and for fans of the duo, and nearly a year on they’re bringing it back in a special way. Previously, they had released a special 7-CD, and one blu-ray box set called the ‘Drift Series 1 Sampler Edition’ and now they’re reissuing it all.

Remodelling it all, it’s out tomorrow (Friday 18 September) and has got a complete re-vamp. It now features 8 CDs and a previously unreleased recording of Rick Smith’s set at Ziggodome Amsterdam (RicksDubbedOutDriftExperience) in which he opened for Underworld. In addition to this, there’s also a 50-page booklet featuring lots of wonderful content. You can order the box set here, and check out what’s in it below.