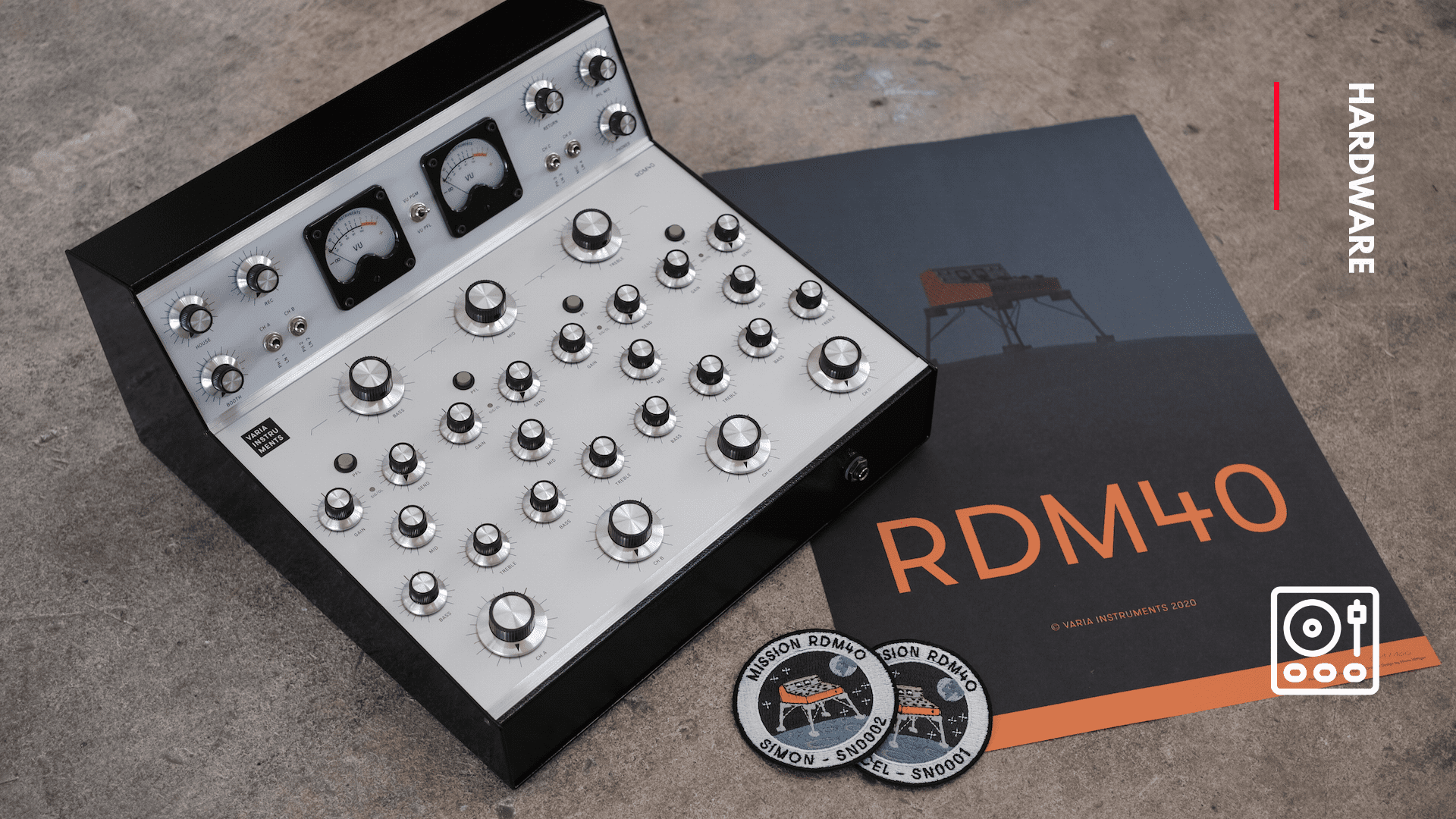 Varia Instruments RDM40 is an upcoming rotary mixer that’s as much art as science.

There’s a multitude of mixers available for DJs nowadays, from the basic to the professional stuff, there really is something for everyone. From Pioneer’s industry-standard DJM mixers to the analogue sounds of Allen & Heath’s Xone series as favoured by the techno crowd, you’re spoilt for choice. Pioneer’s top-range stuff may be expensive, but it’s ideal for those looking to seamlessly transfer from a more basic controller, while Allen & Heath fans with cash to spare can drop a fair whack on their flagship Xone 96, or if they’re feeling really flush, the bespoke Model One. But what if that’s still not exclusive enough? Well, how about the all-new Varia Instruments RDM40.

Those scratching their heads at both the name, the company and indeed the image above might be wondering what on earth the fuss is about, especially given this looks like something you’d find in a NASA control room circa-1968. The key is both on the inside, and indeed a certain aspect of DJing that dates back to the 80s. The first thing that probably jumps to mind is the lack of faders. That’s because, as the aficionados will know, the RMD40 is a rotary mixer. DJs such as Larry Levan, Junior Vasquez, Louie Vega, and plenty more have long favored the “old school” rotary layout over the now more familiar fader. Each of the four big knobs at the bottom sets your level – the same outcome, but a different feel than some DJs intuitively prefer. Above each, there’s a 3-band EQ for each channel, a gain, a send, and a cue button. There are subtle differences such as the EQ being labeled “bass” and “treble” rather than the more familiar low and high, while the cue buttons are marked “PFL” short for “pre-fade listen”. That’s because the RDM40 and indeed rotaries going right back to the early age of DJing share more in common with radio broadcast mixers, indeed the separation between the two being non-existent at first. There’s also a nice chunky 3-band master EQ, while on the top panel are some old-school VU meters, proper big switches for phono and line selection, a return knob, three output controls for booth, record, and master (labelled “house” for front-of-house), and two knobs for the headphones – one for level, one for mix. And that’s it.

It’s a more simplistic and raw take on a DJing, with everything you need to mix two records together and nothing more. The Apollo era look is no mistake either, the design is based around “the technology and aesthetics of space missions” and the whole thing is big, bulky and solidly built. The full technical specs aren’t out yet, but one look at the Varia Instruments website shows this thing isn’t some mass-produced product for the masses. It’s solid metal, presumably full analogue circuitry, features a linear power supply for both 100 and 240 volts, and as the video of their nameplate production on their website suggests, is built entirely by hand. But while there’s a space-technology look to it, there’s space-technology price tag of £2,975. It’s a lot of money for something that has way fewer features than a flagship mixer of a similar price, but for those who know the work that’s gone into this, those who appreciate a mixer as a piece of art as much as a tool, and those who prefer the old-school style of knobs over faders, the choice is obvious.

You can pre-order the Varia Instruments RDM40 here ahead of the October release date here, and check out more information and photos here.