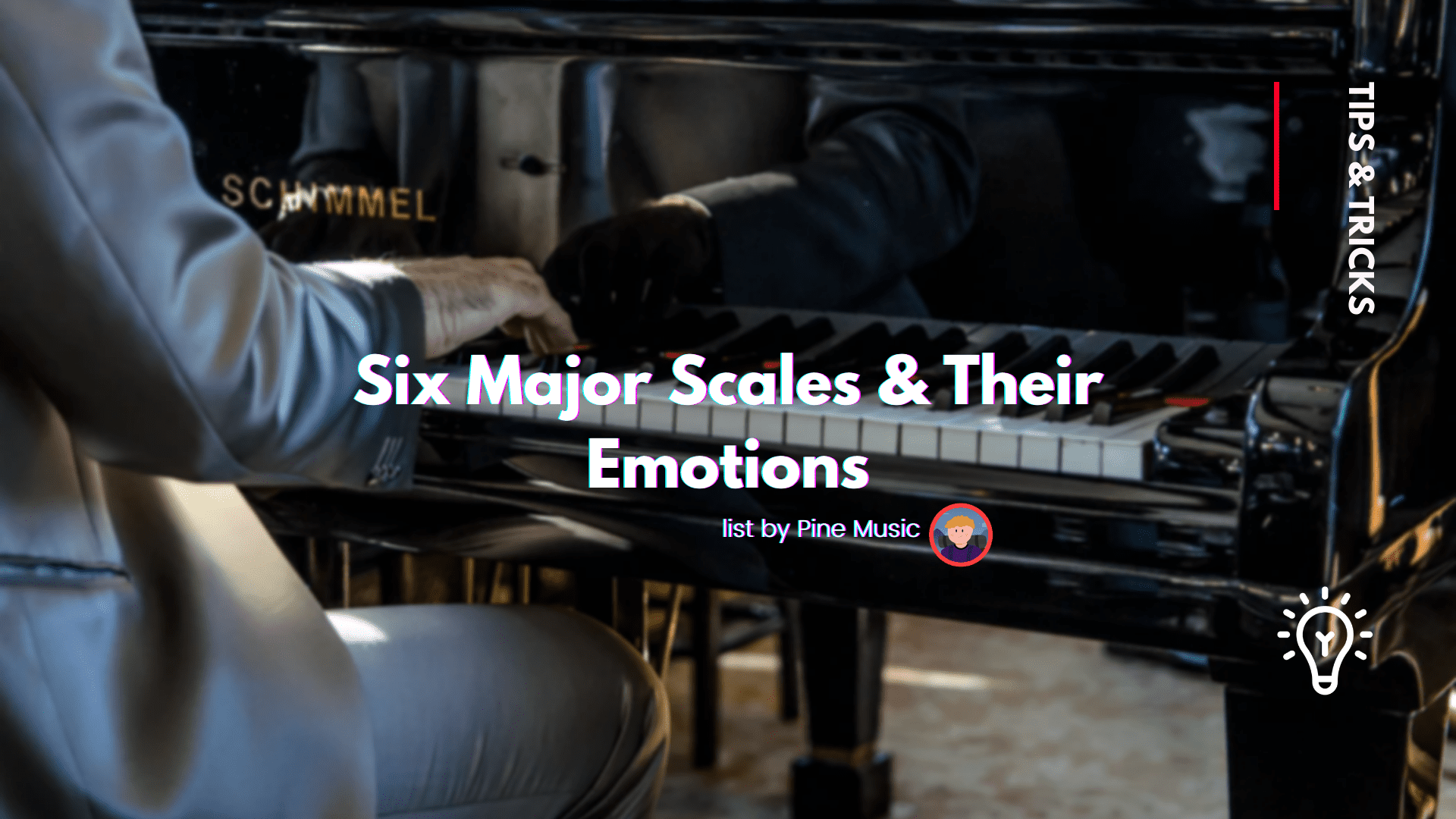 6 major scales in music and their emotions, guide by Pine Music

Musical scales are a kind of language that allows us to know what kind of sounds we should move on to make our compositions sound good. A musical scale is nothing more than a collection of sounds arranged in a certain order. The sound of a scale is defined by the particular pattern of intervals that makes up that scale. Major and minor scales are the most common types of scales used in many kinds of music, including electronic dance music. Major scales and their emotions are the most important piano scales – they are very common and fundamental to understand keys. If you want to write a song in a particular mood, vibe, style or you feeling overwhelmed by all the scales, you definitely need to know the 6 major scales’ emotions. This knowledge makes it very easy to write songs and it is one of the basic knowledge of composing melodies. Our good friend, Pine Music, created a perfect guide about major scales and their emotions, which will help you understand this language at an express rate.

Six major scales and their emotions:

Also, you can find out and study the scales and chord progressions of over 13000+ songs on hooktheory. Hooktheory is a very helpful tool for improving your knowledge of music theory.

If you prefer a visual version of the emotions conveyed by these 6 major scales’ emotions, check this Pine‘s Instagram post: