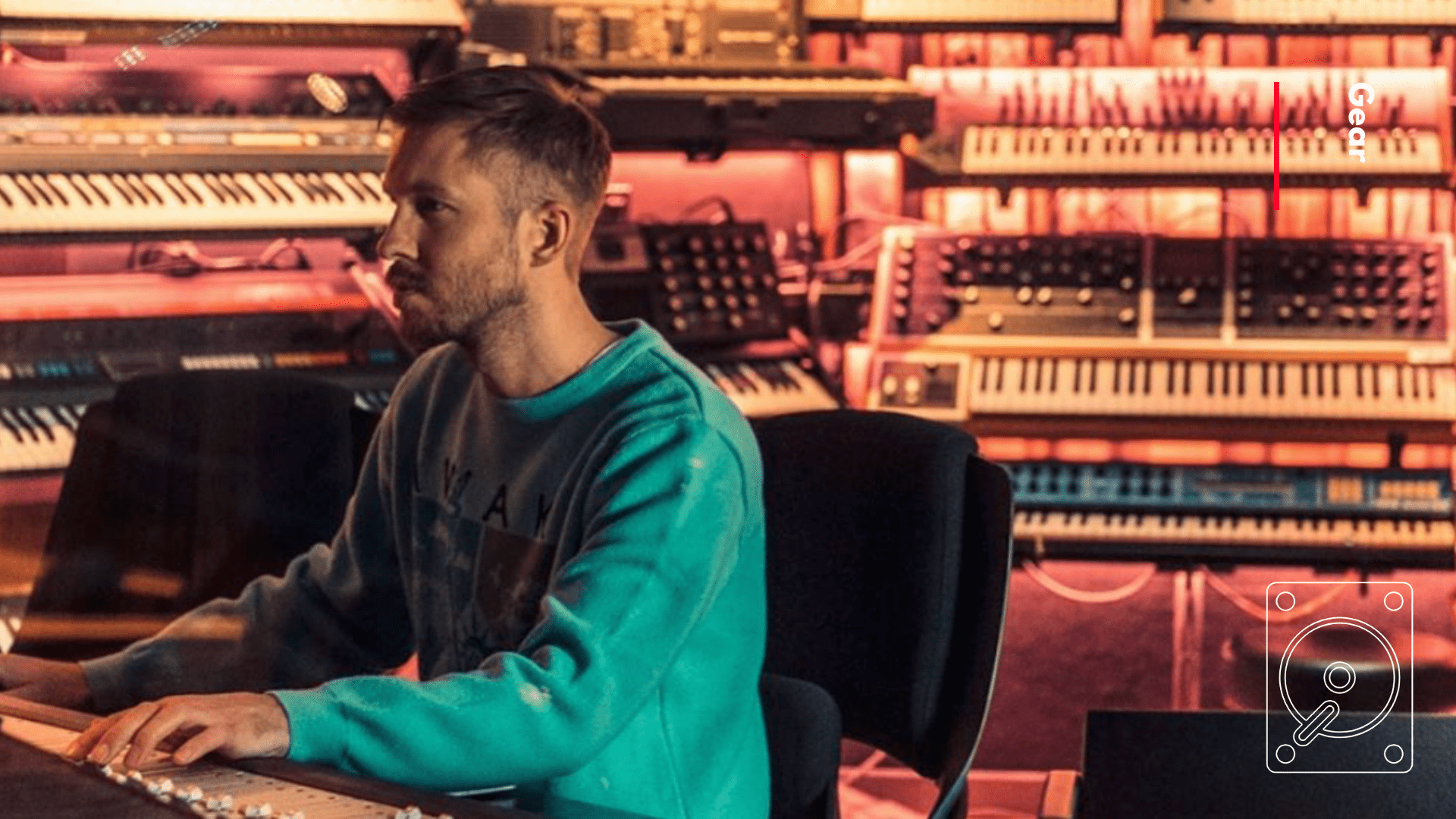 Calvin Harris: an insight into his studio gear

Recently we got an insight into how Calvin Harris works his magic in the studio with a behind the scenes video showing part of the process of making his collaboration with The Weeknd, ‘Over Now’. But what equipment is he using? Is it a matter of great gear or great mastery of his craft? Let’s break it down and take a further look.

Firstly, the obvious – yes Calvin Harris might have a studio packed full of goodies, but it’s clear that talent, skill, and dedication are why he’s got such a knack for making hits. It’s clear the guy also knows his gear and the sound he wants, which leads to some interesting innovations and throwbacks. First up the drums – starting with some percussion loops from a Quasimidi Rave-O-Lution 309, a 90’s hardware unit that was a live performers’ favourite due to its onboard sequencer. Kicks usually come from computer-based samples, a fairly standard practice, but the analogue is never far away, with some vinyl loops and procession via a Neve mixing desk and an Ensoniq DP/4 FX unit, another piece of 90s gear which gained something of a cult following when it was released. There’s other drum gear in view, with the legendary Roland TR808 possibly providing some extra sounds being triggered from the Rave-O-Lution, but it’s not quite clear.

Then there’s the synths, and a what a collection. There are various Moog synthesizers, including a rather lovely new Moog One, a whole brace of Sequential Circuits gear including the legendary Prophet 5, various vintage Roland stuff such as the Jupiter 6, a Jupiter 8, and a Juno 106, to name just a few. However, the synths shown used in Over Now are a little more niche, and very 80s – the PPG Wave 2 is used for some Rhodes-like keyboard sounds, while the ARP Solina SE-IV is used for it’s rather niche string sounds. There’s a hint of acid in there too, with a subtle 303 line coming from a Devilfish modded TB303 unit. He even digs out the vinyl, selecting Defected’s Acapella’s Vol. 4 to give a little chopped and looped backing for The Weeknd’s main vocal.

A good bulk of the song uses more traditional instruments too, with a classic Rhodes piano, a Fender Stratocaster guitar, and what looks to be a Fender Jazz bass, along with a rather nice looking grand piano. Overall though, it’s once again worth noting that this is the total opposite of “all the gear and no idea”. Calvin knows what he’s doing, and could probably get the same results from a laptop with some plugins loaded onto it. Vintage hardware is lovely to own and collect, but if you want to make it as a producer, it won’t wave a magic wand for you.

What else can you spot that we’ve missed? Check out the video below.