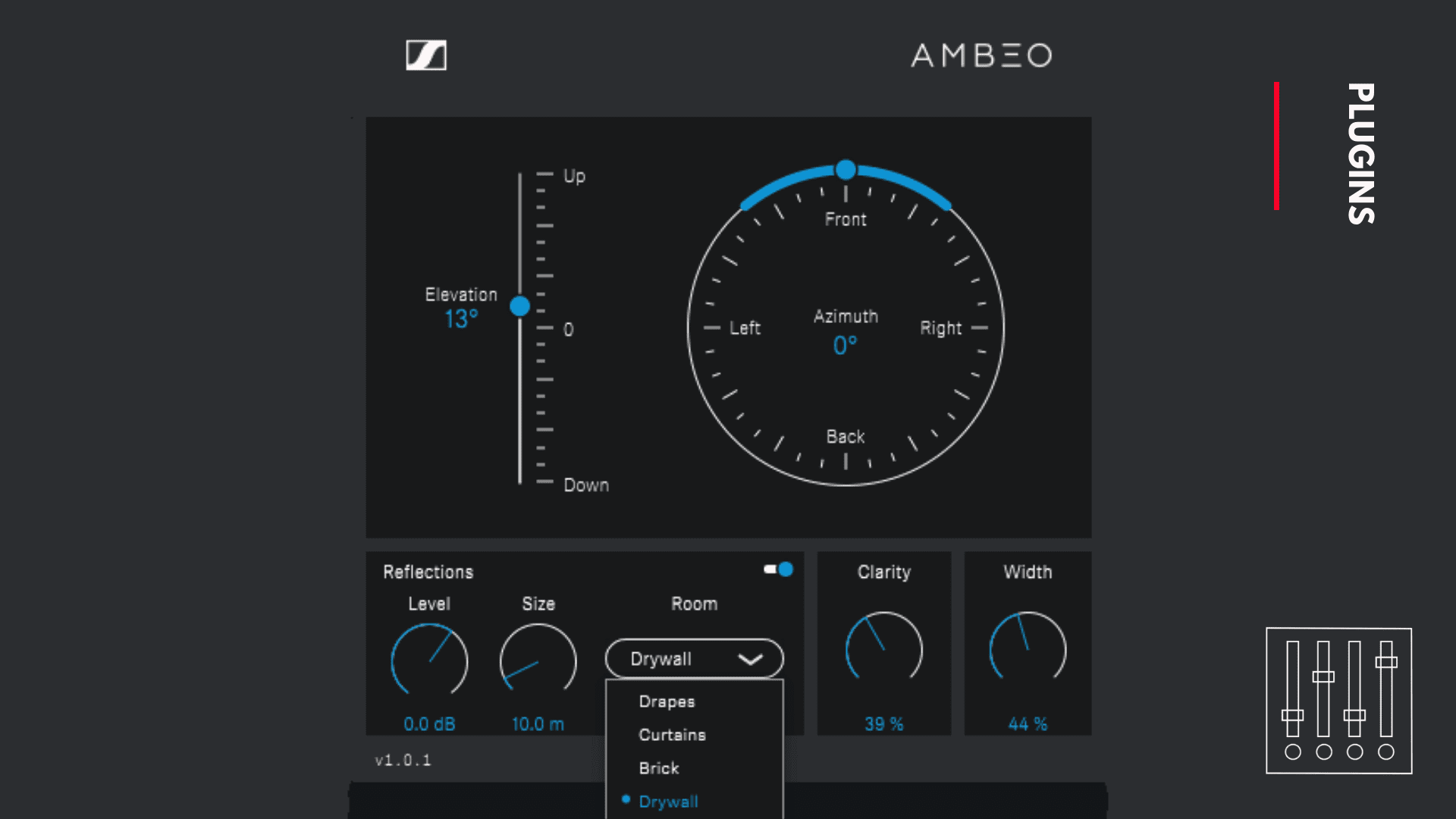 In the past, most music used to be in mono as it was mostly consumed through single speaker units. When stereo speaker systems were introduced, engineers needed to consider new and exciting possibilities for a recording’s various signals. A new way of mixing became available for engineers to make the records more unique and to put their own signature sound into the tracks. That’s why, nowadays, a pop record is mixed by several mixing engineers, due to their way of treating the stereo image. Music producers and engineers today encounter various questions like “should the drums be centered or panned”, “should the vocals be centered”, and if so, “how does that affect how loud it should be in relation to other instruments?” These questions were revolutionary back then, but are standard in the present day. This free stereo imager plugin by Sennheiser can make these adjustments with ease, but also offers a lot of exciting features.

The Sennheiser Ambeo Orbit plugin is a FREE binaural stereo imager plugin that can place effective additional mono or stereo sources into the 3D sound field, preventing unwanted discolouration. When playing a single tone in one ear and a slightly different tone in the other ear, the difference causes the brain to create a third internal tone called ‘binaural beats’. This can only happen when the frequencies of the tones are lower than 1000 hertz (Hz), for the brain to experience it as binaural beats. For example, if the left ear registers a tone at 200 Hz and the right at 210 Hz, the binaural beat is the difference between the two frequencies, so 10 Hz. Not only can you use this plugin as a panning tool, but it can also be used as a tool to control the 3D space. This stereo image plugin comes with these features:

These two features control the direction of the sound source, whereas your standard volume fader in the DAW controls the distance of the sound sources. The standard gain is now functioning differently, as this allows you to mix your track more effectively than normal.

This free stereo imager plugin creates the possibilities to make mixing even faster and easier. Making suitable adjustments to every sound with just a few knobs will make your stereo image unique and will take your production to the next level. Give it a try by downloading the plugin here.

Check out the plugin in action down below.

Read Next: 5 tips to solve phase issues in your songs