Between 2016 and 2017 many good things happened with the signing of Noisia. The Dutch trio tried out their external contour and launched their studio album ‘Outer Edges’. In celebration of the album’s release, an unbelievable tour followed and also a remix album.

Later on, in September 2019, Nik Roos, Martijn van Sonderen and Thijs de Vlieger announced that the group would split at the end of 2020. To the great sorrow of all fans of the drum & bass gods, 2020 would be the final chapter of a 20-year history guided by uncountable work of unquestionable quality. However, it seems that good news can be drawn from this year plagued by Covid-19 year.

Due to the pandemic, their farewell performances were cancelled. To allow them to reschedule as many tours as possible, to properly say goodbye to their legions of fans, Noisia postponed their end. 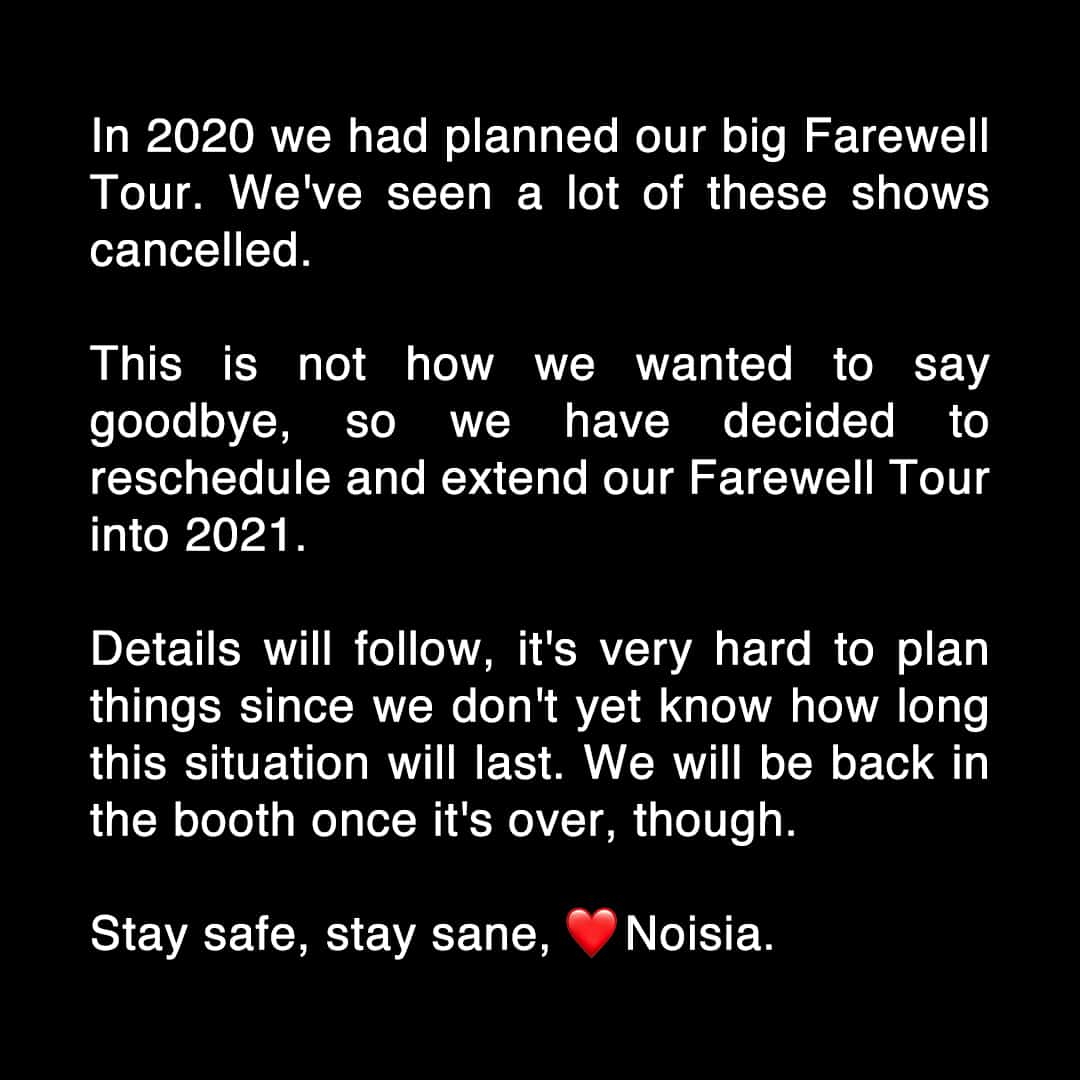 On top of that, and in order to counteract the lack of festivals this year, the trio decided to sweeten our mouths with two nostalgic releases: ‘Outer Edges’ live album + ‘Live at Roskilde’ film. The super tour that surrounded the released of ‘Outer Edges’ has gone down in history as one of the most amazing audiovisual shows in contemporary electronic music.

Noisia said, ‘This was the most ambitious thing we ever did together: creating an audiovisual show around our own album, ‘Outer Edges‘. It meant building an audiovisual instrument first (with Boompje Studio, Pixelclone and Manuel Rodrigues) and then a show to perform on that instrument. Everything synced, but controlled live, to create one cohesive experience. It was a lot of work, and a lot of stress – especially when the actual album leaked and we found out minutes before going on stage to perform it for the first time – but it is something we are still very proud of. The visuals were all custom made, a lot of them by Nik himself who VJ’d during the set, Thijs brought a part of his modular setup to jam on stage, and Martijn controlled the flow of the songs through Ableton. It felt like the ultimate way to perform our music.”

‘Outer Edges Live’ is now available and the release is accompanied by the sixty-minute film of ‘Outer Edges’ live show at Roskilde 2017, a selection of the most impressive moments of this audiovisual show.

Run for both and relive Noisia’s outstanding music. Find ‘Outer Edges Live’ here and vibrate with ‘Live at Roskilde 2017’ film below: