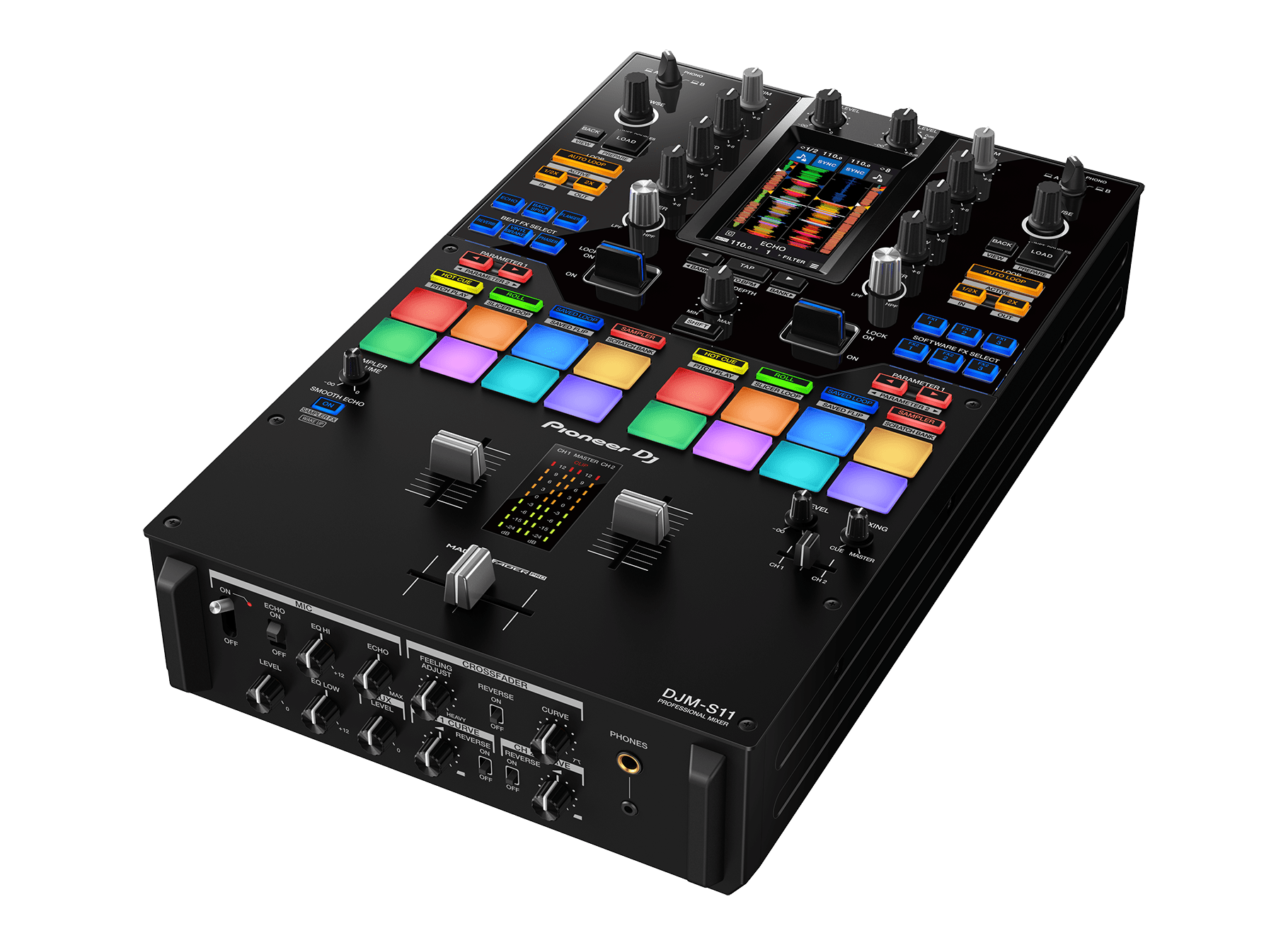 Pioneer DJM-S11 – designed for scratching, but is there more to it?

Pioneer have been kicking out DJ gear like it’s going out of fashion lately, with the DJM-V10 and the brand new CDJ3000 both making an appearance this year. But with the rumoured replacement for the DJM-900NXS2 still just the talk of forums and social media gossip, they’re not letting up on the mixer front, with the Pioneer DJM-S11 now making an appearance for a different side of the DJ market.

From the off, the name DJM-S11 gives a clue as to its purpose, the “S” in the name designating it as a mixer aimed at those who enjoy a bit of scratching. Indeed, with just 2 channels, a short-throw MAGVEL crossfader with adjustable “feel” and “curve” controls on the front of the mixer, mic input, channel fader curve adjustment, and headphone socket also taking pride of place on the front panel, it’s clear this is a mixer that is solidly in line with scratch-proof mixers of old, and even someone who hasn’t hit the ones and twos since the heyday of turntablism in the late 80s and early 90s should be able to pick up where they left off.

But the S11 is much much more than the sort of thing Grandmaster Flash, Qbert, or the late Jam Master Jay first used when scratching became big. The DJM-S11 also features a wealth of modern day features, as found in various other Pioneer DJ kit, including a large central touch screen (oriented vertically in the scratch DJ tradition of vertical being more intuitive than horizontal), which allows you to load tracks, check your waveforms, and apply Touch FX on the fly, an expended effects section with 22 beat FX, and 8 performance pads per channel, allowing users to get creative with samples, rolls, loops, hot cues, and so on. There’s plenty of digital compatibility too, with dedicated USB ports for two controllers or CDJs, and a separate pair for further MIDI control, with the entire mixer being fully MIDI-mappable. In addition, there’s support for Serato DJ Pro (with Serato’s Pitch ‘n Time DJ expansion included), and rekordbox (with Performance Mode unlocked with the mixer). The unit looks solid, and the dimensions follow the “long and tall” scratch mixer formula, meaning it’ll fit perfectly between a pair of turntables in the scratch orientation, with all the controls falling right to hand.