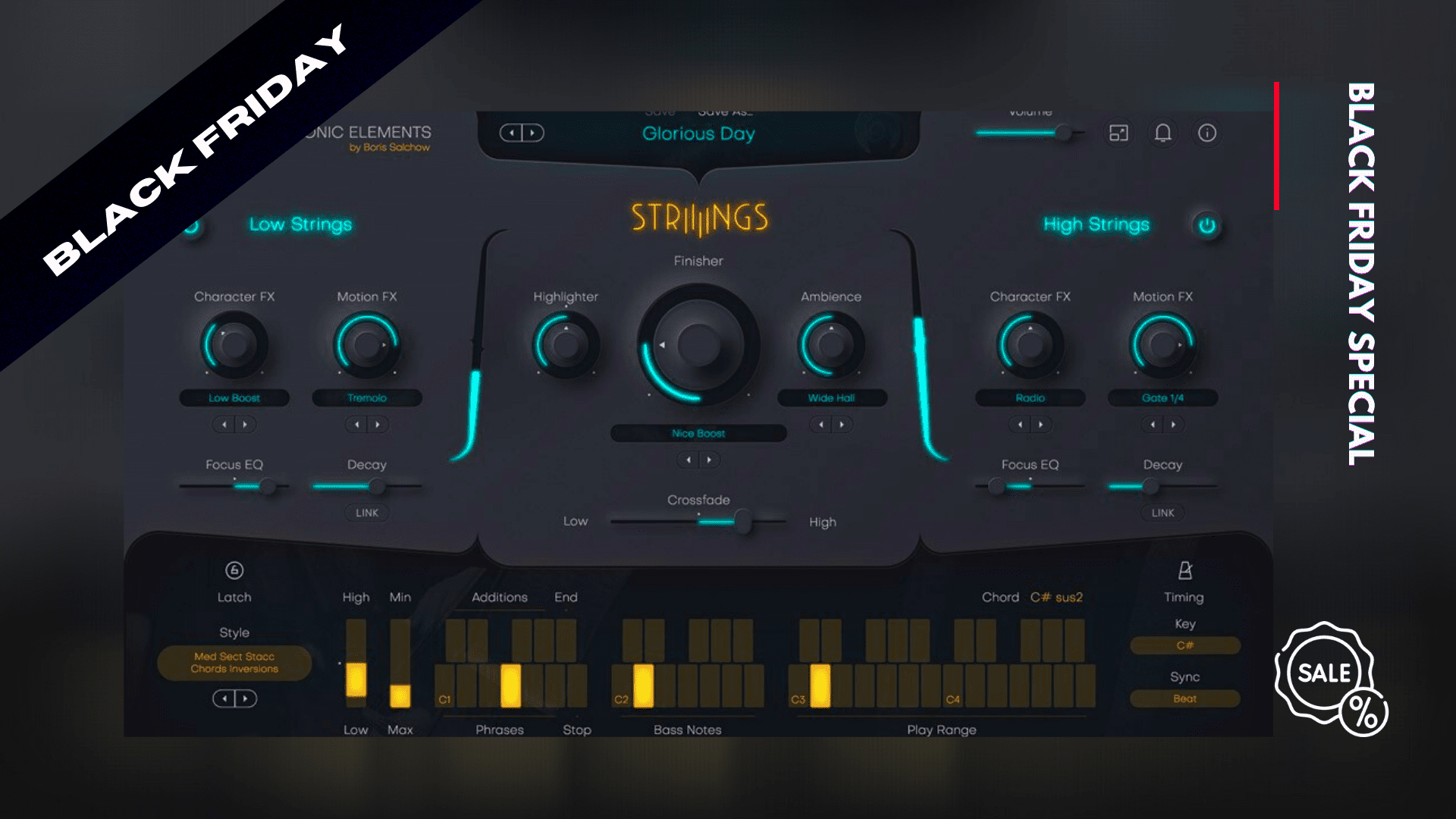 Strings have always been an integral part of the music-making process. Some producers prefer their string arrangements to be recorded live and which in our opinion is the best thing to do to get an authentic string arrangement. However, this isn’t possible for every music producer out there especially those grinding in their home studios. There are quite a few options available online that to some level are able to emulate the feeling of authentic live strings. Most of the high-quality VST Strings instruments & libraries come at a steep price however with Black Friday sales going on you can grab them at a much cheaper cost.  Down below is the list of best Black Friday deals on VST Strings Instruments. Also do check out our special page where we highlight the best deals on presets, bundles, sample packs, courses, etc for Black Friday 2021.

This one is featuring playable instruments with over 450+ presets, four central macro sliders, dual arpeggiators, and several orchestras were sampled to create it, including a 60-piece string one. ANALOG STRINGS’ creative sources include piano, tape noise sampled feedback, and a lot more.

Heavyocity has provided some of the best Kontakt Instruments including Scoring Guitars, Bass and many others. NOVO Modern Strings have a very lush texture perfect for creating emotional pieces. The instrument provides you immense control on the expression of the string instrument. NOVO is currently at 50% off.

Co-founder of UJAM – company behind this VST String Instrument – is one and only Hans Zimmer, one of the world’s greatest film composers. And his legendary string recordings are used in STRIIIINGS. If that were not enough – sixty playing styles, multimode 24dB synthesizer filter, and band-new creative performance and sound design engine, made by UJAM. The instrument hasn’t been released however is available for pre-order on an introductory price of $99.00.

Harps have an amazing plucky sound. Harps are mostly used for creating arps or topline/counter melodies. The Grand Harp VST has a very wide range of tones starting from C 1 and ends up at G 7, six articulations, presets & snapshots, and almost 1,000 samples. The Grand Harp sounds really realistic and inspiring, highly recommended!

Read next: Best offers on iZotope Plugins and Bundles