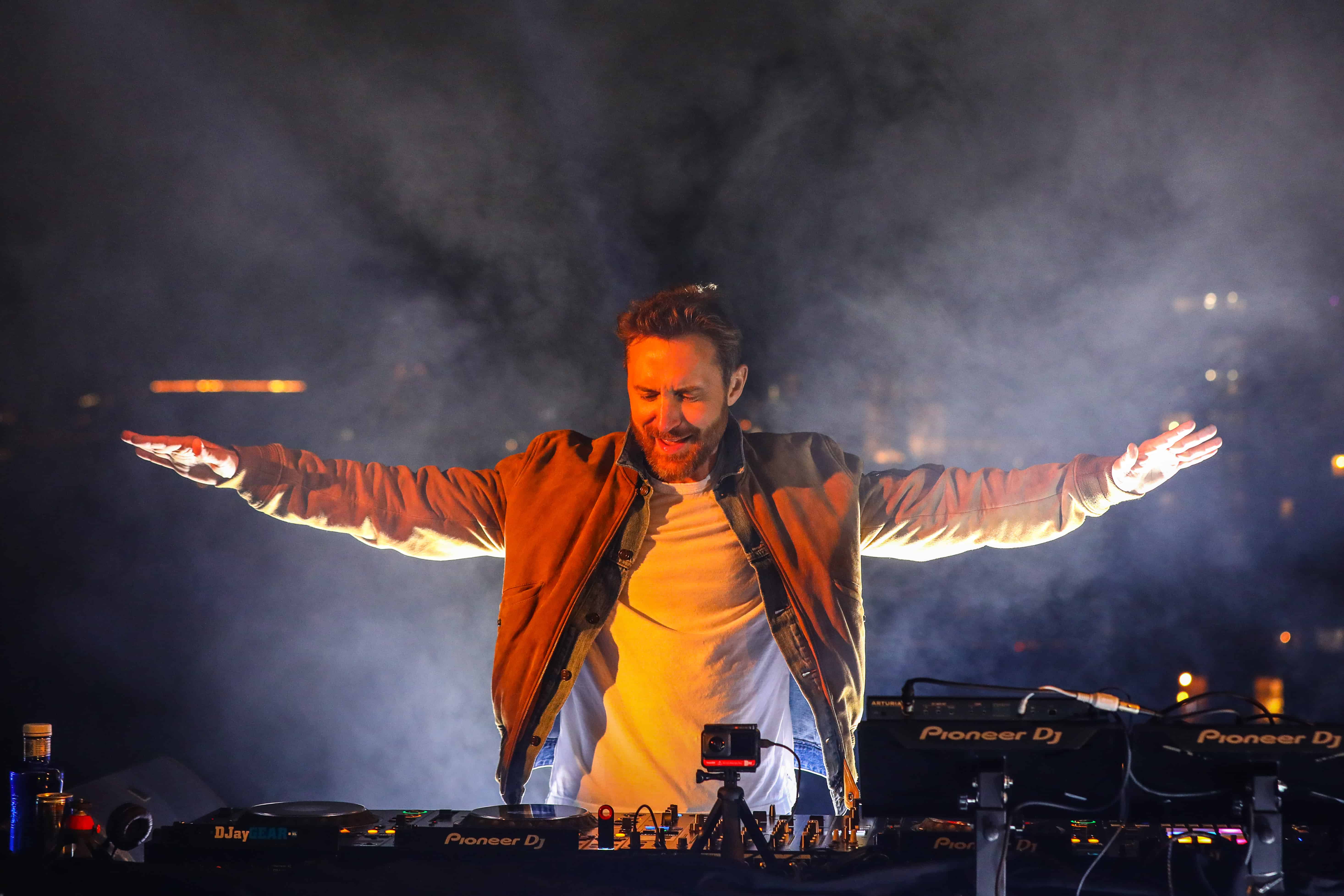 Just days after being crowned the world’s number one DJ, David Guetta continues to prove exactly why fans chose him as their winner this year. After dropping a phenomenal set at AMF to celebrate the win, the Frenchman truly proved his worth, not only as a performer but as a trailblazing artist who continues to shape the scene. During the set, he used brand new instruments, taking his performance to an even greater level of complexity. We caught up with David Guetta to discuss how it felt to perform one of his most technical sets yet in front of millions of fans worldwide, and look back at the formation of the Future Rave genre alongside MORTEN.

The set that you performed at AMF was truly incredible. Were you nervous beforehand due to utilising new technology in your set for the first time?

Yes I was super nervous! Like super super mega nervous. And you know, what’s funny is that even not talking about the new instruments, just talking about normal DJing. Normally I play every weekend, so it sounds crazy but even when I take a 2 week holiday, I’m nervous when I play again. I always feel like – oh maybe I don’t know how to do it. So now, it’s COVID, I’m not really playing so yes I was very nervous! Also I was imagining, this is the DJ night, I won, imagine if I do a terrible set and I completely f*ck up my mixes because I’m using new instruments! That would be so embarrassing, but thank god everything went well.

At AMF 2019 you said that you premiered Future Rave, were you apprehensive about premiering the new sound, did you think the audience was going to be accepting and what was going through your mind at the time?

It was very interesting actually because I remember when I started to work on this sound it felt so obvious to me, and that night it became a movement, and I love it. But it took at least one year to work, and I felt like it was going to work immediately because it really felt obvious, but I sent it to DJs and I was expecting everyone to tell me “oh my god this is amazing” – but even my friends, they were like “eh thank you for sending”, and I was like, is it me? Am I crazy? And this reminded me that it always takes time. And at AMF, yes I started to play this sound, I remember Tiësto was there playing after me, and when I came off stage he was like “that was really really impressive, congratulations for the set, this sounds really fresh.” So I was like ok! Someone noticed! But it’s true that it took probably 8 months to be really fully embraced by the community.

We’ve definitely supported it at We Rave You and we think it’s a great movement for dance music! So thank you once again for surprising us in the best possible way. You transcend genres and start inventing them!

Yeah I’m trying! Not always, because I’ve been doing this 20 years so sometimes I’m very creative and I can create new sounds and look forwards, and sometimes in your career you’re less inspired, so it’s about adapting and surviving when a trend is not really your thing. You’re doing ok and then with time you come back with a new idea, that’s how it works. I think it’s about having a cultural impact, and it’s interesting to see that ten years ago when I won the first time, I think I had a very strong cultural impact by making our music cross over to a more mainstream audience, because I was coming from house music, from a very underground scene. And I was opening it up, working with pop stars and urban stars, combining urban melodies with electronic sounds, and I was very very criticised for this, highly criticised for this. Nevertheless, in the last 10 years, that’s more or less what every successful DJ has done, and this year I did exactly the opposite. I felt like EDM became too formatted, that it became not adventurous enough, not free enough, and I was frustrated as a DJ, because I felt like music was only interesting in the underground, but because I play festivals, when I play underground records it doesn’t really work. So then I need to play EDM but when I play EDM I feel like I’m playing a record that was made 5 years ago. So I was like ok, I need to find a solution to that. A record that I want to play. And the idea was to go into what was happening in the underground; techno, melodic techno and tech house, but bring the sonics of rave music with the power. Because I really believe that EDM producers are some of the best producers on the planet. But creatively, I felt that the creativity was more in the underground at that time, so basically it was like how can I take the essence of underground and make it sound huge like EDM can be, and also bring back the emotion of even trance, because it almost became like trance was a bad word. So I was like I’m going to bring some of those trance elements, but maybe done in a cool way. It’s that combination of all those influences that we had with MORTEN, and now people are really into it! So it’s becoming a movement and I’m so happy about it!

Make sure to relive the monumental set below.