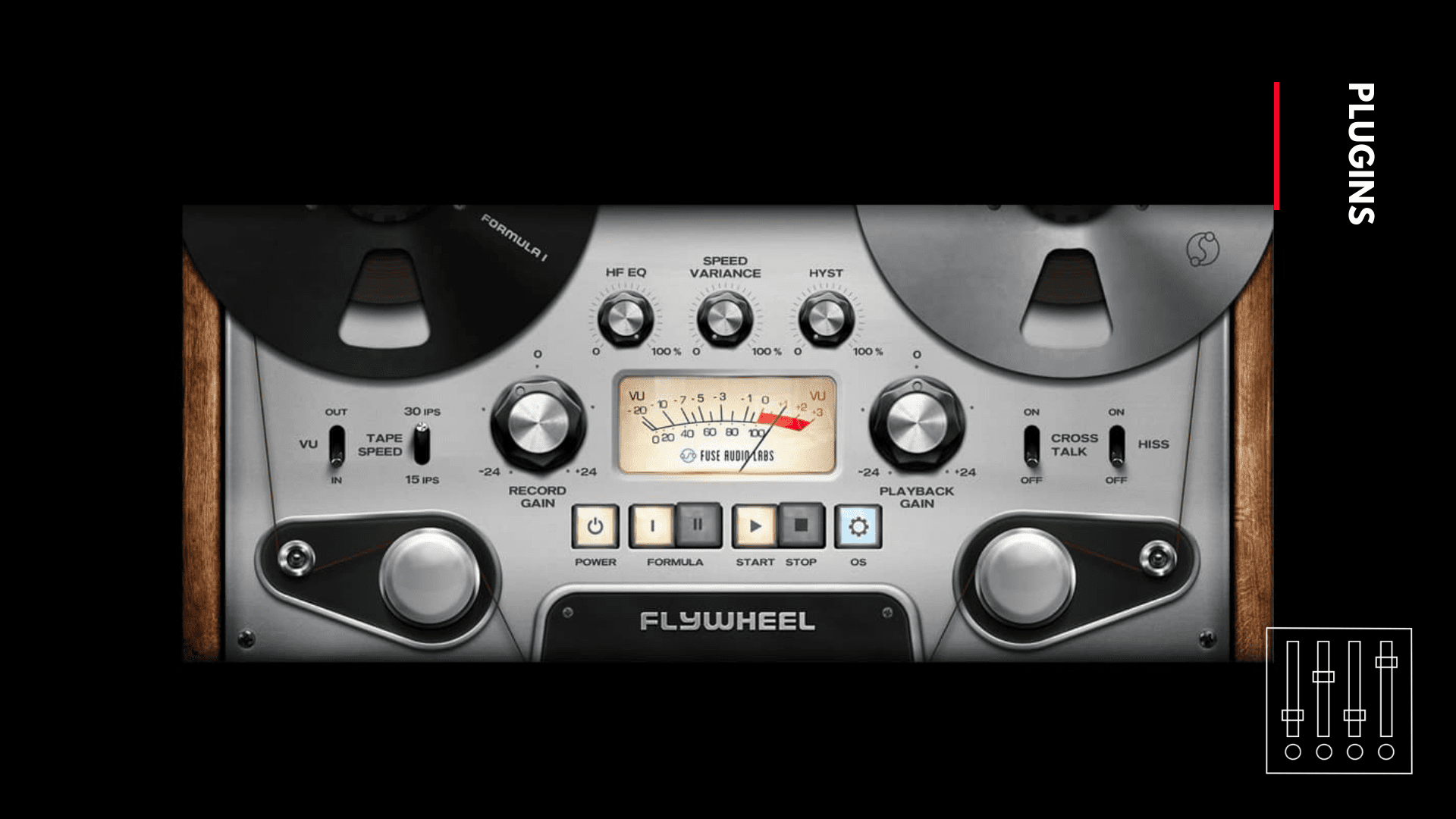 Reimund Dratwa worked for many years for Brainworx as the developer of analog modeling titles for brands such as Millennia, Elysia, ACME Audio, Vertigo, Black Box Analog Design, Plugin Alliance, and the UAD-2 platform. In 2017 he broke his contract with Brainworx and started his own company called Fuse Audio Labs. Fuse Audio was intended as an engineering company developing DAW plugins for others. Eventually, when it grew over time they started to develop their own plugins and pursue their vision. They released a new tool called Fuse Audio Flywheel plugin and we are here to give an in-depth review of this plugin.

Flywheel is a reel-to-reel tape machine plugin which, instead of focusing on a specific part of a machine, focuses on the imperfections a tape machine offers. Combining all of the analog flaws, cracks, and discolorations such as saturation, high-frequency loss, and added warmth through distortion. This tape plugin will add vibrant warmth and presence to your recordings, mixes, and complete mastering chains. The hysteresis feature allows you to bring the high-frequency loss into your recording. Normally this is something a tape machine would by default but with Flywheel, you can choose the amount of loss yourself. If you find the incoming signal a little bit too harsh or too hi-fi, you can roll off the low end by using this feature. The speed variance feature adds all of the imperfections of a tape machine at which higher percentages introduce more speed changes. The playback will not be at 100% speed while the variance can shift, so the signal will change its speed randomly each time. The speed changes also introduce pitch changes. Speeding up the tape machine will cause a higher pitch and slowing down the tape machine will cause a lower pitch. You can adjust these changes from subtle to extreme. The record gain knob lets you choose how much the signal will be distorted while the gain is balanced so it won’t get louder when dialing in. The playback gain has the opposite effect where you can dial in the volume which can be lost during the process of modifying the sound.

This plugin is really great when you want your recordings to sound more natural & imperfect. Let your clap cut through the mix or adjust the high end of your rides to let it work better with the rest of the instruments.