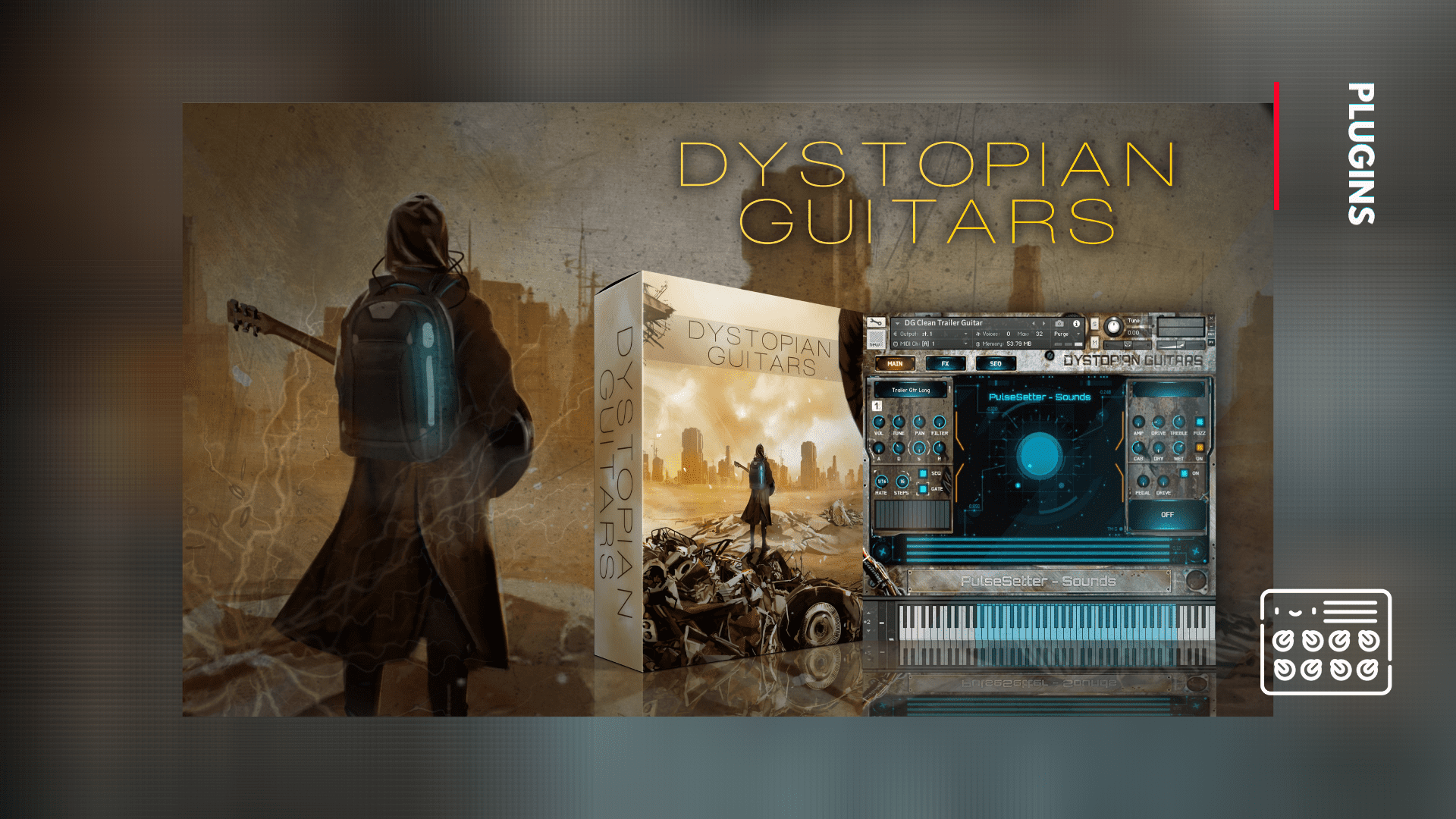 Pulsesetter Sounds is a group of composers and sound designers living in Los Angeles making synth sound sets, sample/loop libraries, and producing music for media. They have over 20 years of experience in Hollywood productions. Their newly released Dystopian Guitar library is designed to cover all modern hybrid guitar grounds for film scoring. The 21.32GB library is a Native Instrument’s Kontakt-hosted virtual instrument. Here’s our in-depth review of Pulsesetter Sounds’ Dystopian Guitars.

“Pulsesetters Dystopian, like all their libraries, is made by composers for composers. And it shows. The sounds are top-notch but most importantly they each carry emotion and really help tell a story, even by themselves. That’s a rare thing in sample libraries. But they also partner incredibly well with orchestra and other layers, making easy and tasteful work of building or sustaining tension and pace. Among the plethora of libraries out there in the sample world, Dystopian is fresh and original, and far beyond anything I’ve encountered in this genre. Much more than just a toolbox.”

No doubt that the upcoming music for the biggest movies and games in the world contain instruments from this groundbreaking library. The user interface of the plugin in our opinion could be improved. However, this doesn’t take away from the richness of sounds in the library. The Pulsesetter Sounds Dystopian Guitars is on sale at a price of €143.84 (from €169.38). If cinematic guitars are something you are looking for, this is the perfect library however if you are looking for pop/RnB guitars this might not be worth the buck. Check out the library in action down below.

Read next: The Best Early Black Friday Deals on Plugins for Music Production