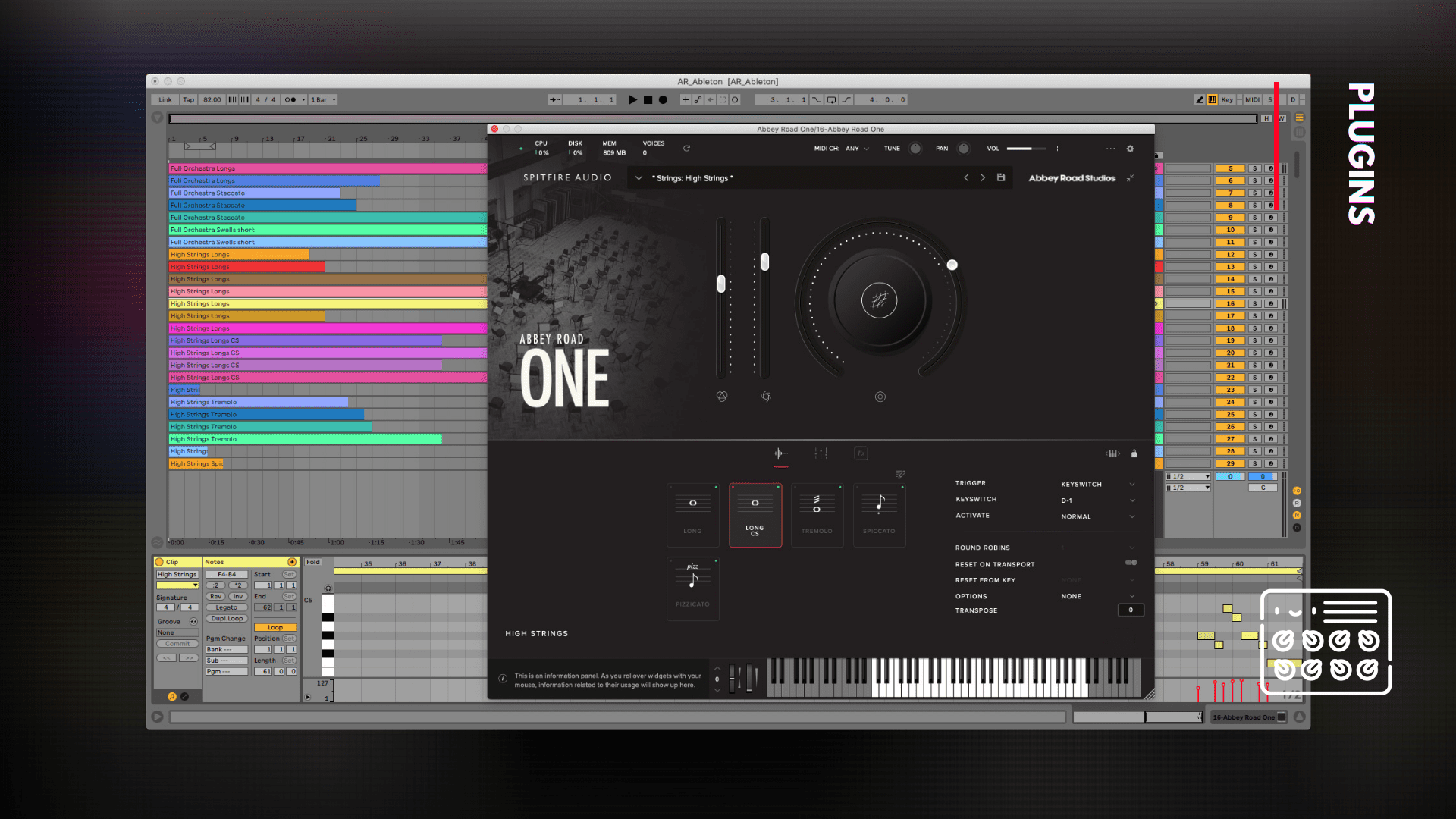 London based plugin manufacturer Spitfire Audio recently released its new library known as the Abbey Road One: Orchestral Foundations. The library is a joint production of Spitfire with one of the best studios in the world, Abbey Road Studios. Abbey Road One was captured with the help of a full, symphony-sized (90-plus-piece) orchestra along with four times Grammy-winning engineer Simon Rhodes using Abbey Road Studios’ vast collection of microphones and recording equipment. Down below is our review of Spitfire’s new orchestral instrument/library Abbey Road One.

Recorded in Abbey Road Studios which has been home to the artists like The Beatles, Pink Floyd, U2, and Oasis to Florence + The Machine, Kanye West, Adele, Frank Ocean, and many more, the library truly captures the essence of the lush environment. The 90 plus piece orchestra used for the recording included strings (16, 14, 12, 10, 8); brass (four horns, four trumpets, three trombones, two bass trombones, one contrabass trombone, one tuba, and one contrabass tuba); and woodwinds (one piccolo, two flutes, two oboes, one cor anglais, two clarinets, one bass clarinet, two bassoons, and one contrabass bassoon); plus percussion (performed by three players on a vast selection of instruments). Fabricated to perfectly fit in a film composer’s toolkit, the library emulates the authentic experience of recording with an actual orchestra. Abbey Road One provides 3 arrangement combinations by default which are the Ensemble, Foundations, and Solo. You also get the option to make an arrangement preset of your own using 5 sets of instruments(Woodwinds, Orchestra, Strings, Brass & Percussion).

If you are into orchestral music or film scoring, there might not be many better options available on the market than this one so we would definitely recommend this for that purpose. However, if you produce other styles of music and don’t use orchestral sounds much in your tracks this might not be the best investment for you.

Read Next: Spitifre Audio’s Intimate Strings is one of the best affordable strings VST in the market