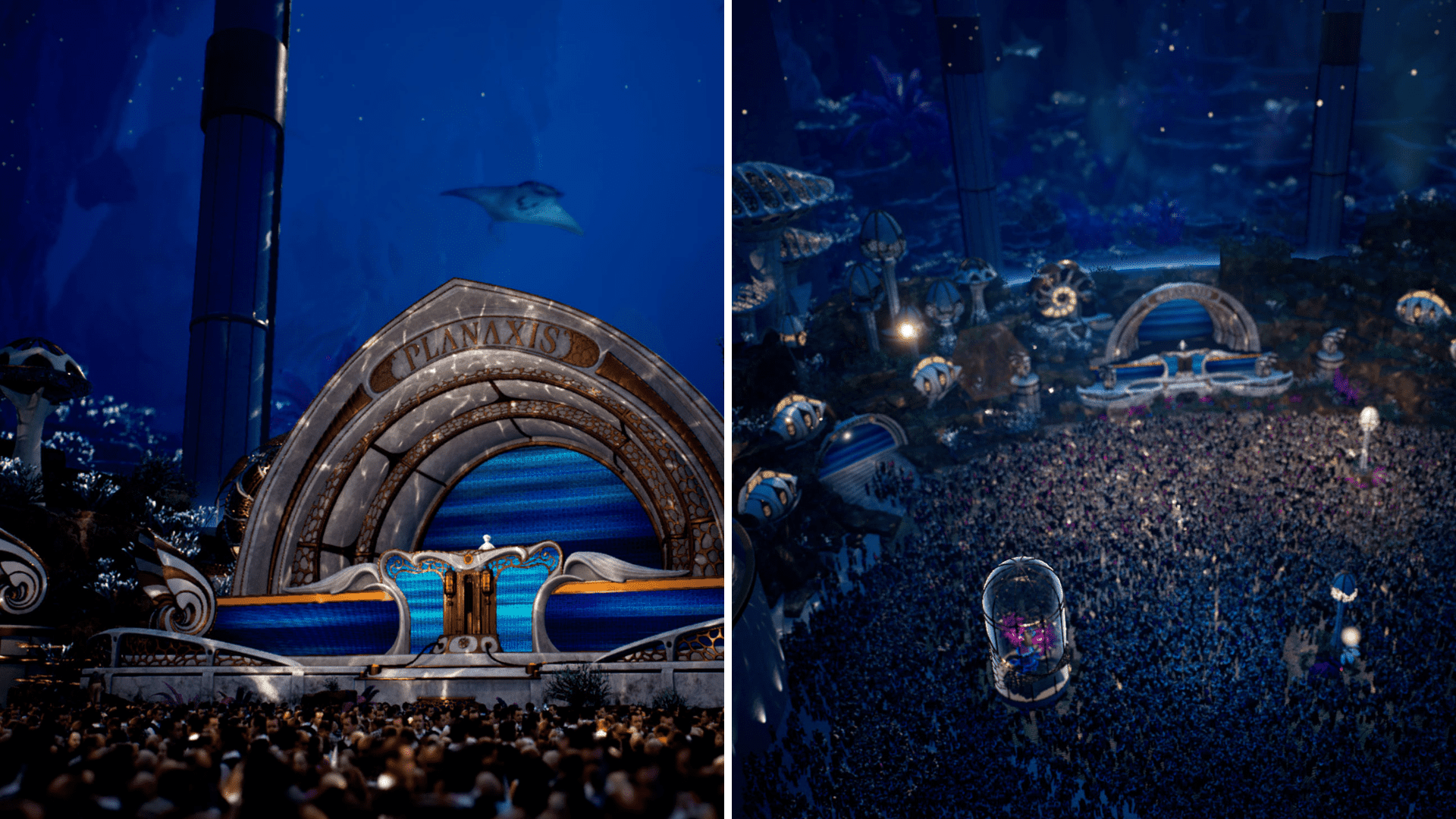 Announced recently, Tomorrowland are due to embark on another virtual festival following the success of their summer one which happened in July. Taking place for one day only on December 31 from 20:00-03:00 (in each timezone), it has a spectacular lineup featuring the likes of Armin van Buuren, Major Lazer and and Martin Garrix among other amazing names. Now, they’ve shared some teasers for their 3D-rendered stages and they look truly fantastic.

Up first is the mainstage which is always a delight to look forward to each year. This time, they’re bringing back the Melodia theme which you’ll recognise from 2015. Far from the castle design of the 2015 edition though, this boasts a 360 stage where the virtual crowd surrounds the magical tree design.

The Atmosphere tent is a newer, yet extremely beloved part of the Tomorrowland stage design family. Hosting the deeper, darker side of electronic music, the design itself takes inspiration from the in person Atmosphere stage and has beefed it up. Looking like it should be part of the solar system, it is truly out of this world.

Luckily enough for fans of the 2018 mainstage and overall theme, Planaxis is back! Looking like a second mainstage itself, it has all the iconic elements including the giant seahorse and looks to have an aquarium-like backdrop, giving us the illusion that we’ve dived deep underwater.

Home of hardstyle, the PULSE stage looks like some futuristic spacecraft. Its sleek, metallic design is sure to be a hit with the fans and the artists taking to the virtual stage.

There we have it! The stages for Tomorrowland New Year’s Eve have been unveiled, and just when we thought we couldn’t be more impressed with the festival after what they pulled off this summer, they decide to blow our minds again. This definitely is not to be missed so grab your tickets here.