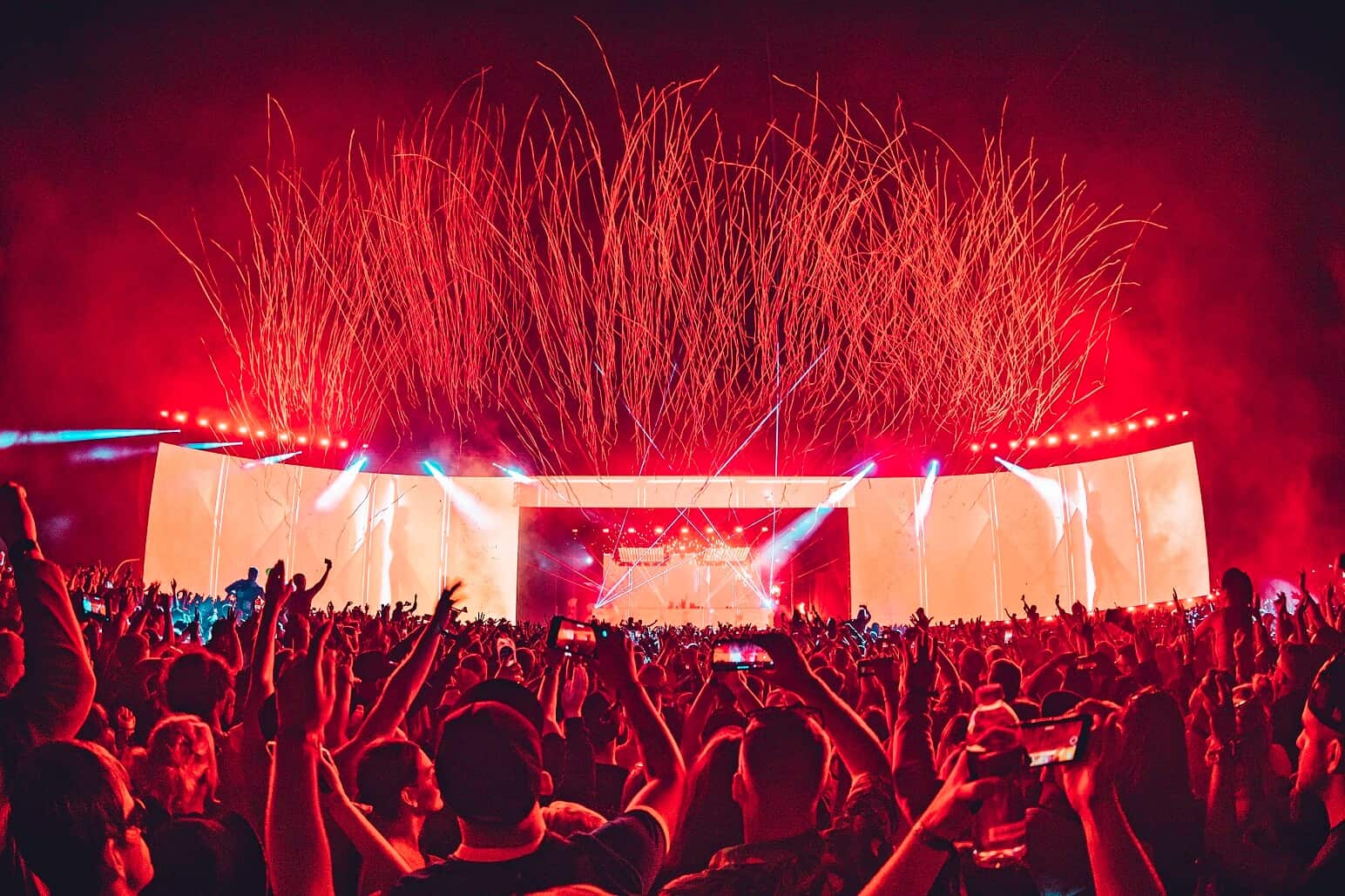 UK is a hotspot for drum and bass, says Beatport report

In the UK, drum and bass is where the genre truly thrives at its best. The genre grew out of the UK’s jungle scene and other subgenres back in the 1990s, and now it has spread to other parts of the world, especially America where the country’s electronic scene has recently been getting super into drum and bass. Beatport has reported that the UK is a ‘hotspot’ for the genre in their 2020 report with Viberate.

Firstly, the number one drum and bass artist according to this report was Break. Back in 2003 was when his career first came to fruition, and has close ties to labels such as Exit Records, Metalheadz and Shogun Audio to name a few. Creating remixes for commercial artists such as Bloc Party, Miss Dynamite and Sigma & Rita Ora, everyone wants a piece of him so it isn’t surprising that he was named the top artist to represent the genre in 2020. His top track of the year? ‘Hard Noize (Break Remix)’. Break also topped the Beatport annual chart in the genre for downloads of 2014 and 2016. Another fun fact: 42 of the fastest-rising 50 artists share the same genre as Break. You can see his stats below. 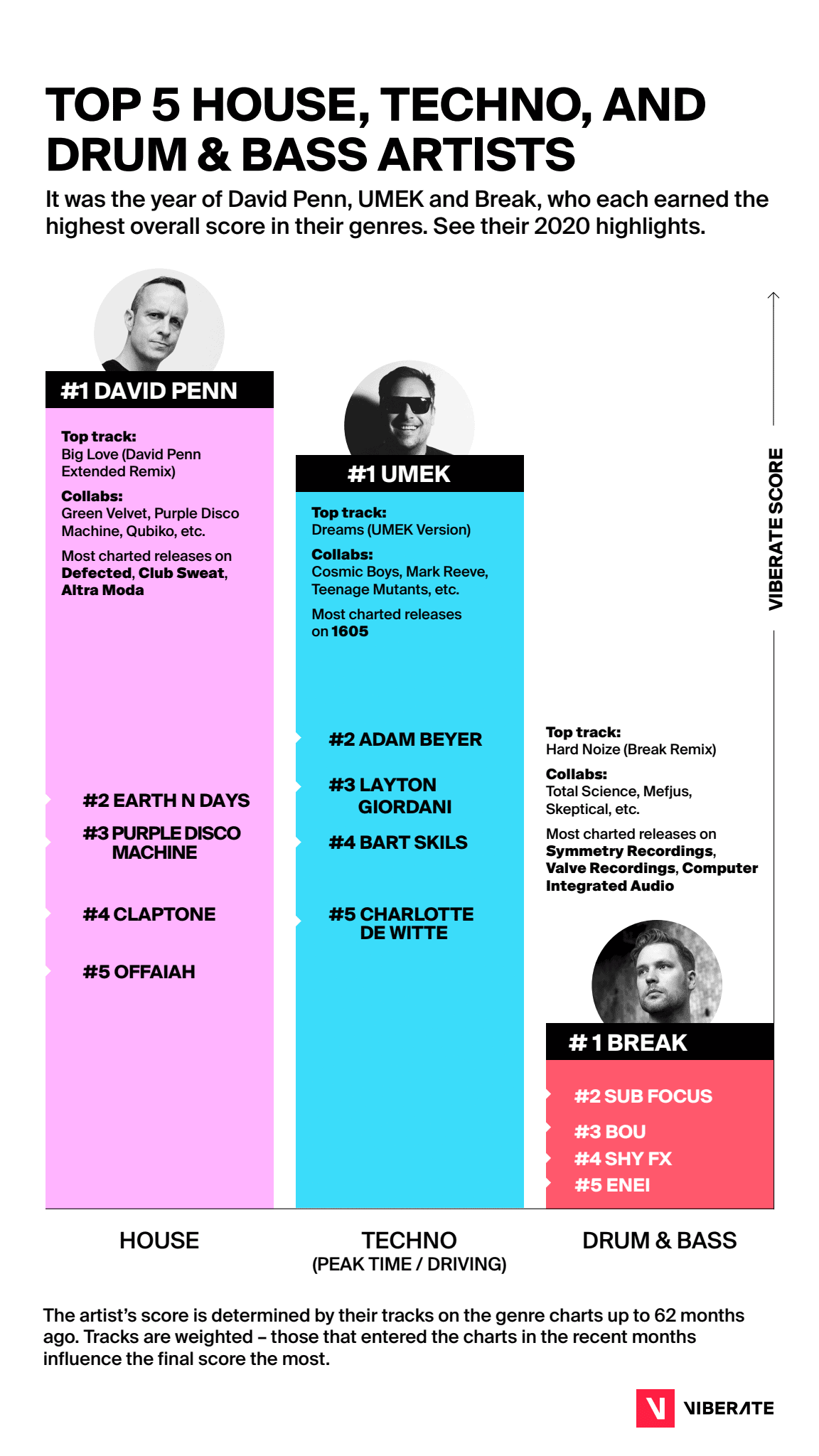 The genre was ranked as the fifth most popular on the chart this year, after tech-house, house, melodic house & techno and techno (peak time/driving). The genre ranking system is based on the number of times that tracks in each genre have entered the overall Beatport top 100 chart. Below you can see the top 15 genres of the year. 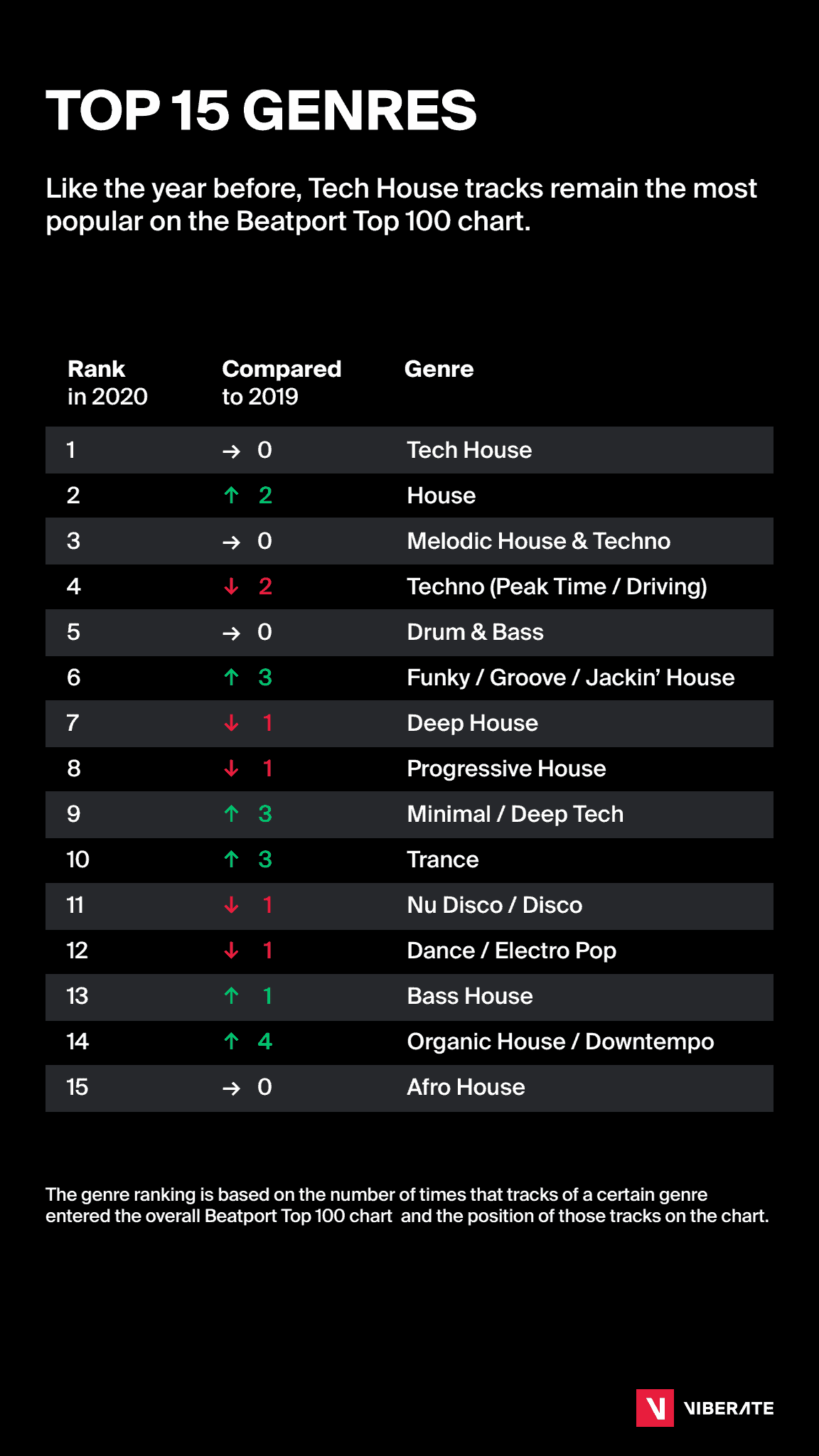 Hospital Records, one of the most prolific labels of the genre, charted at number 15 in the top 30 labels of the year and was the only label in the genre to do so. 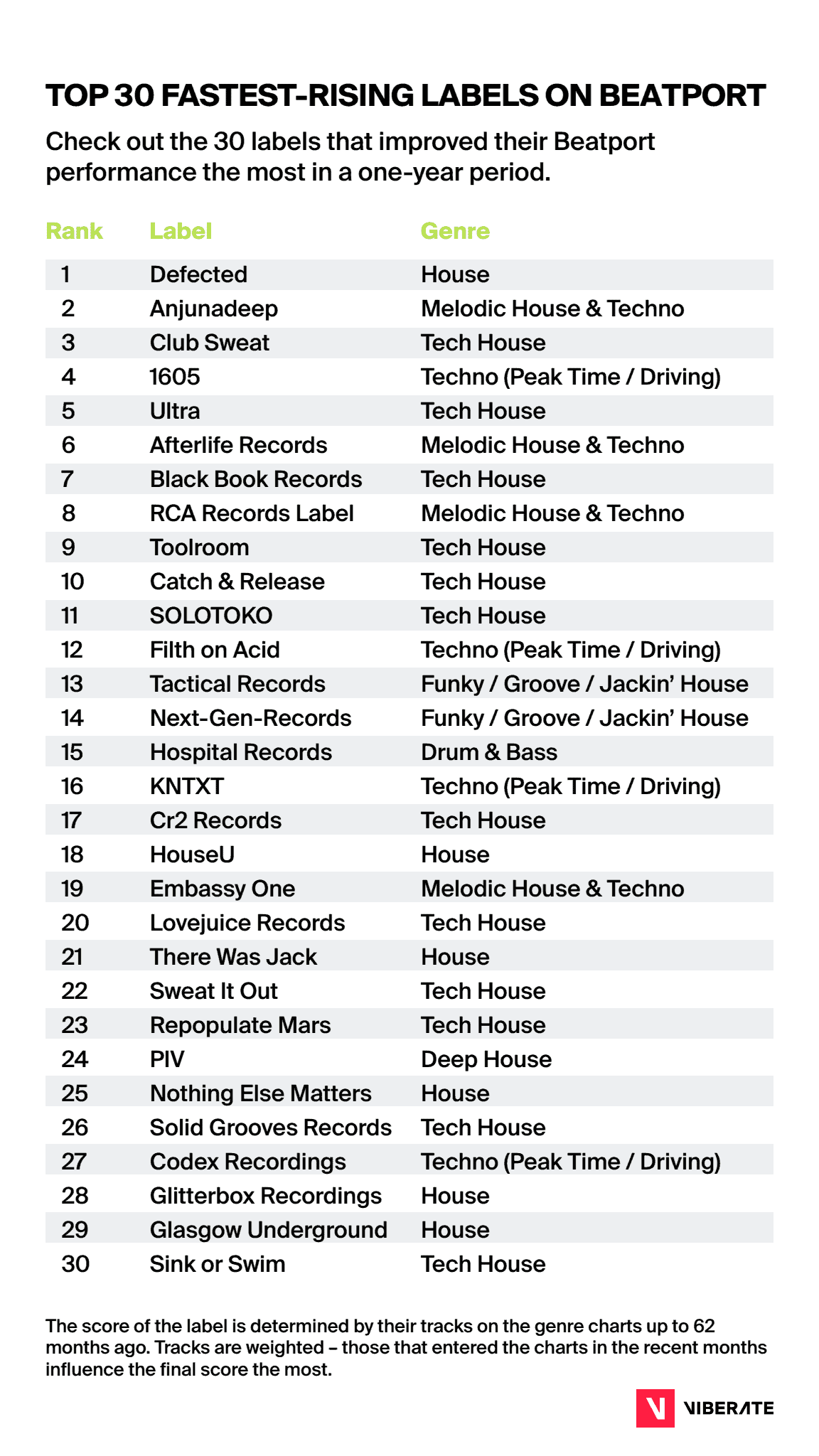 Finally, on the map we can see where in the UK drum and bass was the most popular, with the genre being represented as red on the map. 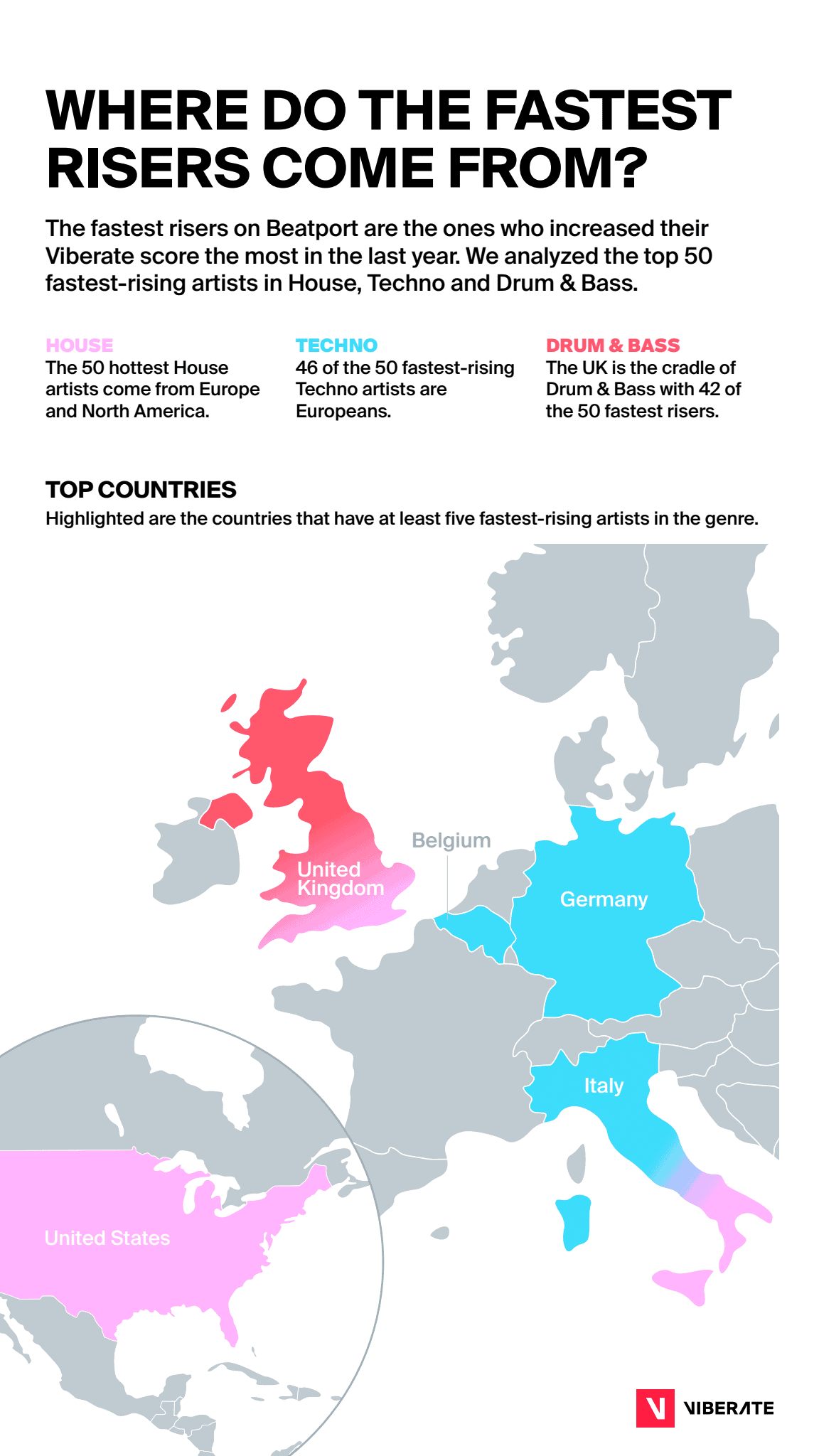 All of this is very interesting data, and with the genre having such a good year it’s certainly inevitable that it will explode in 2021, and will likely catch on and break out into other countries. To look at all the data from this year, you can download the full Viberate report right here.