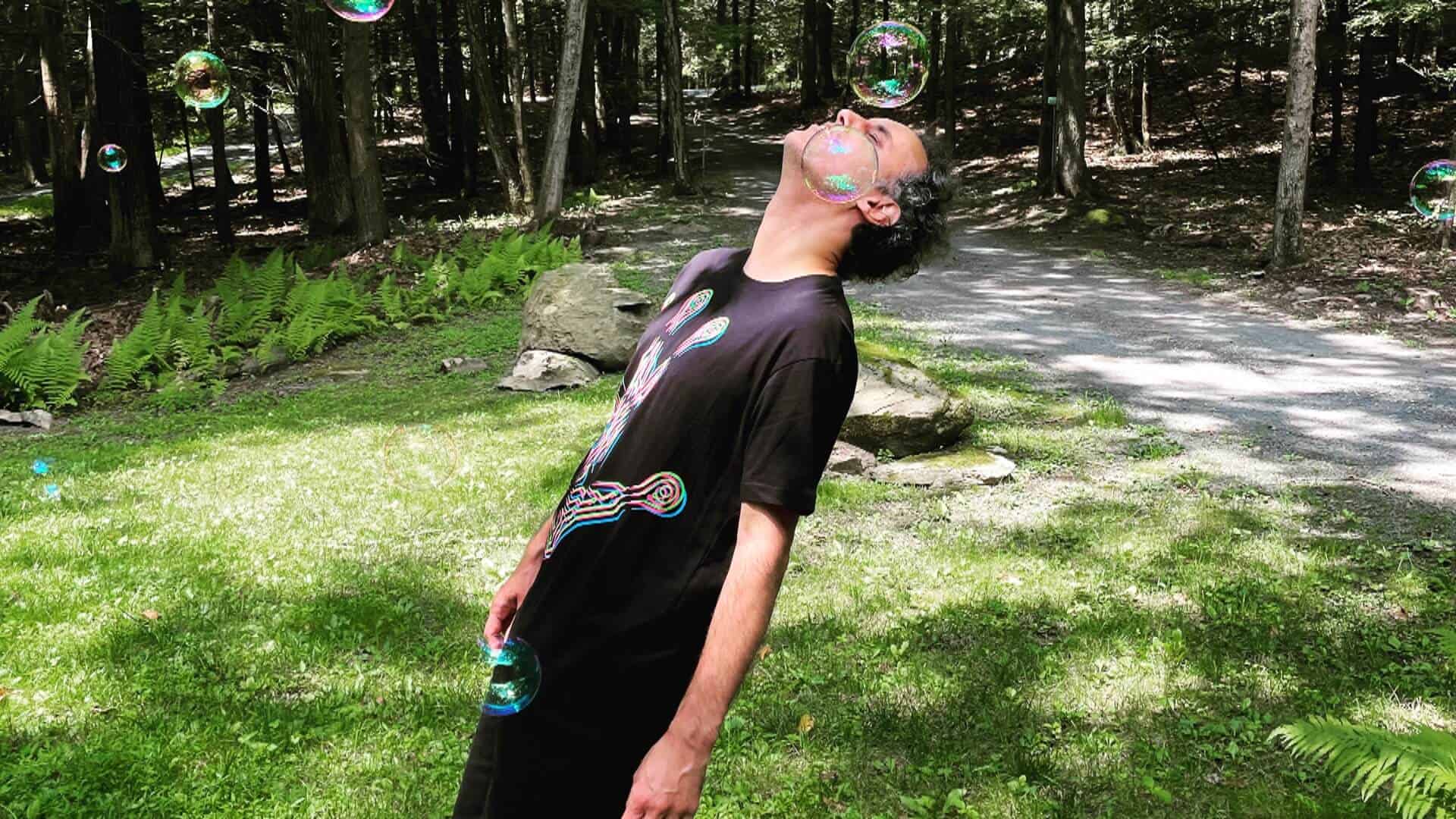 Sadly this year, DJs and producers couldn’t mesmerize us with their performances or set any stage on fire this year due to the ongoing pandemic. However, it gave them extra studio time to be as productive as they can ever be. One of the most prolific artists has proved to be the United Kingdom’s very own magician: Four Tet, who gave the best Christmas gift, more precisely gifts, to his fans as he released two brand new albums: ‘Parallel‘ under his main alias and ‘871‘ as 00110100 01010100, out via his imprint Text Records.

The two releases were announced on his Twitter prior to their release, which was exactly the kind of news we needed after the year we’ve had. The two striking LPs came with two distinctive artworks by Jason Evans, perfectly fitting the two albums.

My new albums Parallel and 871 will be released tonight at midnight. Artwork by Jason Evans. pic.twitter.com/llIM4axeta

Four Tet truly lets his listeners into his mind and psyche with ‘Parallel’, making us feel what he feels and perceive the world through his eyes. The LP starts right off with an extended 27-minute-long piece, almost like an LP inside an LP, stimulating our ears with celestial sounds, mimicking the softness of rain drops. It is followed by 9 other unmistakable Four Tet songs: soothing ambient mixed with house music, invigorating but also smooth electronic percussions, beautifully composed synth melodies, creating an out-of-this-world experience while listening to the whole piece. The last two songs puts us in a meditative state with nature sounds accompanied by subtle piano music.

He released his other album, ‘871’ as 00110100 01010100, meaning ‘4T’ in binary code. It is the first under this moniker since his 2013 album, ‘0181‘ and it features material produced between August 1995 and January 1997. Although the meaning behind the title remains a mystery, it does imply that the 20-track LP is going to be unconventional. ‘871’ is a thrilling mixture of experimental and psychedelic tunes and sentimental sounds, showing his ability to create an abstract and yet coherent art work. Four Tet put together guitar melodies, tinkling high-pitched instruments, lo-fi electronica, emotional piano tunes and futuristic synth waves to leave the listener in an ethereal space.

Kieran dropped his latest studio album ‘Sixteen Oceans’ earlier this year, teamed up with Burial and Thom Yorke for a collaborative EP ‘Her Revolution/His Rope’, moreover, he dropped the news of his joint album with Madlib, from which they revealed the first single, ‘Road Of The Lonely Ones‘ in December. He also streamed a string of extraordinary sets from his home to fill the void of his live shows. 2020 was truly a year of abundance for Four Tet, to our greatest pleasure, and hopefully an earnest of more to come in 2021.

Leave this year behind and listen to these two masterpieces below!