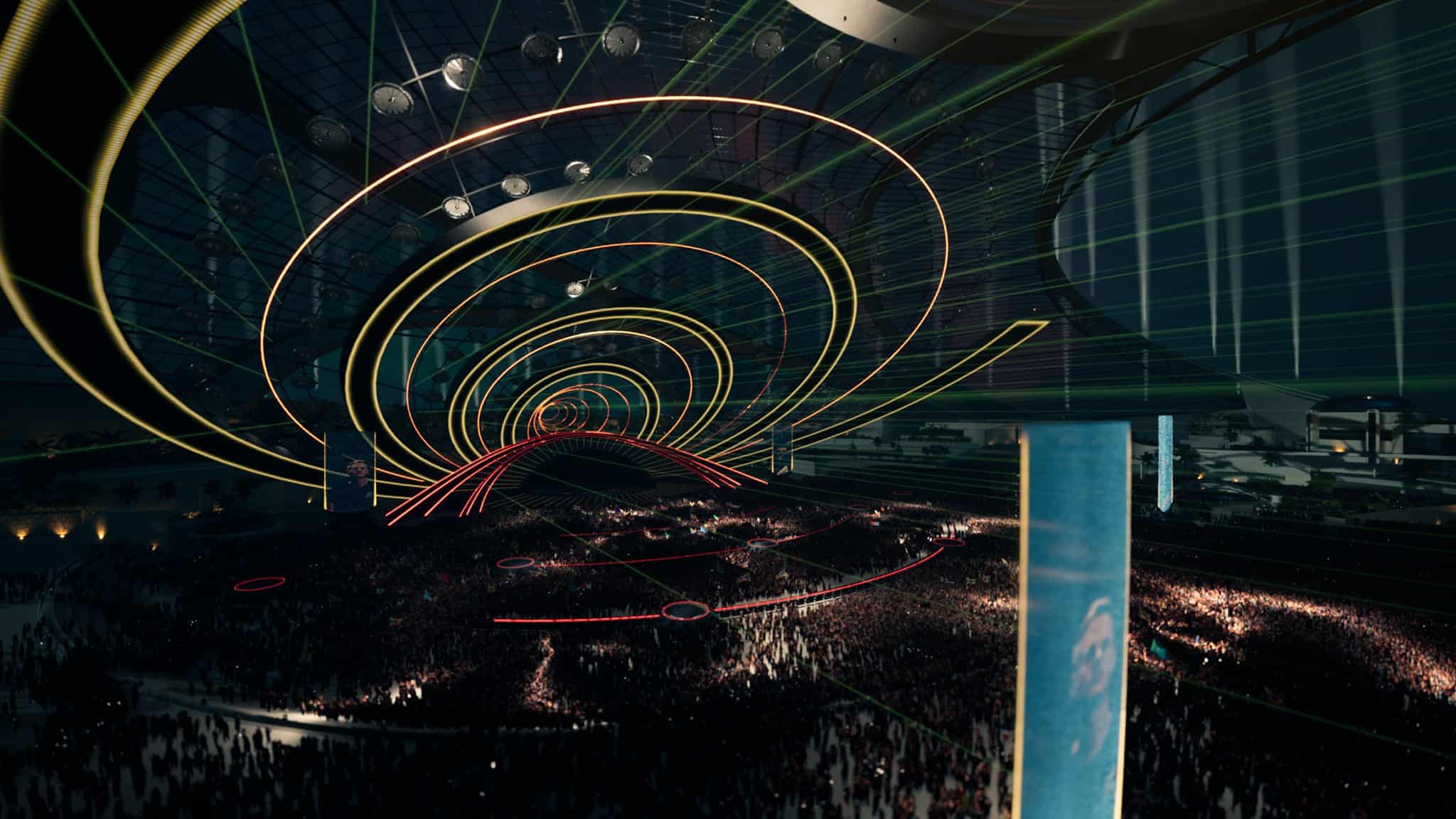 We’ve told you what to expect from the sets, we’ve reviewed the stage previews, looked at all the details and more. Now, all that’s left to do is to wait for Tomorrowland 31.12.2020 to absolutely dazzle us with their virtual New Year’s Eve celebrations. Now that we have all the information about who’s playing on which stage and at what time, we’re looking at the event’s impressive technology in figures. it’s no easy feat to take a huge-scale festival such as Tomorrowland and put it into a digital world, the likes of which have never quite been done before on this scale, but they did it with ease. But how? Let’s dive in further. 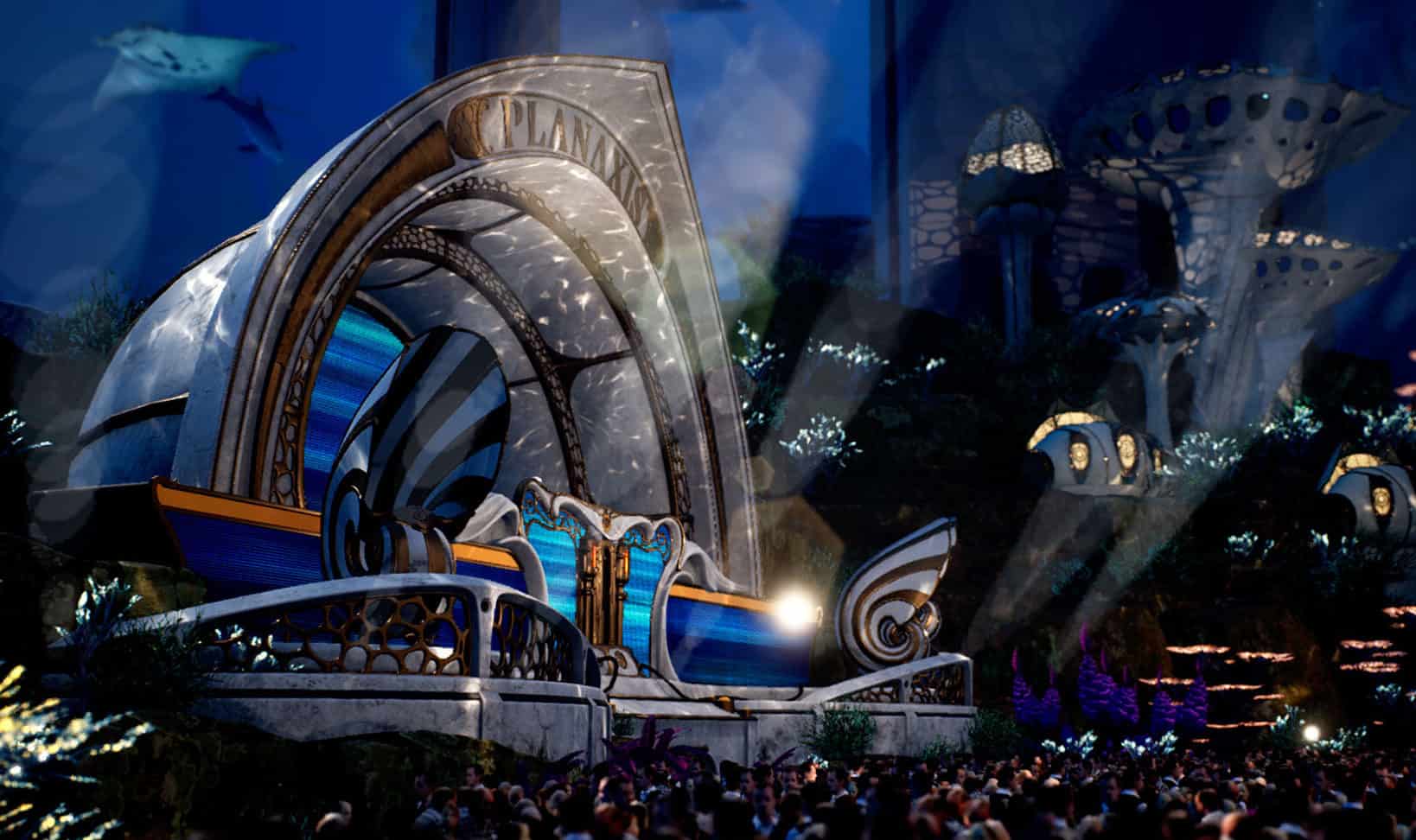 Firstly, we’re looking at the music figures. A total 21.5 hours of music will be played over one night, with 450 tracks in total played between 28 artists, and 65 of the tracks will be – excitingly enough – unreleased IDs to tease fans with. A lot of those unreleased tracks will come from Martin Garrix, who has previously stated that he will be playing out a lot of IDs, and we’re also hoping to see some fresh music from some of the biggest artists, especially during the sets that are taking us into midnight and ultimately the new year. 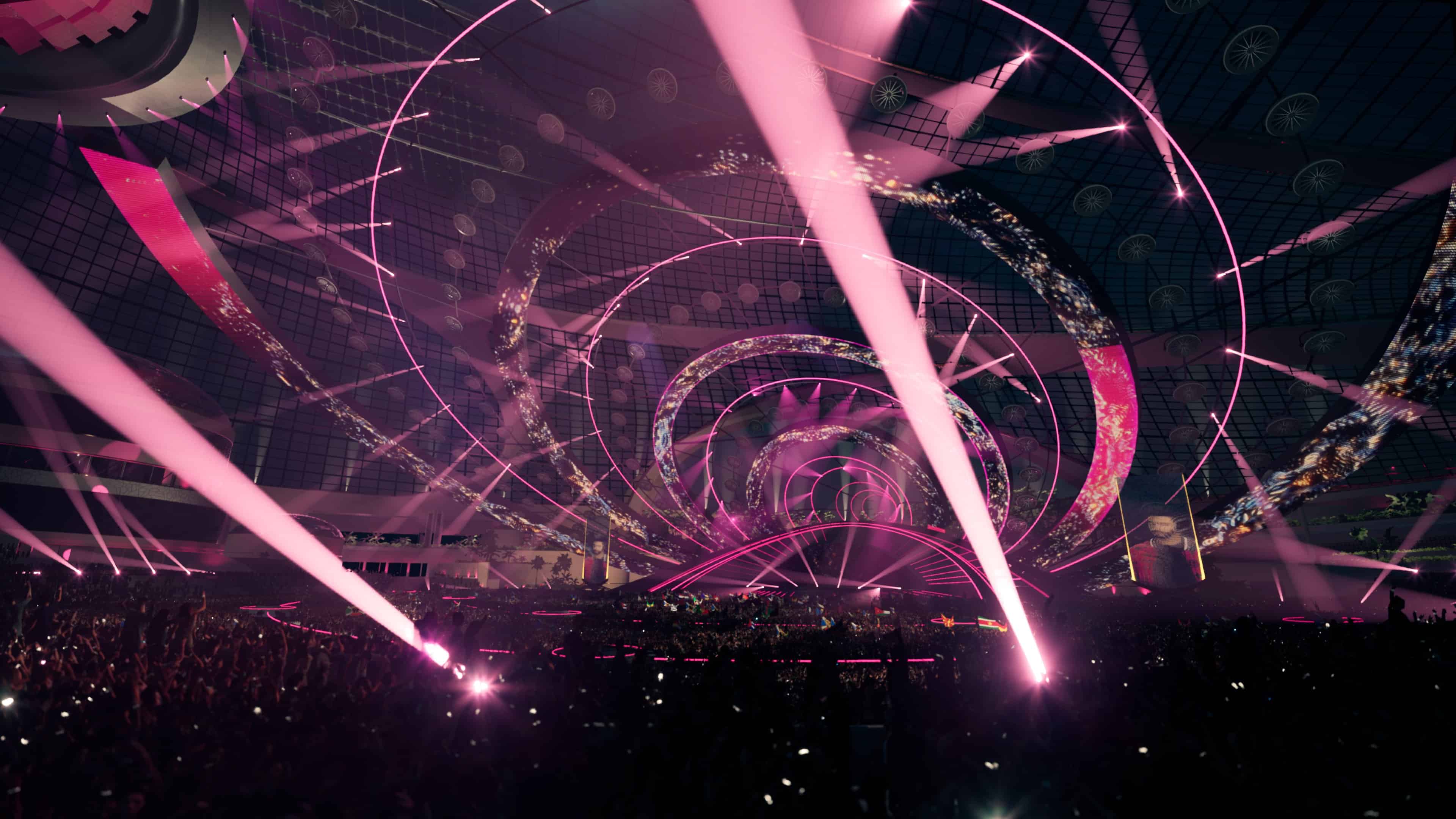 The work and green screens

It wouldn’t be anywhere without the dedicated workers putting in hours upon hours of hard work to create this world for us to enjoy. More than 200 employees to be exact, working a combined 32,000 hours. Just like for the Tomorrowland Around The World event, Tomorrowland 31.12.2020 had two big green screens built, one in Belgium and one in Los Angeles. The DJs recorded their sets in the screens, which curved round to ensure we can view multiple angles of the artists performing.  The studios had to be modified to create an environment that allowed enough room for the festival’s creative team to operate in, to give you an idea of how huge they really are. All all cycloramas (infinity-walls) were 6 meters or higher, at least 8 meters wide and at least 8 meters in depth. A full-sized DJ booth allowed the artists to immerse themselves fully. 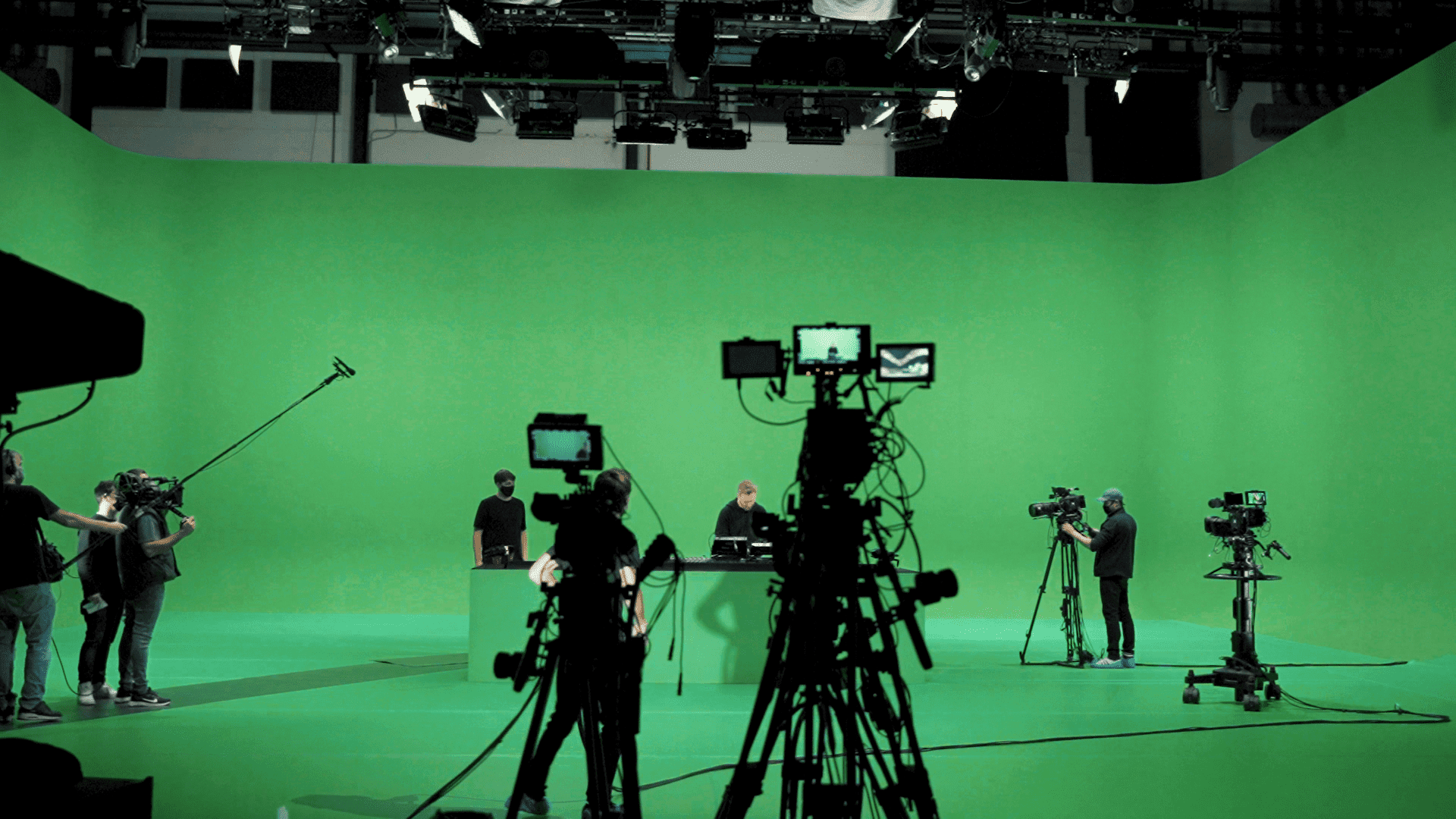 The cameras obviously play a huge part of the virtual experience. 17 4K ultra-HD cameras and 152 virtual cameras, to be exact, were used during the creation process of Tomorrowland 31.12.2020, resulting in 160 hours of footage. A fun little fact is that lighting on the artist in the studios changed depending on the location of the stage and time of day of broadcast. 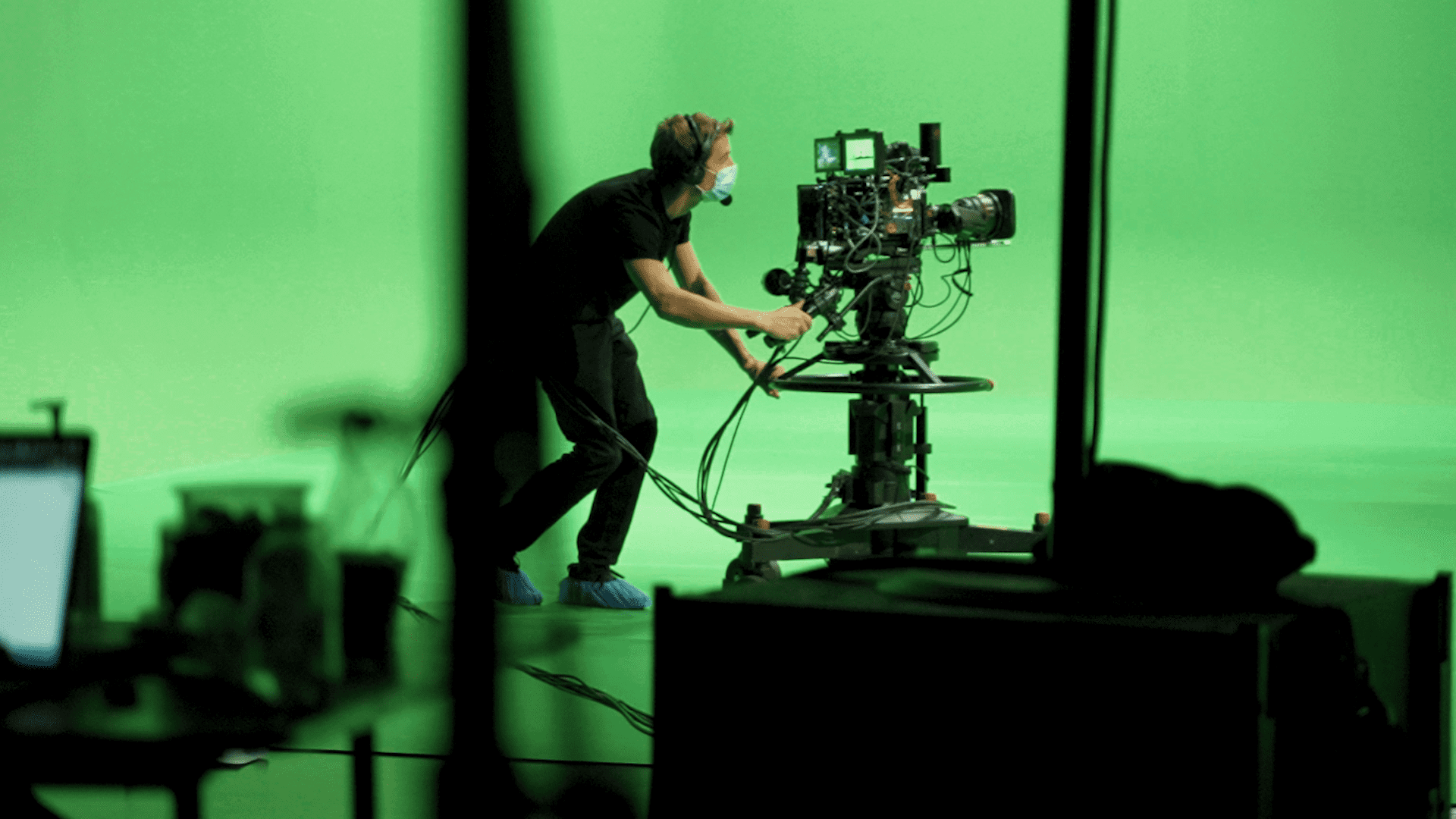 Time for some virtual facts now. It’s no secret that Tomorrowland love to bring out the fireworks shows every night at their summer festivals, and just because they’ve gone virtual does not mean they’ve left fireworks behind. 1,200 fireworks can be seen, with 184 virtual lasers and 2,700 virtual lights with 40,000 light cues. Programmed in the same that the team does in real life, this gives us a slice of real Tomorrowland action, and lets us forget for a second that not happening somewhere on earth. 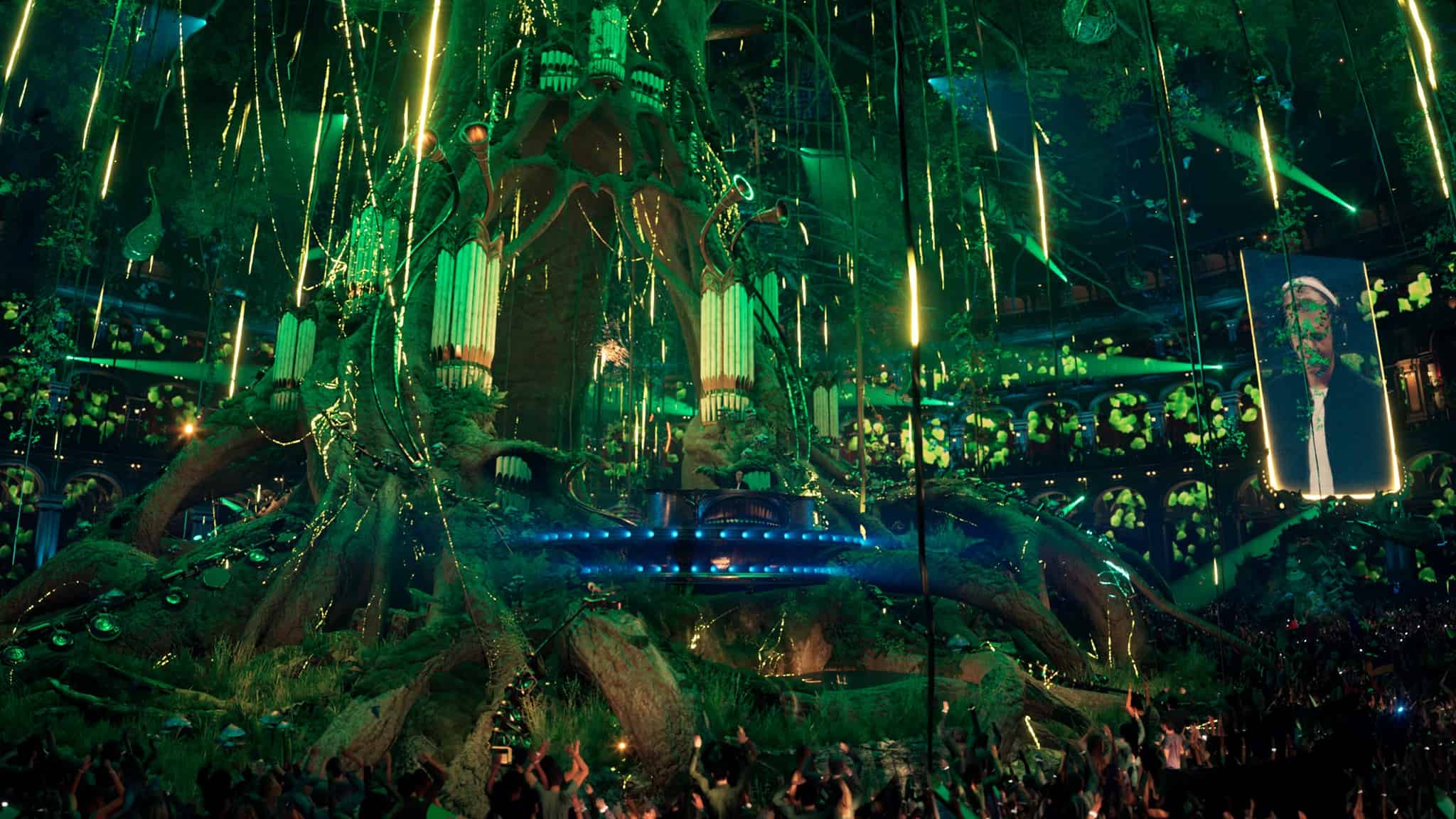 It would look pretty strange if there wasn’t a crowd, even if it is virtual. Not to fear, as Tomorrowland came up with a clever way to make it even more realistic than ever. Combined with nearly a million virtual visitors (over 950,000), 250 real people were brought in, in a covid-safe way, to bring the crowd to life even more. All 950,000+ virtual guests have their own attributes and 65,000 flags were made to represent over 193 countries. 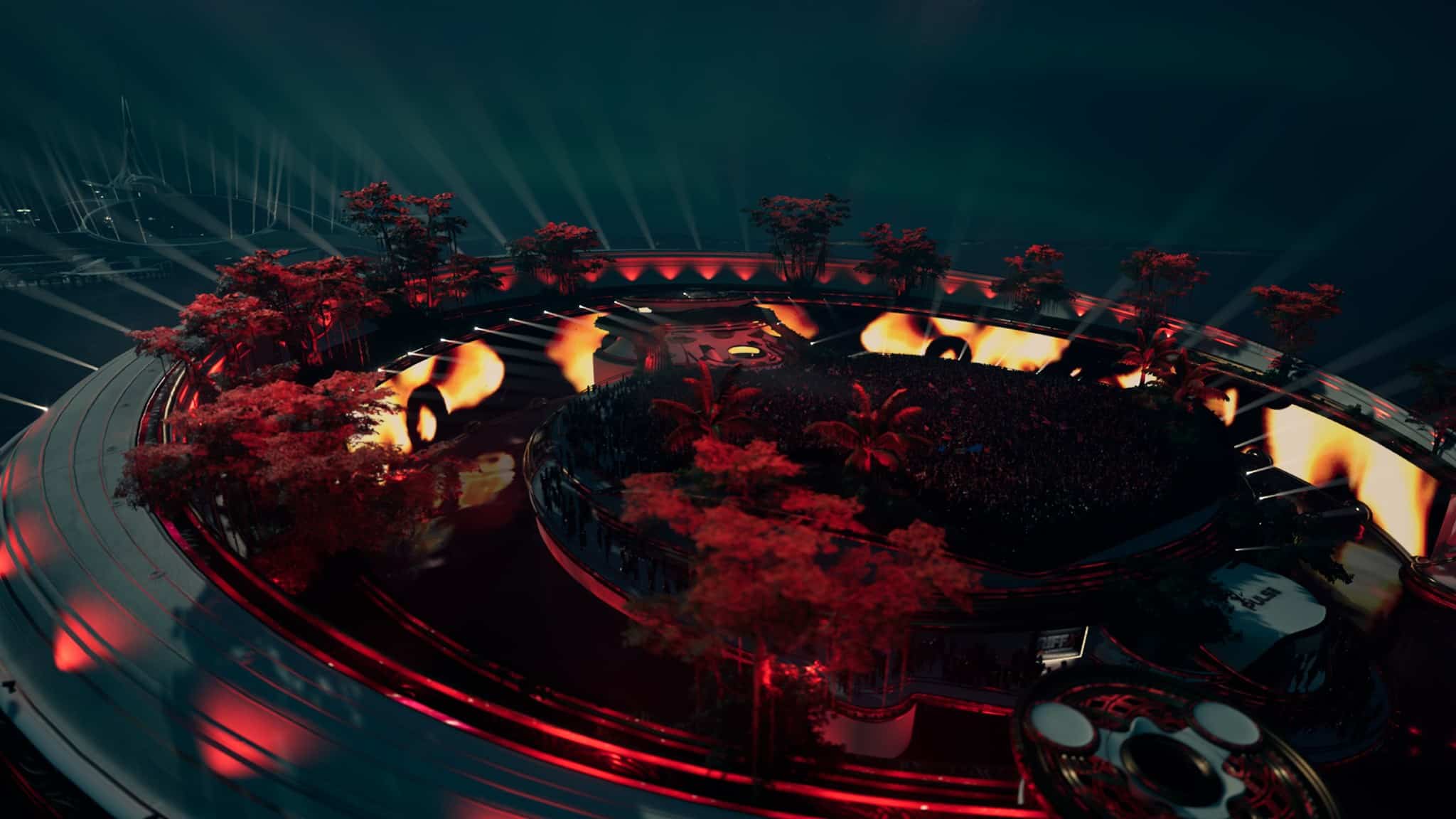 120 computers and 30 rendering engines made all of these details possible. Custom software builds were necessary to be able to process camera tracking data, and custom APIs were written to bridge software packages that never interacted before. Over 1,000 rendering hours resulted in the final product, that we will be able to witness in just a matter of days.

Grab your tickets here (if you have not yet), and watch the trailer for Tomorrowland 31.12.2020 below.