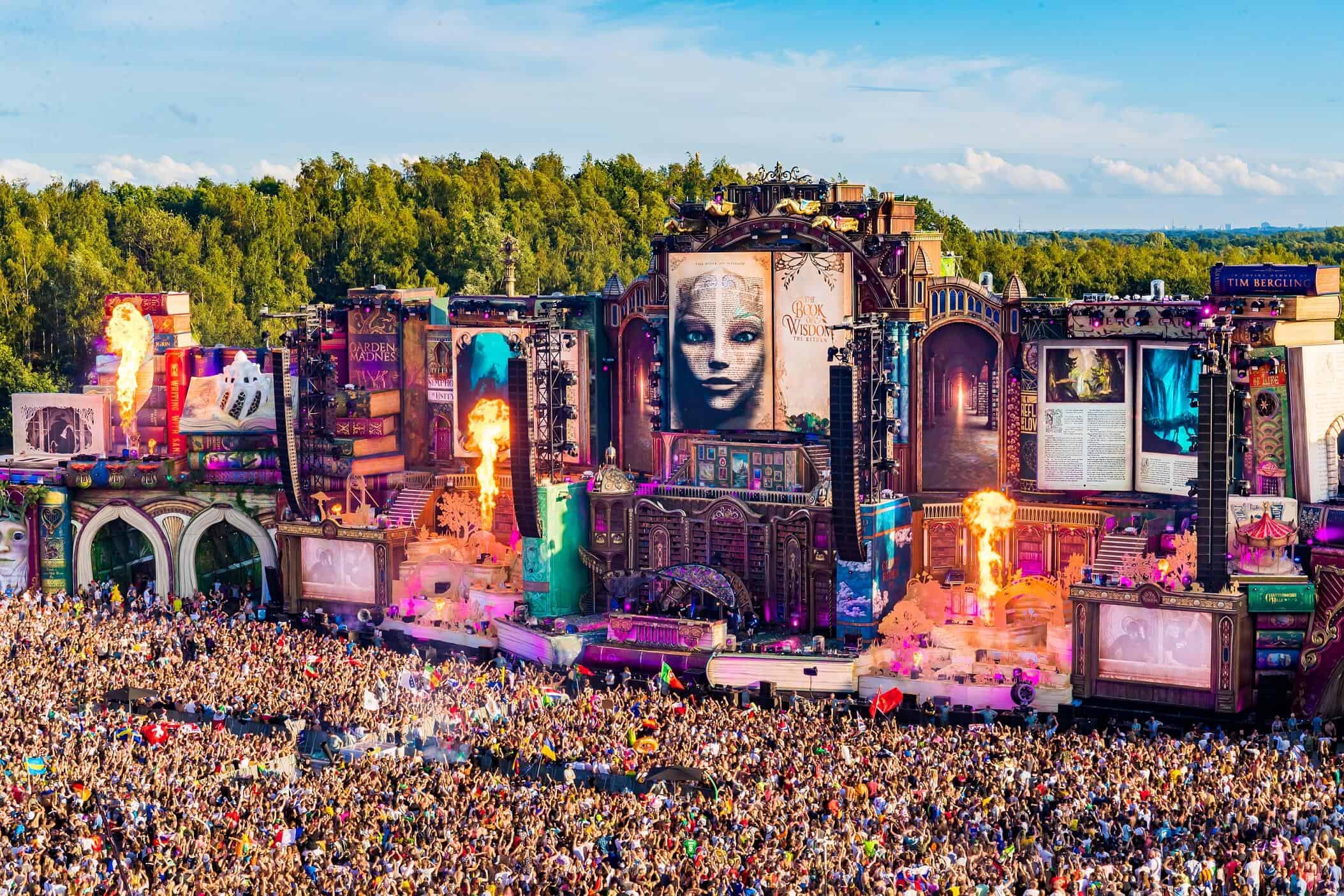 Tomorrowland: Interesting facts ahead of the New Year’s Eve edition

After the massive success of Tomorrowland Around the World, the Belgian festival is set to delight us all with another online flagship event on new year’s eve. With a massive lineup that features some top-notch artists like Diplo, Armin van Buuren, Dimitri Vegas & Like Mike, David Guetta, Martin Garrix, etc, the organizers have made sure that there is someone on the timetable for lovers of each and every genre. We’ll still have to wait for a little south of two weeks to experience what this exotic NYE event from Tomorrowland has to offer. So, in the meantime, let’s have a look at some interesting facts about the festival.

Tomorrowland started out as a one-day festival in 2005 where the organizers even gave out free passes to the Belgians to fill up the spaces. Overall, it was attended by more than 10,000 people. It featured the likes of Armin van Buuren, David Guetta, Erol Alkan, Mike Dierickx, Justice, Sven Väth, and Sasha. As of now, the July edition of Tomorrowland takes place over 2 weeks with more than one hundred artists performing each year.

2. The Chamber of Secrets

The fact that the land on which Tomorrowland takes place is rented by the organizers from various local farmers is well known. But what many of you might not know is that Tomorrowland has a secret 100-foot-long bunker that houses all cables running from the stage to the technical booth so that the technical staff doesn’t have to worry about the over-enthusiastic audience. There’s something in it for the geeks as well, because the festival had a library situated in the flea market.

3. David Guetta: If consistency had a name

After being crowned as 2020’s no.1 DJ of the world earlier this year, David Guetta is set to make his presence felt not only as his main alias but also as Jack Back. But only a few of us know that he has been doing this every single year since the inauguration of Tomorrowland. The artist has featured on the lineup for 15 years straight (2005-2019), and add another appearance to this number if you include the digital Tomorrowland Around the World.

4. Spicing it up – Tomorrowland Winter

In 2019, the industry witnessed the inaugural edition of another bellwether event from the festival called Tomorrowland Winter that was held over 7 days in Alpe d’Huez in the French Alps. Although the subsequent winter editions scheduled for March 2020 and 2021 stand canceled due to COVID-19, Tomorrowland winter is likely to make a return once the live events industry fully recovers from the pandemic.

5. Virtualization – Tomorrowland Around the world and the NYE edition

Tomorrowland came up with the idea of a virtual festival called Around the World following the cancelation of their main event due to COVID-19. The two-day event was held virtually with 8 different stages graced by the presence of more than 60 artists. To conclude what possibly has been the worst year of this century, Tomorrowland is set for a remarkable showdown on new year’s eve with yet another online festival.

Go check out the official after movie from Around the world below, and watch the teaser trailer for the NYE event here.