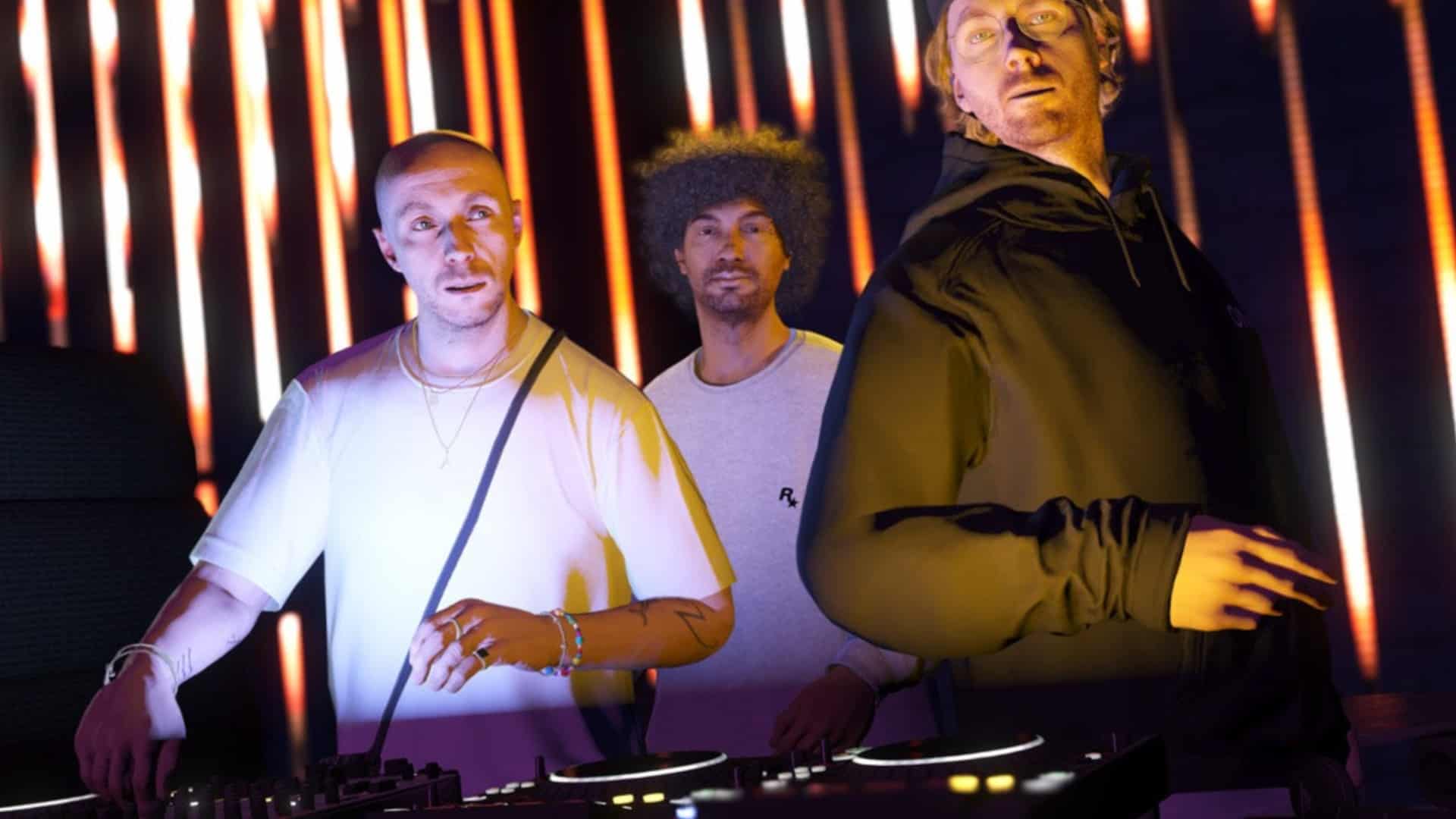 Santa came early for Grand Theft Auto fans, as Rockstar Games launched the largest music update of GTA V Online in mid-December, opening an underground club in Los Santos, The Music Locker and including new radio stations, among others.

As soon as the virtual doors opened, gamers encountered something they never did before: a detailed, authentic and unique clubbing experience, offering world-class acts from Detroit legend Kenny Dixon Jr, better known as Moodymann, Berlin’s finest DJ collective, Keinemusik (Adam Port, &ME and Rampa), and UK house artist Palms Trax. The developers worked out the DJs’ own avatars and designed the exact same equipments they use, even having them speak on the mic. Moodymann brought with him a stack of vinyl and a group of dancers, dropping unreleased gems, groovy house classics and heavy bass-oriented tracks, showing us how equisite a Detroit night out might have sounded like in the late 80’s and 90’s. The Berlin DJ trio delivered a special set at the beach, setting the mood for a summer DJ set with a mesmerizing, laidback, “close your eyes and enjoy the sunshine” kind of party, putting on melodic and emotional deep and tech house records. UK’s very own Palms Trax mixed house, disco, exotic sounds and the latest music from the UK underground, bringing deep and peaceful vibes to The Music Locker.

Besides the extraordinary DJ sets, the update added three new radio stations and revised playlists. Being a short side mission as well, Joy Orbison‘s pirate radio station, Still Slipping Los Santos will bring house, techno, drill and drum and bass sounds. Lead singer of The Strokes and The Voidz, Julian Casablancas‘ new station, K.U.L.T. 99.1 FM will feature for example Joy Division, New Order, Iggy Pop and a brand new The Voidz song. The Music Locker FM will have selections from the new DJs who were added to The Cayo Perico Heist. Flying Lotus‘ FlyLo FM will premiere new material from himself, Madlib and MF Doom – Rest in peace legend – while Gilles Peterson‘s Worldwide FM has material from Kamasi Washington, BadBadNotGood, Khruangbin and many more. Also featured in the Heist are surprising guest cameos from Dr. Dre, Jimmy Iovine, and Scott Storch. Overall, 250 new tracks have been added across three new in-game radio stations.

Ivan Pavlovich, the director of music and audio at Rockstar Games, spinned records in Chicago as a techno and house DJ alongside the legendary Green Velvet before he joined Rockstar in 2004. He stated the following about the special relationship between the artists and the game:

“Everybody involved is a big music fan and we go to artists that we love and respect, and we treat them that way. In return, they’re giving us a piece of their soul. Therefore, people playing GTA will hear new music: some artists are debuting music, or playing things that they’d never been able to licence before because of samples. And that makes the whole experience completely unique to our world. And, really, that’s the legacy: evolution, and a respect for music.”

See it for yourself and watch Moodymann and Palms Trax behind the decks of The Music Locker and Keinemusik on the beach!