Cast your mind back to 2016, and the Avicii-dominated world was a very different place. Drake, Mike Posner, DNCE, and Rihanna were all ruling the charts, Donald Trump was gearing up for what then seemed like an unlikely election success, the people of Great Britain were preparing to vote on the EU referendum (aka ‘Brexit‘), and the European Championships in France saw ‘the viking clap’ emerge as a viral trend, just a few months before Brazil hosted the Olympic Games in Rio. But for Tim, his main-stage performance at Ultra Music Festival in Miami, was to prove a breaking point, and shortly after the festival ended, he penned an open letter to fans. Posted across his social media pages, the Swede’s message informed his followers that he’d be retiring from live shows, and after a period of ill health, he was seeking new adventures, looking to travel the world alongside his dog named Liam.

Although Avicii completed his touring schedule throughout 2016, with a scintillating set at EDC UK, and a weekend of final performances in August – first at Creamfields (Saturday) and then in Ibiza (Sunday) – his note proved to be true, as the Swede never set foot on stage again between penning the letter, and his passing in April 2018. Many fans will feel a huge sense of tragedy in the coroner’s ruling of death as suicide when reading this emotional message back, as Tim openly states: “There’s so much that I want to do with my life. I have strong interests in different areas but there’s so little time to explore them.” Despite the note, Avicii – at the time – added that he’d continue to make music, noting: “I will continue to speak to my fans through it,” with his AVICI (01) EP released in Summer 2017, featuring iconic singles such as ‘Without You’ and Rita Ora collaboration ‘Lonely Together’. 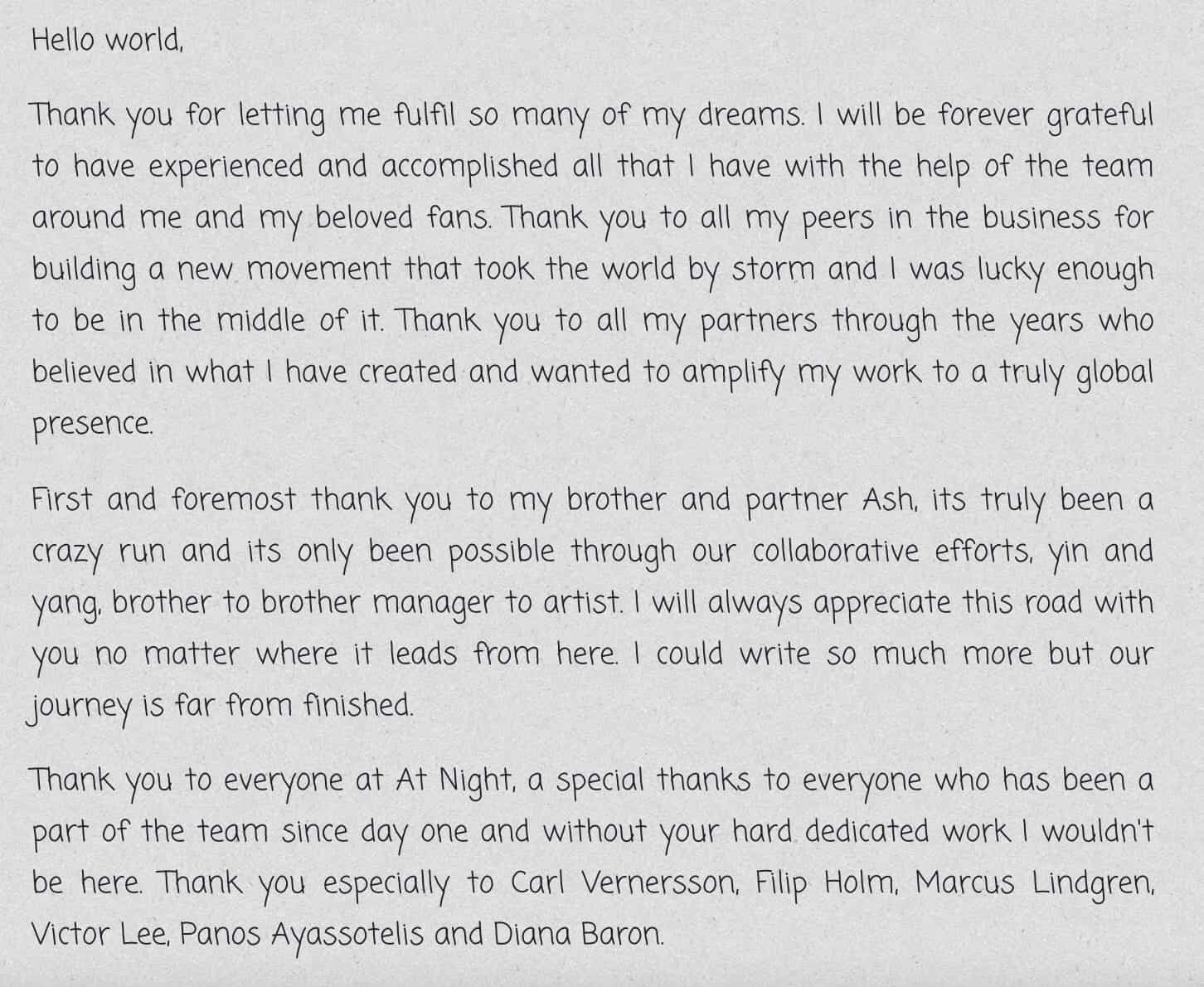 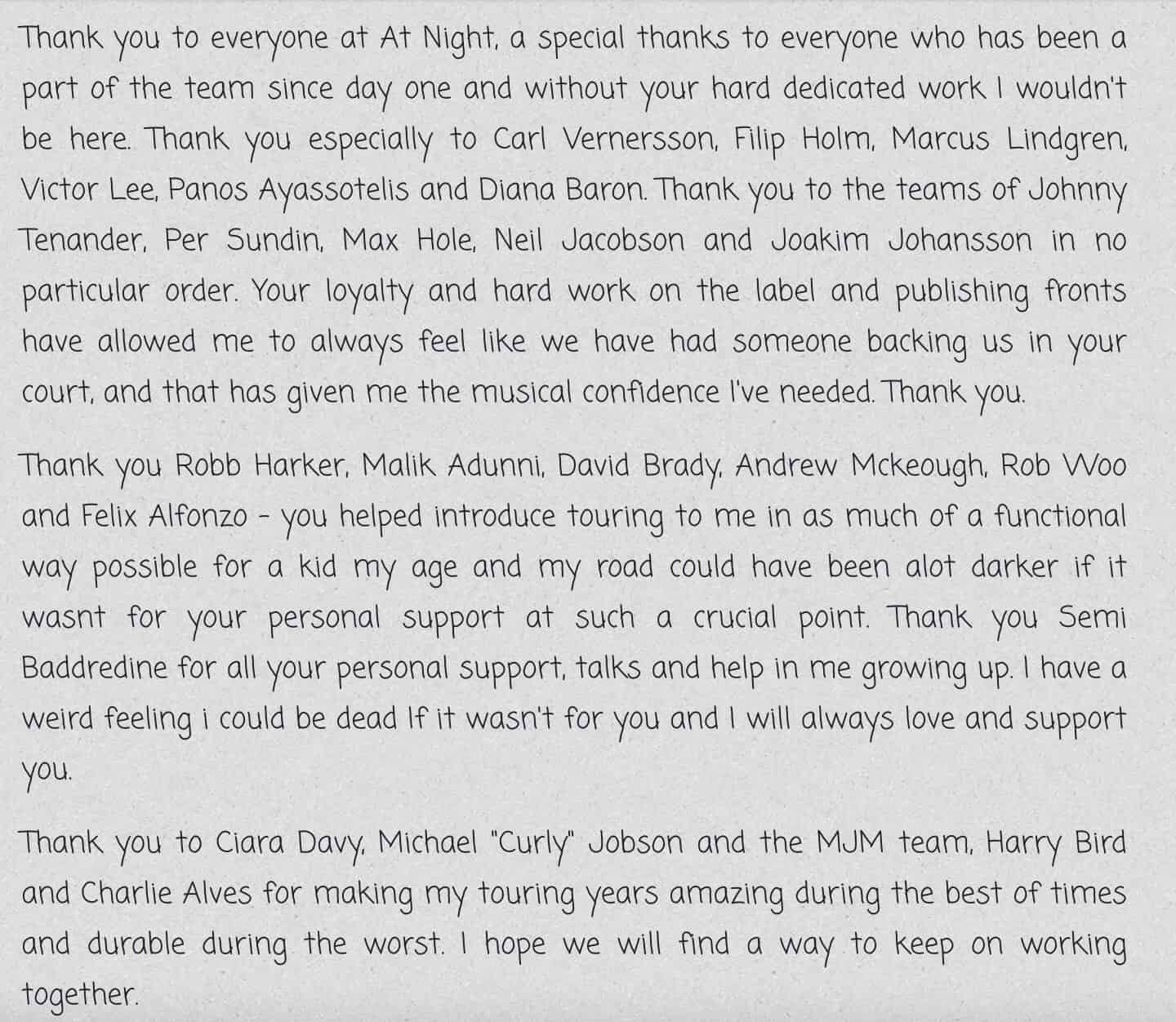 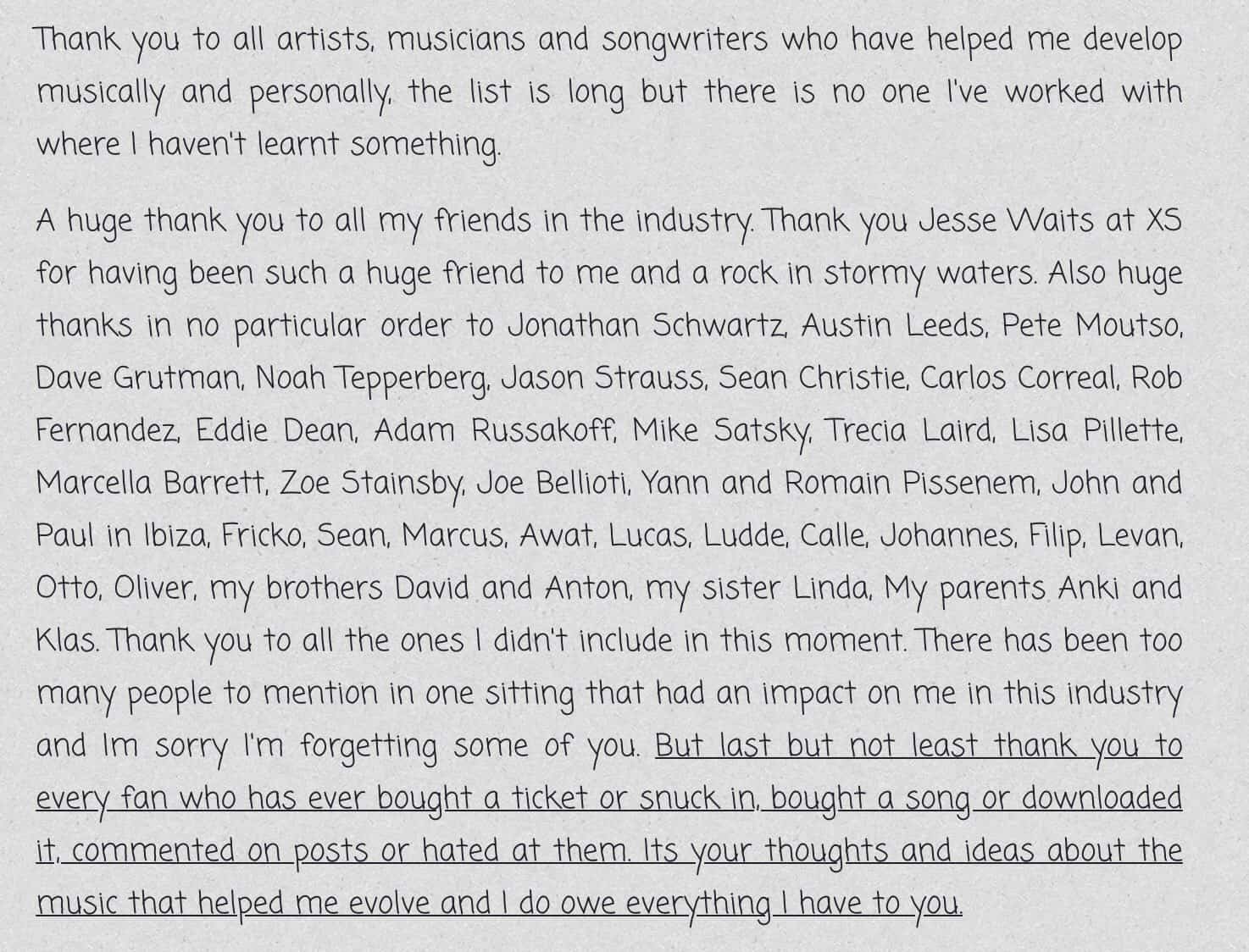 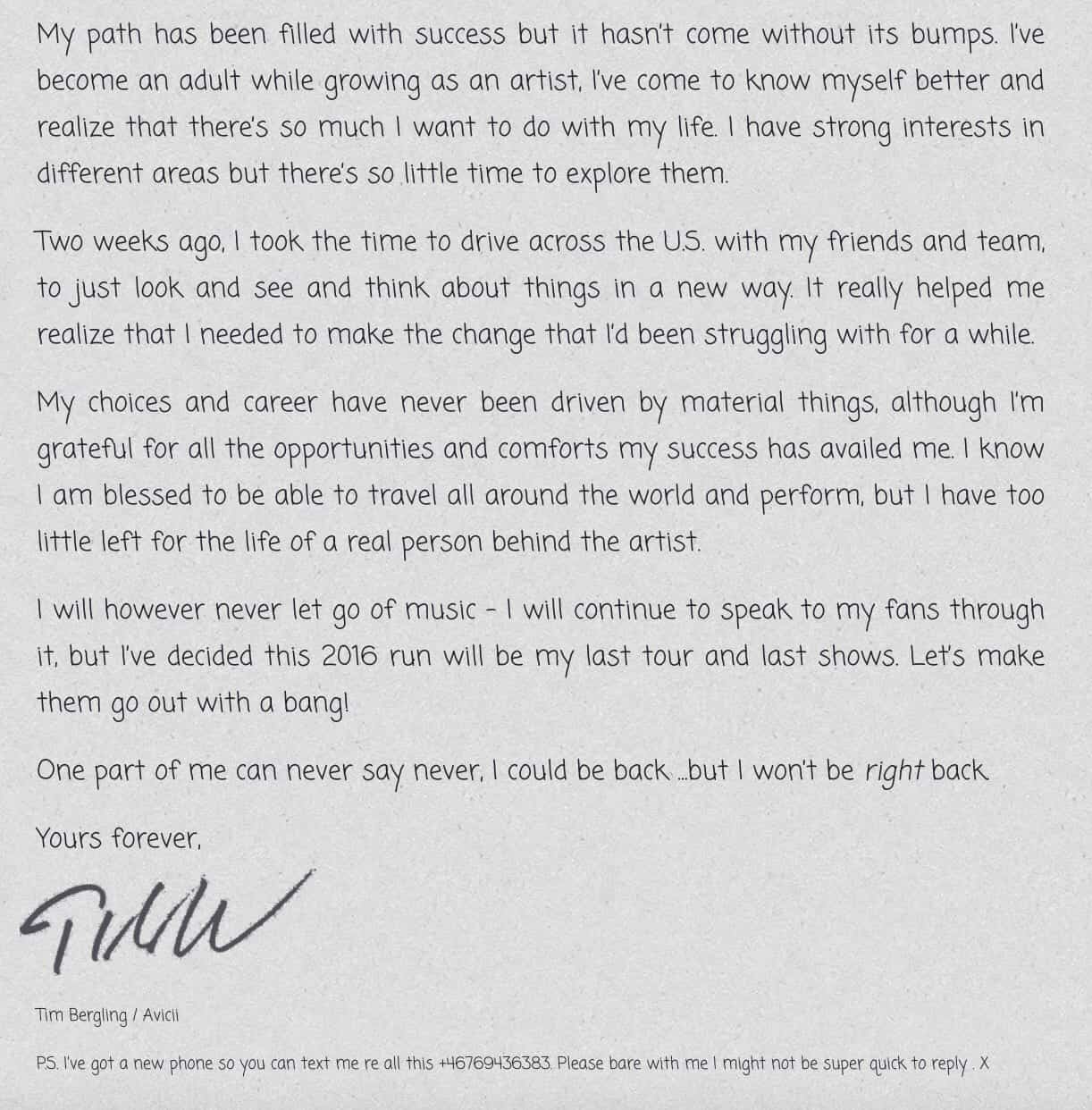