Since the death of Avicii in 2018, the music industry has been lacking imagination, but one act looking to change that, has been Camelphat. The Liverpudlian duo have skyrocketed since releasing Defected anthem ‘Cola’ after a long and distinguished career producing anthems on Axtone, Spinnin’ and many more, such as ‘Paradigm‘ and ‘Constellations’. Now, their work is being recognised, and in the best way possible… Through record sales. The UK pair took to their socials to express their joy at the news, adding a quote which read: “Beatport all time biggest sellers!”

The reason for this is that Camelphat – who also released their incredible ‘Dark Matter’ album last year – are now sitting at the summit in the Top 100 (All Genres), and they’ve beat some truly stellar competition to the title. Making up the rest of the list are the likes of Purple Disco Machine, Green Velvet, Artbat, Hardwell, Don Diablo, Maceo Plex, and Oliver Heldens, with the latter scooping the title as 1001Tracklist‘s top producer last year, an award based on stats alone regarding DJ support. Headlining the Steel Yard stage on the final day of Creamfields 2019, Camelphat have emerged as dance music’s most premiere name in recent years. Playing across several esteemed festivals such as Tomorrowland and many more, the pair will also headline Wembley Arena next year as part of their ‘Dark Matter’ tour.

Teaming up with several high-profile acts such as Cristoph, Elderbrook, Foals, and Oasis legend Noel Gallagher on their hits such as ‘Hypercolour’, ‘Be Someone’, ‘Panic Room’, and ‘Not Over Yet’, the duo have also held down an Ibiza residency, performing alongside tech-house giants such as Solardo, Chris Lake, and loud-shirt wearing Aussie maverick, Fisher. You can check out the post from the Camels below, and in the mean time, we want you to get in touch on our socials and tell us the name of your favourite Camelphat track! 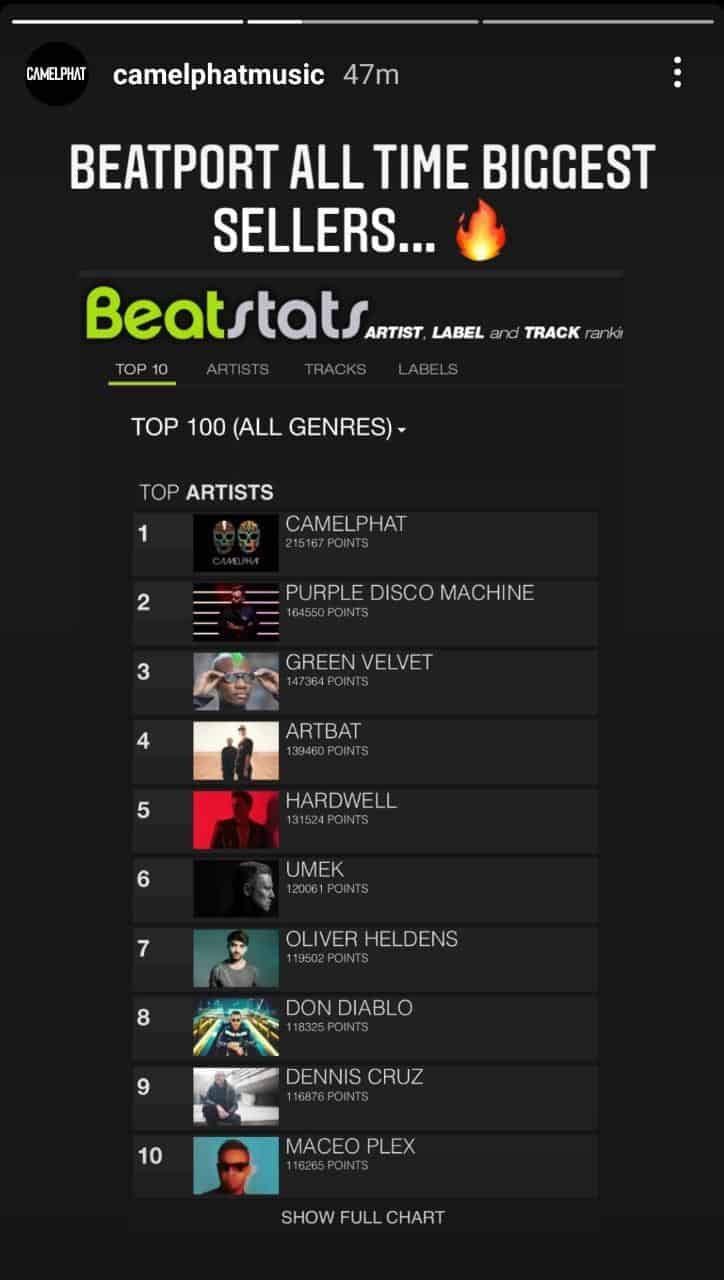